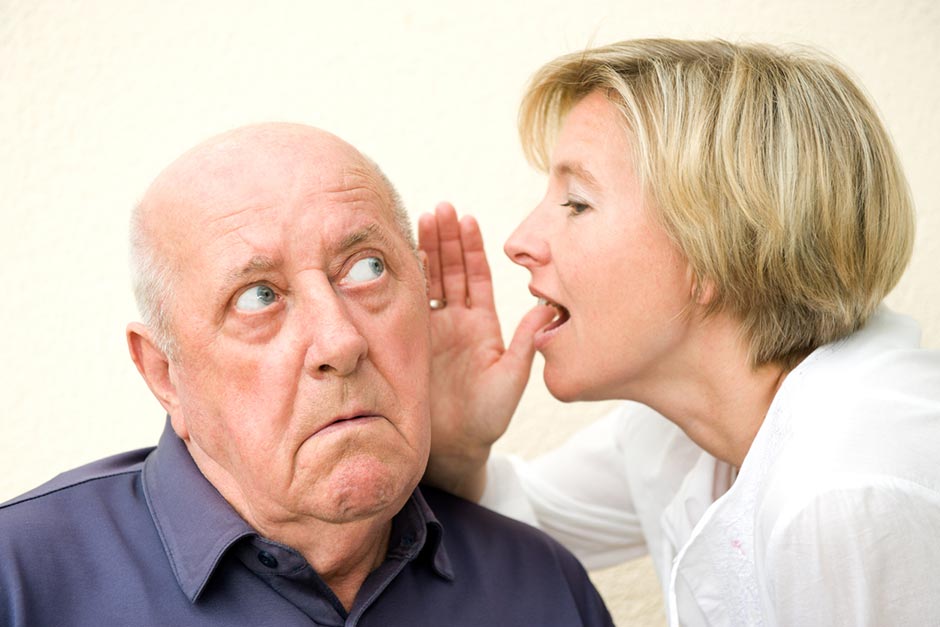 By now, you’re probably convinced your significant other has selective hearing.

After years of repeating yourself or just feeling ignored, you may be wondering if something is actually wrong with your speaking voice. Are you speaking too softly? Do you, in fact, really mumble? But you notice the television’s volume has grown louder in recent months. Last week, he had difficulty placing an order at your favorite burger joint. And he’s all but stopped attending his monthly poker game but won’t tell you why.

A hearing impairment could be at the core of all these hypothetical problems. As you get older, hearing loss becomes a profound problem for both women and men. In fact, more than 48 million Americans experience some type of hearing impairment. From a societal standpoint, it’s only going to get worse. According to a 2017 study published in JAMA Otolaryngology-Head & Neck Surgery, the number of adults with a hearing impairment will increase exponentially in the next 40 years. That translates into much more spending on hearing devices and audiologist services.

When it comes to your relationship though, hearing loss can be a silent killer. That’s because communication suffers when someone can’t hear well. That doesn’t just mean your husband “forgets” to pick up orange juice on his way home or doesn’t remember that your niece has finally set a wedding date. In reality, hearing loss can create much deeper divisions within a relationship. Of people who experience a hearing impairment, 44 percent say the condition created problems with their significant others, and 35 percent said hearing loss caused romantic relationships, including marriages, to end.

Whether discussing something important, like finances, or something trivial, like what’s for lunch, communication is key to solid relationships. A hearing impairment can cause the big details, or ones that are seemingly insignificant, to slip through the cracks. When that happens, frustration builds. 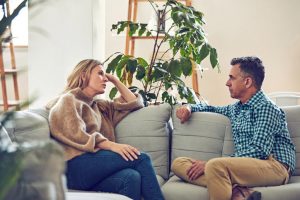 Frustration often leads to resentment, which causes even more breakdowns in communication. Ultimately, emotional intimacy suffers, leading to feelings of loneliness and isolation in even the most solid relationships. According to a 2007 survey, 35 percent of people said the relationship with their significant other suffered the most following a diagnosis of hearing loss.

Communication breakdowns aren’t caused simply because one party can’t hear. They may also come about because the hearing individual changes his or her communication style, either out of convenience or frustration.

Consider this scenario. Mary returns home after taking her mother to a doctor’s appointment. Her husband asks how it went.

“Not as well as I’d hoped. The doctor wants her to take a new medication that could potentially have some bad side effects. But it could prevent the need for surgery,” she said. 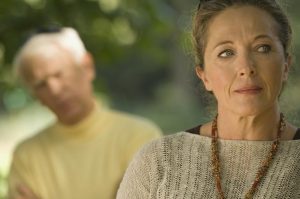 “Well, she’s going to start a new medicine, but may not need to have surgery,” Mary says.

“So she’s going to have surgery?” he responds.

“No. No surgery. The appointment went fine,” Mary says.

Because of her husband’s trouble hearing, Mary wasn’t able to communicate effectively. She omitted important details out of sheer frustration instead of making sure her husband fully understood what occurred during the appointment. Her husband is left without an accurate picture of the situation, and Mary feels isolated since she can’t fully discuss her mother’s health with her husband.

“She Said Something Hurtful”

A hearing impairment can also cause mix-ups in conversations, leading to hurt feelings and animosity. Words get misconstrued, context confused and important details can slip by, causing contention. It can be a rather jarring juxtaposition in long-term relationships when one partner suddenly starts saying mean or hurtful things to the other. In actuality, this may not be the case at all. It may just be that the person didn’t hear everything that was said or didn’t ask for clarification due to frustration, embarrassment or anger.

The problem can also cause people to behave differently in social settings. Those with a hearing impairment may suddenly start interrupting people while they’re speaking or joining conversations inappropriately. These impolite acts that seem out of character may cause loads of embarrassment for both parties.

“I Miss My Husband”

If it’s difficult to participate in conversations, people with hearing loss may withdraw from social activities they once enjoyed. This can be confusing and frustrating for a partner who misses dinners out with friends or going to the theater.

At home, couples may not joke around as much, or they may stop taking part in activities they once enjoyed. Even something as simple as watching television together may cease due to disagreements over volume, or television may no longer be enjoyable for the partner with hearing loss.

When these things change, partners feel a keen loss of companionship. There’s an acute sense of isolation that comes when one partner isn’t fully engaged in a couple’s life together.

Fortunately, this is a problem with a straightforward solution. Hearing aids make a world of difference for couples 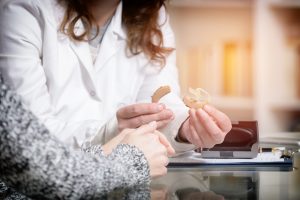 dealing with hearing loss, helping restore emotional intimacy and communication. The hearing partner can also learn better ways to communicate with someone suffering from a hearing impairment.

For help, start with an audiologist. He or she will conduct a hearing screening to determine if your significant other is experiencing hearing loss. If so, he or she will also recommend a solution to improve the situation.

Don’t wait until things have deteriorated in your relationship to seek help. Resources are available that can improve your communication and prevent feelings of resentment or isolation from growing larger. 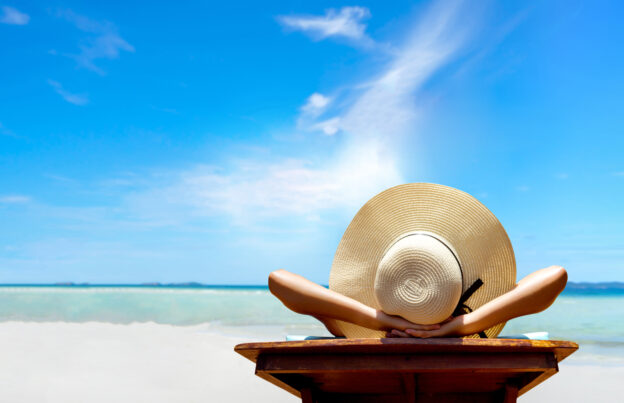 Is Heavy Weight Lifting for Women Over 50 a Good Idea? 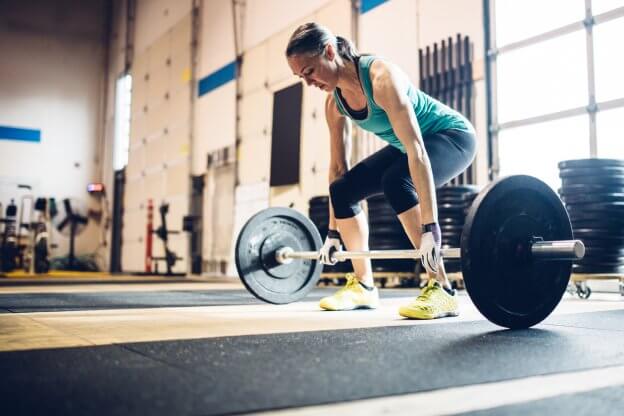 How to Create a Beautiful Backyard Entertaining Space 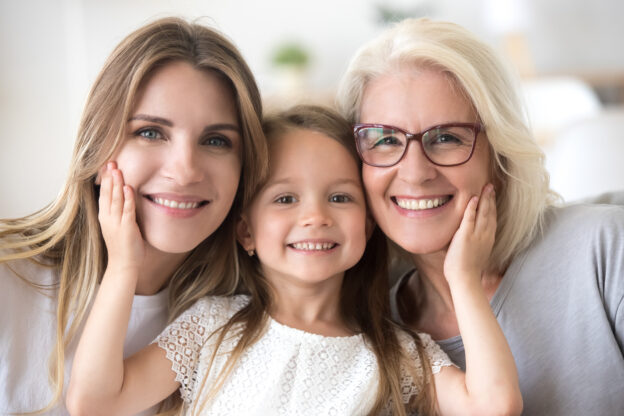 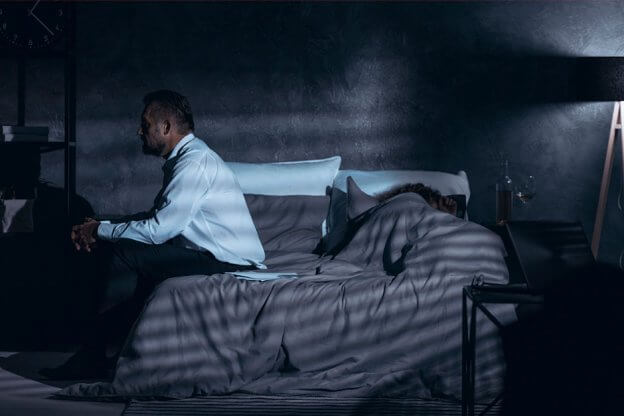 My Tree of Forgiveness Has Deep Roots

Getting Over Your Grief: Learning to Let Go After a Loss

Planning a Second Wedding? How to Make it the Perfect Day

The Grief Project: Surviving Grief Through Acceptance and Appreciation