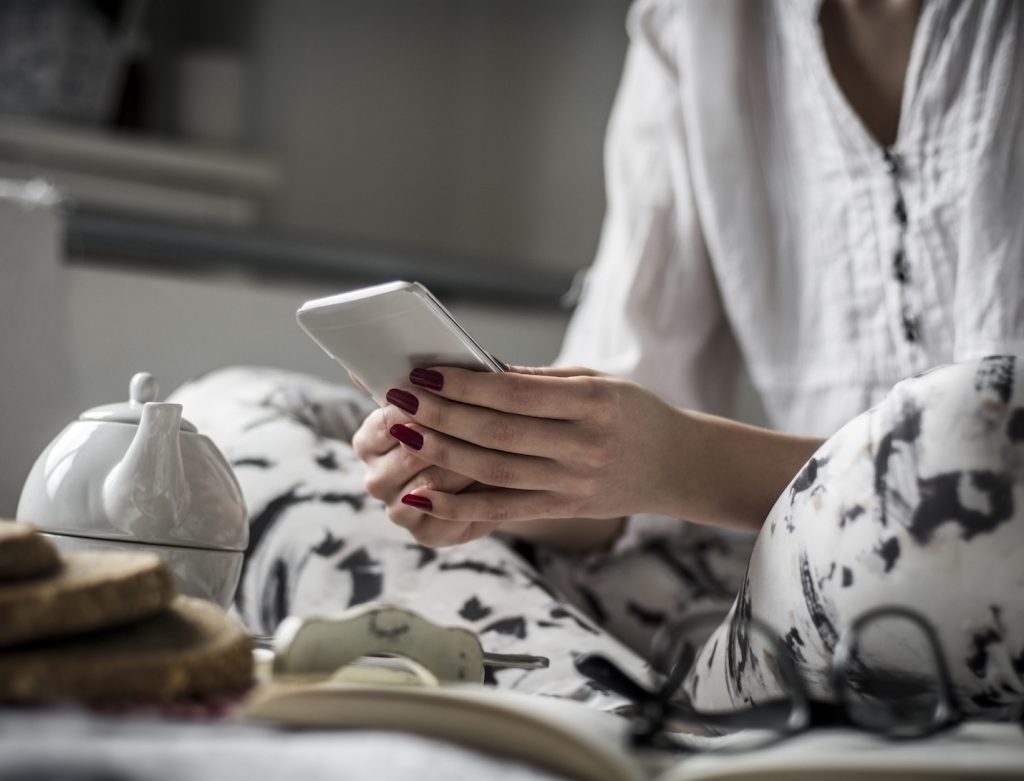 How Tinder Gave Me My Groove Back

It wasn’t something I’d expected. I didn’t write about it in my Jan Brady diary with the butterflies on the cover when I was 10 years old. I didn’t plan on my husband leaving me for another woman. I didn’t schedule the year of crying that followed. I had no idea my friends would eventually intervene with a pitcher of margaritas, a bag of sexy clothes, and a cellphone.

That last part is how I came to be a 50-year-old woman on a dating app. With Tinder, even someone my age can find a date, possibly more, certainly less, with just the swipe of a finger.

At the time, I just wanted some attention.

I wanted a man to look at me, listen when I spoke, pay me a compliment, maybe buy me dinner, and allow me to feel like a woman — as opposed to the broken heart I’d become.

I was terrified. I’d never dated — I got married early because it allowed me to avoid dating — but I didn’t want to spend the rest of my life without a companion. With most of my demographic coupled and my being past the age of bars loaded with frat boys, it seemed like an app was my only choice.

I was terrified. I’d never dated — I got married early because it allowed me to avoid dating — but I didn’t want to spend the rest of my life without a companion.

I knew Tinder’s reputation as a hook-up app, but I didn’t know what “hook-up” meant. So I looked it up. Really? Was this my life now?

But I soon discovered that most of my single friends were on Tinder. It made me feel a bit better. And — better still — I found there were boatloads of men who wanted a date. I quit my crying, used my self-help books as fire-starters, and booked my first date.

He was a construction worker from Liverpool. And he was bald. It scared me. I’d never touched a bald head. On the phone, he sounded like Paul McCartney. We made a plan to meet at a gastropub. It took me three glasses of wine to figure out what to wear and two more to get out the door.

>READ: WHY BAD DATES CAN BE GOOD FOR YOU

He did send me a picture of his penis. That scared me, too. I saved the photo nonetheless. Since then, my man-part photo collection is trumped only by my collection of Madame Alexander dolls.

I knew Tinder’s reputation as a hook-up app, but I didn’t know what “hook-up” meant. So I looked it up. Really? Was this my life now?

My second date was with a 56-year-old “rock musician” who was, in actuality, a 75-year-old psychoanalyst who played a yearly “bar-be-cue” in his back yard — with three friends. They knew three songs. Apparently the potato salad was awesome! I know this because he told me. He dumped me via text the next day. (The advent of technology has not only made it easier to date, it has also made it easier to dump.)

It was date No. 3 that was the game-changer: a retired Army vet so far outside my Ivy League, uber-successful, parent-pleasing doctor-lawyer parameters — which had thus far provided me with liars, cheaters, and pervs. He showed up to the restaurant in flip-flops and a T-shirt. Shoot me now. He didn’t drink, so I drank a lot.

But by the end of the night, when he traced circles around my wrist with the tip of his finger, I had Jan Brady butterflies. And when he gave me that first kiss, I morphed into my 15-year-old self and those butterflies flew free.

>READ: TOP 3 MYTHS ABOUT DATING AFTER 50

For more from P. Charlotte Lindsay, go to pcharlottelindsay.com.