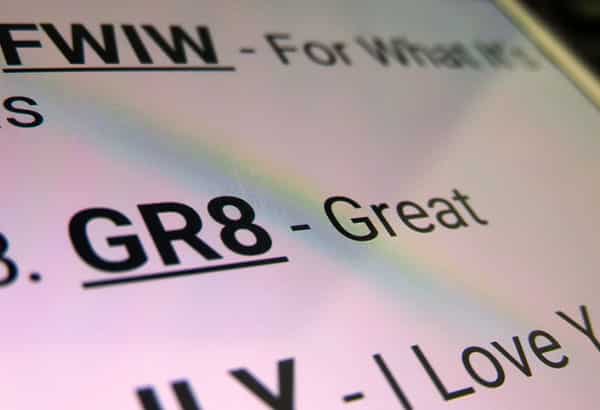 They Pop Up Everywhere! 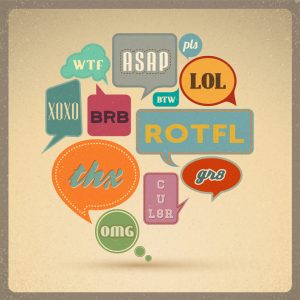 You cannot read an online news magazine or blog without the copy being chock-a-block with acronyms. Many of which I believe are made up on the spot just to make the reader feel clueless. My go-to source for what the latest initial letters of words mean is U.D. or Urban Dictionary, an app that can be secured at Apple’s store to explain these popular acronyms.

Most of the following came from U.D. or a daily newsletter that I get called “theSkimm” which is a lighthearted look at current events. Obviously written for someone much younger than me, it is fun to look at the world through the eyes of an “X-er” or “Millennial” at times.

However, a good many of these acronyms were taken from magazines like Elle, Vogue, Vanity Fair, Marie Claire, and even Martha Stewart’s Living. Like I said, they show up everywhere along with really annoying abbreviations like “merch” for merchandise, and “derms” for dermatologists. These shortcuts sound stupid to my “prime ears,” but maybe you live in a world of young people and have to adapt to these conventions. If that is the case, I have the names of several great psychologists and psychiatrists if you are in need. As kids say now, “I feel you!” Oh, I seriously doubt that statement.

Acronyms That I’ve Run Across in the Last Month:

Hopefully, you learned a new phrase or picked up some popular acronyms here and feel quite “with it” as you go about your day. Care to make up some acronyms of your own and share them? We will do our best to get them in a soon-to-be published edition of primewomen.