Are You Supporting the Success of Other Women? - Prime Women | An Online Magazine

Throughout history, there have been many instances of women helping women. Yet, in modern times, there are just as many – if not more – instances where women have failed to do everything in their power to support the success of other women. What about you? What side of the fence are you on?

The Suffragette movement is a shining example of the power that women can exercise when they really want to. For hundreds of years, women were denied the right to vote in public elections. Essentially, there were treated as second class citizens.

In the late 19th and early 20th centuries, women organized together to enable women’s voting rights in the U.S. The suffragettes, as they called themselves, participated in acts of civil disobedience and direct action on behalf of women everywhere; women they didn’t know and women they would never know. The suffragettes selflessly acted for generations of future women everywhere. Eventually, the movement prevailed and women were guaranteed the right to vote – right alongside.

What is Your Role in Women Helping Women? 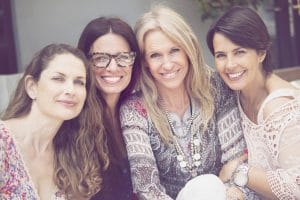 By your daily actions, you impact how other women in business roles are treated. You may not even realize your own power, but it’s there.

Unfortunately, some men have the tendency to judge all women by the few they encounter in the workplace. That’s why your behavior and actions have such impact. If your example is set to a high standard, then the men you work with will have a favorable and respectful opinion of other women in the workplace. Now, no one’s saying this is fair or right. After all, every person should be treated as an individual. In reality, though, that’s not always the case. Entire departments may be judged unfairly simply because their department head is a woman.

How to Support the Success of Other Women

There are lots of opportunities for women helping women. As a businesswoman in power, you can lend a hand to support other women who are either struggling to come up or just getting started. Here are some ideas to consider:

Volunteer as an SBA Mentor

Many women are entrepreneurs who are trying to learn the ropes of being in business. As a Small Business Administration mentor through the SCORE program, you would offer your valuable insight and experience to women (and men) who need it. There are many men who volunteer as SBA mentors. But for a new female businesswoman just starting out, it would be especially comforting to get a woman’s perspective of the marketplace and how it works.

Support Programs in Your Workplace

As a woman, you understand firsthand the challenges of juggling motherhood with career. When given the chance, support programs in your workplace that support women who are trying to achieve that work/life balance.

These programs might include extended maternity leave, workplace daycare facilities, flex time so that women can be home with sick children, or daycare cost supplements. You might even try to establish new programs at your own firm and lead the example of women helping women. 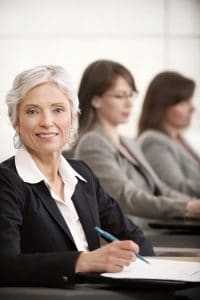 Competition in the workplace is natural; some might even say necessary. You shouldn’t feel guilty about feeling competitive with another woman. But if that feeling isn’t really work competitiveness and it’s just petty jealousy, that’s a different story. Avoid those kinds of empty jealousies based on prejudice, especially when they’re directed at a new hire.

Instead, try to get to know the woman as a person. Learn what the two of you have in common and work from there to build a solid foundation for a work relationship. You don’t have to be best friends, but you can learn to support one another in the workplace as colleagues. Be warned, too, that others may try to pit you against one another simply for entertainment.

Run Your Own Success Program

Have you ever thought of becoming a life coach? You could empower other women to succeed through your own program. Starting such an endeavor may feel daunting, but if you start to think in terms of how much you’ve accomplished in your own career, it will be easy to see how much you have to offer. Other women want and need life coaches who understand what it’s like to be a woman trying to make it in a man’s world. You might just be the woman to show them how it’s done.

These are just  a few of the ways you can support the success of women around you and women you may never meet. Just like the suffragettes, what you’re fighting for is a worthy cause. The right for equality in the workplace and the right to be seen as a person rather than an object. Don’t be intimidated by the undertaking. When all women support one another in this way, success is within reach.