How to Take Constructive Criticism in 6 Steps: A Priceless Gift

How to Take Constructive Criticism in 6 Steps: A Priceless Gift 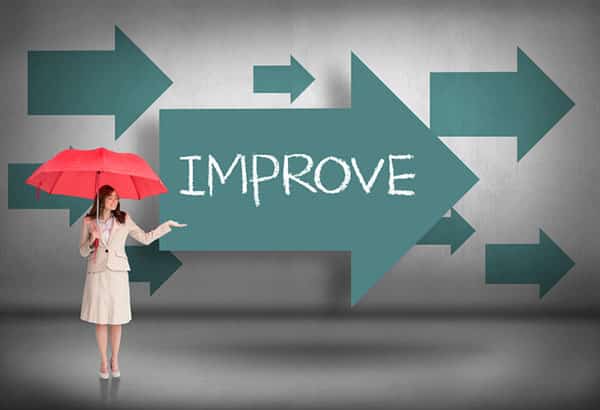 Prime Women asked me to write about this subject, as it is something that has been asked by readers: How should you take constructive criticism?

It is one of those interesting topics that I thought many would have a view on. They do! I put it out on social media channels to see what others think. Despite the specific question “How do you take constructive criticism?” the plethora of answers nearly all focused on the giving rather than the receiving – and generally it was around, “…you shouldn’t give criticism, but give positive feedback.”

Now, I have an embarrassing story at this point – I posted this question on both Twitter and LinkedIn and most of the replies were on LinkedIn. I have been dilatory in writing this blog

and this evening discovered that LinkedIn’s changed settings means you can now only see a month’s activity! So to all those who shared really excellent insights, my apologies not to repeat them here.

Thank goodness for Twitter – and I was able to rescue Simon Hill’s comment (thanks, Simon) where he points out that it is harder to give constructive criticism than to take it. As a CEO of a large organisation, he would know.

Despite the different views on this subject, as a leader I think it is an absolute basic requirement to take criticism constructively. It is something I have steeled myself to do over a long career – my natural instinct was to become defensive or to ignore the comments. Yet this feedback is one of the most useful gifts any leader will ever receive.

Each year we hold a formal business planning day with all our team. I always get an external facilitator to do this – we are a small business and it is easy to become ‘group think’ or for me, as the boss, to quash feedback and innovation. I hope our business generally has a culture of giving honest feedback, but I think you need also to create specific occasions and give permission to everyone to give constructive criticism.

I remember one year my team had given me a lot of this constructive criticism and at the end, a colleague said, “…not sure if we’ll ever be able to work anywhere else, would a boss take this amount of feedback?”

I think this is one of the hardest things to do as a leader – it has certainly been one of the toughest things I have had to learn. So what have been my own steps in this learning?

I used to be quick to anger – on all sorts of things. I was a very young manager and a rare female, and I think I had an exalted view of my position when I was younger. I soon realised that my heated responses were making me look foolish. So often I responded to things I didn’t know or understand and simply was wrong. I changed my response to anything I didn’t like or felt critical about. I took a deep breath and said nothing.

The next step was to turn around my personal response and become interested in what I was hearing. This made it a more factual discussion than personal. By asking questions you also really understand what someone is telling you – this is important because, bearing in mind all the comments about it being harder to give criticism than receive it, the person telling you may feel nervous and not immediately get their story straight.

Whether you agree or not with what you are being told, there is always something to listen to – even if it is to understand the other person’s perspective. Listen, ask questions and think about how things are looking from other people’s viewpoints. If it’s not clear, clarify.

4. Play back the key points

It’s worth recapping the points that have been made to you and checking with examples, what the points are. If you aren’t used to taking feedback, you may be slightly numb initially and not fully take in what has been said!

However hard the process, as Simon Hill says – it is probably harder to give constructive criticism than to take it. Feel for the person giving it to you. Rarely is this a spiteful or aggressive issue – more that someone wants things to improve. For everyone. Thank the person giving the feedback, it isn’t easy.

6. Agree to a follow-up meeting

You may want time to think about your own response to the feedback, or discuss ways to change your behaviour at the time. Either way, it’s useful to agree to a time for a follow up discussion and get further feedback on how you are changing and if it is improving matters.

That is my six-point action plan for taking constructive criticism – anything else you would add here or disagree with?

And thanks again to everyone who offered their views on this – all helpful.

If you are interested in more personal/professional development tips, read Are You the Oldest in the Room, Even When You’re Not?