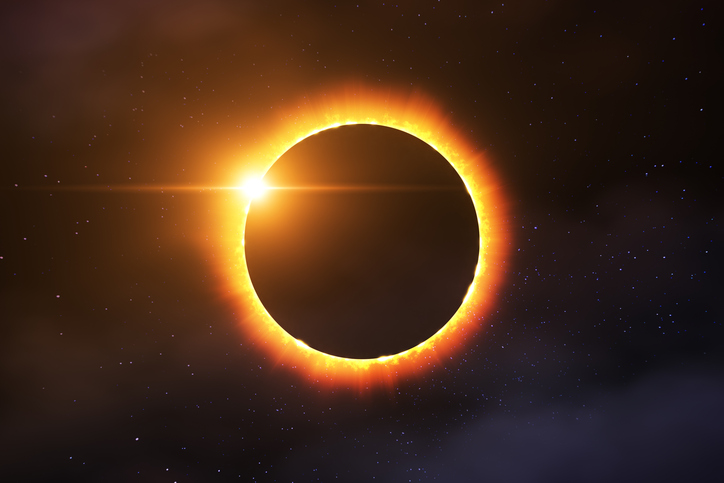 There was no need to don your eclipse viewing glasses when the moon began it’s path over the sun to know that the solar eclipse in Jackson Hole was underway. The temperature dropped suddenly, the birds fell silent and our three year old lab kicked into overdrive, running around all of us gathered to watch the eclipse a quarter of a mile east of the Snake River. While it was fascinating to watch the moon gradually eat up the sun Pac-Man style, the real thrill was in watching  the moon’s shadow rushing toward the Teton Mountain range and then gradually plunging the mountains into darkness. Only then was it safe to remove your special glasses and observe the sun’s awe-inspiring corona during the 2-1/2 minutes of totality.

Our little group was just one of thousands scattered around the Jackson Hole valley. Within just a few miles of us, more than 700 cars lined the Gros Ventre Road to view the total solar eclipse in Grand Teton National Park. Thousands more were spread throughout the valley. All incoming flights were full and every road leading into Jackson Hole jammed with cars and RVs. In fact, the whole state of Wyoming may have doubled in size the day of the eclipse, making the least populated state in the nation move from 50th to 43rd in state population rankings.

For the rich and famous, the Jackson Hole airport parked tankers of gas near the parking lot to be able to provide fuel for all the many private planes flying in for the event. Just up the road from us, a large party tent with tables was erected to view the eclipse, where reportedly, Peyton Manning and his family attended. No reports on nearby neighbor Sandra Bullock who would have had her own excellent view of the solar eclipse with the Grand Tetons as a backdrop, but we did spot long time Jackson Hole resident, Harrison Ford, his wife Calista Flockhart and family in town a few days prior to the eclipse.

If you’re wondering why so many people would make such an effort to watch something that lasted a few hours in total, just ask David Grinspoon. He’s perhaps the most famous astronomer not named Carl Sagan. He currently serves as an adviser to NASA on space exploration strategy, studies the cosmos, planetary evolution and the conditions necessary for supporting extraterrestrial life. In a recent interview with Jackson Hole Daily, Grinspoon described the total eclipse as the most extraordinary natural phenomena, by far, that you will ever experience.

“You have this moment of really being able to see the motion of the Earth and the moon. At that moment when everything comes into alignment, and you see the moon travel in front of the sun and block it out, then stars come out and you have this real gut feeling for the geometry of the universe that we live in. It’s like the veil comes off the heavens for a minute.”

Another reason for all the hype was that the total solar eclipse that crossed the United States from coast to coast on August 21st was the first in 99 years. The total eclipse in 1878 traversed Colorado and lured the era’s preeminent scientists to the region. One of the eclipse chasers was Vassar astronomer Maria Mitchell, who assembled an all-female expedition to Denver to show what women could do in science (pictured below), and a young Thomas Edison who would soon light up the world with his most famous invention. 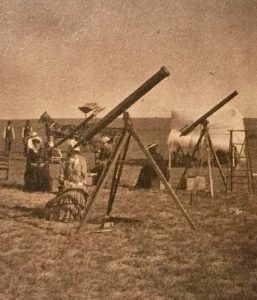 While there were many outstanding photos of the solar eclipse in and around Jackson Hole, my favorite is an Instagram photo (see below) posted by Jackson Hole Mountain Resort of professional slackliner, Alex Mason on a slackline crossing Corbet’s Couloir at the ski mountain during the 2-1/2 minute total eclipse…truly amazing! 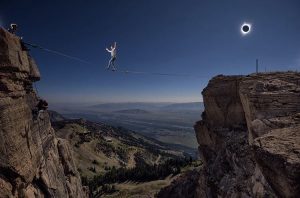