Believing in “Middle-Aged Malaise” Can Become a Self-Fulfilling Prophecy

If there’s anything that people approaching middle age dread, it’s being seen as middle-aged. For many people—women, in particular—the years past 50 represent a decline in vigor and productivity. Yet, just as seniors are healthier and longer-lived than ever before, the next generation down is redefining what it means to be middle-aged. It’s time to reassess those old stereotypes, and explode the midlife myths once and for all! 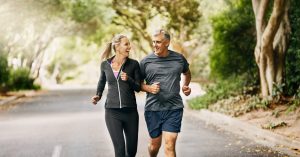 A recent column in Psychology Today pointed out an unfortunate phenomenon concerning ageing. The cliche of the “midlife crisis” is so entrenched in our cultural mindset that it can become something of a self-fulfilling prophecy. In other words, if you expect to become dissatisfied with your life around 50 or so, you’ll probably make it happen.

Of course, there is a logical reason why more adults don’t report dissatisfaction in their younger years—they simply don’t have time for much self-assessment.

If you’re a parent, those early years are a bit of a blur, especially if they have more than one child. Not only are they busier juggling work, marriage, and kids’ activities, but the kids’ aspirations often overshadow their parents. And with or without kids, professional careers usually demand that you keep your nose to the grindstone, without much time for self-reflection.

But heading into their 50s and 60s, many people take stock of how much they may have fallen short of youthful aspirations. It doesn’t help that the media spends so much time celebrating young entrepreneurs, hot shot novelists, and other youth culture heroes.

But you need to shut out those naysayers—especially the ones that live only in your own head. After all, plenty of aging people have had “second acts” in which they were able to focus more on a business idea, career change or any sort of passion project than they could when younger. Midlife crisis – managed.

Myth 2: Retirement is the Savior

Once you hit your late 40s or 50s, job stress can reach an all-time high, making what once seemed like a reasonable retirement age much too far away. But waiting for retirement to cure all your problems can actually put you at risk for a literal midlife crisis when it comes to your mental health.

A study published in The Lancet, a journal of psychiatric research, found there was a correlation between people who reported significant job strain at age 45, and those who developed severe depression and other mental health issues at age 50. The researchers concluded that many of these mental health disorders could have been prevented if the respondents had addressed the job strain when it appeared five or more years earlier. 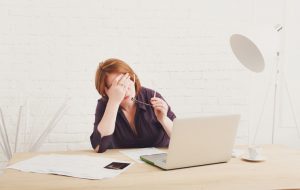 The researchers identified the main components of “job strain” as high amounts of stress, coupled with low amounts of job control. The “stress” category included work/life conflicts, along with the pace and intensity of the job itself. Low job “control” encompassed not just how low the employee sits within the company hierarchy, but how little decision-making opportunities and autonomy the worker’s boss allows.

Now, few of us are in the position to walk away from our current jobs at a moment’s notice. But if you understand that failing to address your current job strain now might lead to a real problem in 5 or 10 years, you’ll come to understand that the danger should be taken seriously. If you’ve been on the fence about seeking a new position, this is the time to take the plunge. Or focus more on improving your current employment situation. If high stress is a factor, can you afford to work fewer hours to improve the pace of your work week? On the other hand, if low control is your issue, would your boss be open to letting you take on more responsibilities? (You’d be surprised how many managers would be relieved of the chance to do so—especially if you’re willing to do it without a salary bump.)

At the very least, look at the rest of your life and see what job/work conflicts you can minimize. Your kids can probably find more rides to after-school activities on their own, once they realize you’re serious about not being the sole chauffeur. And your spouse may be more willing to take on grocery shopping or cooking dinner than you thought—provided, of course, that you don’t grumble about how those tasks are accomplished!

Myth 3: “Midlife” is Just About Your Own Life

Too often, we darkly assume “midlife” means “halfway to death.” And perhaps that’s the term’s origin. But the expression also unwittingly reveals an enormous privilege that too many people overlook.

When we reach our 50s and 60s, we’re also “in the middle” of two generations. At no other time in our lives are we just one degree of separation from two different age groups. And, let’s face it—young adults and seniors don’t tend to communicate with one another outside of family gatherings. These two demographics simply have a harder time relating to the culture and concerns of people who are half a century or more removed from them. Unless a young person is unusually interested in history, or an elderly person is unusually tapped into youth culture—they just don’t interest one another much.

Yet those of us who are middle-aged are within touching distance of both of these groups—and it’s fascinating. We 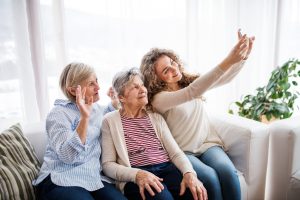 can marvel at our parents’ stories of eavesdropping on their neighborhood telephone party line—while admiring the way our kids’ smart phones helped navigate a long road trip! We can contrast our elderly aunt’s tales of wartime sugar rationing in the 1940s, to our niece’s struggles to find a gluten-free bakery.

And, of course, we’re in the position to think about how some things go full circle. Where elderly people might have memories of growing “victory gardens” and sewing their own clothes out of necessity, millennials are interested in these same practices, for environmental and health reasons.

We can also appreciate the irony of how both of these age groups are now—or once were—dismissed as being narcissistic and selfish. After all, baby boomers were once labeled the “Me Generation,” while millennials get a bad rap for not having ambition. Yet we “middle-aged” adults are in the special position of understanding that these unfair stereotypes don’t resemble the senior citizens and the young adults who are so precious to us.

Too often, the oldest and youngest generations are impatient with one another’s mindsets. But because we are the bridge that ties these two age groups together, we can listen more closely—and understand that human nature never really changes.

As with so many things about midlife, we have an opportunity to enjoy a rare privilege that will fade with time. The trick is to appreciate it while it’s here.