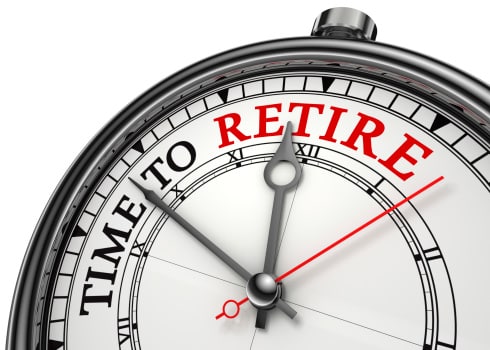 A great question but one that is very broad and multifaceted – and also, needing clarification. What do I mean by “retired” or “early”? And, the word “how”? It is hard to believe that early retirement is possible. As pointed out by Nancy Bearg in the article, Thinking About the “R” Word,  “retirement” is really just a next chapter – moving from one career to another phase and a phase that you get to design, holding on to snippets from your career that you love, moving in an entirely different direction or a mixture of both. Once defined, there are a myriad of considerations in “how” to get there. I did retire, what I considered to be early, so while I do have some perspective, the above question is much larger than can be covered in a single article. So, over the next few months, I will share my experience as I transitioned from my first career to this second phase. But, also acknowledging that this phase is very much a work in progress.

Backtracking a little and somewhat redundant from an earlier article, Retirement – More than a Soufflé, I retired shortly after my 50th birthday. Prior to retiring, I had a demanding and gratifying 28+ year career in the international property and casualty insurance industry, specifically on the financial side. I truly was passionate about my career – I loved the international dimension, including the travel, as well as the chaos and strategic challenges of mergers and acquisitions and the intricacies of finance and insurance. But, as I approached my milestone birthday, I was looking for new challenges and perspective. I was not sure what that would be. I did not have a burning desire to explore anything in particular…I was just looking for a change, a shift in lifestyle and focus. After a lot of thought and internal analysis (I am an accountant by education!), I decided to retire.

So now turning back to the question of “How I retired early?”, the simplest clarification is defining “early.” I announced my retirement around my 50th birthday after a 28+ year career. Over half my life had been invested in my career. It was exciting, but also a little daunting to think that with today’s life expectancies, I potentially had an equal number of years for my second (or possibly multiple) chapter. My retirement was totally self-initiated, not prompted by a major external event or upon meeting any corporate milestones. “Early” for me was closing my insurance executive chapter while in many respects, it was at its prime. Which leads to the “how”…

The “how” immediately brings to mind the logistical ability and possibly most importantly, the financial ability to retire. And while I had to address those concerns, giving insights and guidance on the financial considerations is probably left better to others. But, “how” also includes the emotional considerations. I typically thrive on new and a variety of things, quickly becoming bored with routines. But at the same time, I, like many, struggle with change. I want it all – the comforts of the old and known and the excitement of the new. I had to weigh my desire and motivation for change – was I really wanting to close the door on a career which was familiar, rewarding and in which I was successful? My career had been a huge part of my identity for 28+ years, both professionally and socially. It also had kept me relevant – pushing me to be on the cutting edge, even when at times, I wanted to just follow the pack. So, who would I be in retirement? Would I become obsolete? And where would I find intellectual stimulation? There were a wide range of inner questions/concerns and many of which were dependent upon my definition of “retired”…

So what would retirement look like for me? Would the “R” word for me be a reinvention or re-imaging? Did I really want the structure and demands, albeit different, of a second career or the flexibility and spontaneity that had often been lacking in the past? And if the flexibility, what was I really going to do each day?

As mentioned above, my retirement is still a work in progress – even after four years! But, I truly am comfortable with my decision to retire early and thrilled to have the chance to design this second phase. Far from perfect, over the coming months, I will share my journey and hopefully, give a few insights on the “how” for whenever others decide to open their next chapter.

The Cocktail Party Answer to “What Do You Do?” – After Your Retire

Retirement – More Than a Soufflé