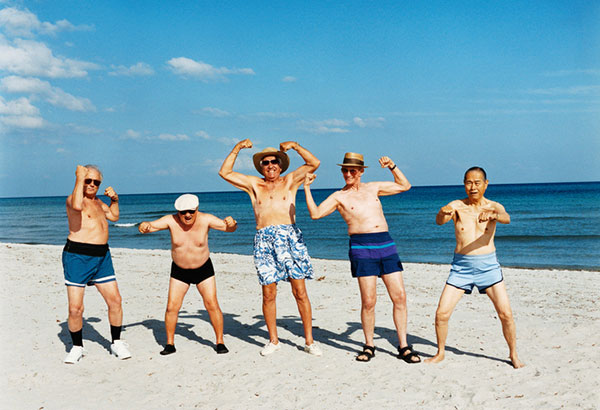 I was finally ready to start dating again. The moment I had my third glass of wine and hit the submit button on my dating profile, I knew I made a terrible mistake. It wasn’t because I quoted Eleanor Roosevelt as part of my biography, or stated that I had no desire to be adventurous in any way. It wasn’t even that I clearly stated that the youngest of my three children was still in high school and my first priority, (a known no-no on dating sites). It was merely because my profile picture showed a slightly wrinkled cleavage. When you zoomed in on the picture…it was there. By the fourth glass of wine, I was trying to figure out how to delete everything. 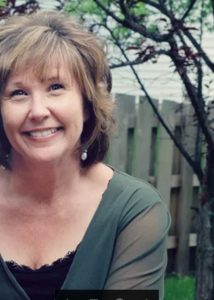 Do you see it?

After sleeping in the next morning (for obvious reasons), I was stunned to find that I had several men who invited me to view their profile. WOW!! So this is what is would be like to start dating again in my 50s! Mature, sexy men who appreciated a woman who likes to lounge all over the couch…oh wait…there must be a mistake.

These aren’t the men I wanted to be matched with. Why is this guy sitting next to his mom with a poodle on his lap? Why is this guy in a yoga pose in a banana hammock? Have the police looked at this site to search for the guy who took a profile picture with a skull in the background and a swollen lip? Who is this woman and why does she have an adams apple and exquisite cleavage?

And so, my friends, the adventure began

My girlfriends would receive regular updates and screenshots of my matches. Each would come with my comments and snappy judgement. “Oh look girls, he’s wearing a cardigan! I had no idea Mr. Rogers was on the dating scene.” ”Did you see that blue velour couch in the background, is he an Elvis fan?” Yes, I was horrible, but so was the guy who posed naked with a book over his junk on a beach lounge chair. He was hot, but horrible.

Did I mention that I was able to invite men to view my profile? I always picked the wrong type. The guys that would suggest meeting in a forest preserve or ask if I could drive since they’d lost their license.

Eventually, however, I went on a few dates. My first date was a widower who mentioned that he loved to date teachers because they were “wild” during summer break. I’m not a teacher. He also loved to attend single events and suggested I go because everyone drank too much and ended up “together.” He also used air quotes way too much, and he had bad shoes.

My second date was a guy that mentioned his kids were horrible human beings who only wanted him for his money. He was also the guy that treated the restaurant staff with dripping contempt. I wanted to spit in his food.

There were a few dates after that, but I don’t remember much. It wasn’t that I was drunk, it’s merely a survival tactic. I erased it from my memory so as not to burn my psyche and cause extreme mental anguish.

Then, along came Jim. Jim was normal. Jim was funny. Jim was easy to talk with. Jim was recently divorced after 30 years of marriage and it wasn’t his idea. I liked Jim. In fact, after three successful dates, I thought Jim and I might have something. Until Jim couldn’t stop crying. These weren’t silent tears, these were sobs of despair. Jim missed his wife and it would hit him while we were in public, walking along the lake or eating a good meal.

I started carrying Kleenex with me at all times. Jim sent me a goodbye e-mail and told me that he was getting back together with his wife. Great news girls! I reconciled a broken marriage.
Oh, and I may have almost run over a guy that tried to put his tongue down my throat in a restaurant parking lot after the first date. No charges were filed.

So, I gave up. I told my girlfriends that I was done. That I didn’t need a companion. I had a good job and great kids and a really nice, warm, fuzzy robe. I was ending my subscription to the alternate universe of dating. I mentioned that, over several margaritas, across from my girlfriend Barb, who does not accept my BS and knew full well that if she didn’t intervene, she’d be forced to continue driving me to colonoscopies and dental work. And that was when my universe changed, my world re-aligned and the stars shined brighter.

Stay tuned for more from Lore on her decision to start dating again, which follows her journal – The Grief Project. To catch up on her background story, start here.  AND for tips on successful online dating from an expert, try this, from Nicole DiRocco of “Dating with Grace.”

Looking for some tips for dating online? Watch below and subscribe to our YouTube channel for more lifestyle, fashion, and fitness videos.

The Grief Project: Surviving Grief Through Acceptance and Appreciation

The Grief Project: A Kitchen Remodel and a New Future

The Grief Project: I See Dead People, but Crazy Isn't so Bad

The Grief Project: A House Guest and an Open Door

The Strength of the Human Spirit and Pastor Squirted