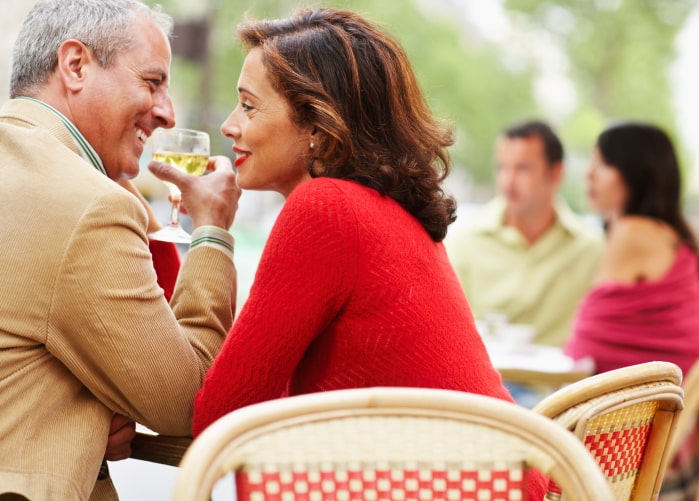 Let’s face it, you probably didn’t foresee the prospect of dating (again) after 50. But life happens, and things don’t always turn out the way you planned. Especially in love and relationships.

Now that you are ready to look for a partner, there are a few hurdles to get over. Likely, before even going on a single date, you’ve ended up with a few preconceived ideas about what it’s like getting back into the dating game. A lot of these ideas may be a little overwhelming, or potentially even draining. Perhaps it’s best to settle on being a crazy cat lady and save yourself from the whole exhausting ordeal?

Don’t get carried away, and certainly don’t accept defeat before you’ve crossed the starting line. There are a lot of misconceptions about dating after 50, and we probably don’t need to point out that many of them are just that – misconceptions.

Dating in your 50s can actually be a lot more enjoyable than dating in your younger years. It just depends on how you approach it. We’ve laid out what misconceptions you need to shelve before you dive back into the world of dating.

Now we’re not going to claim anything crazy like divorcees don’t have baggage. But what we are going to say is everyone has baggage. Trying to put things into neat boxes and claiming that divorcees have more baggage is simply misunderstanding the human condition.

There is no such thing as a person without baggage. The reality, and what really matters, is how people deal with it. This should be at the forefront of your mind when going on any date.

A bold, slightly misinformed concept. Although menopause or impotence can offer challenges, it probably won’t shock you to learn that that the majority still want to enjoy sex, regardless of age. In fact, according to a survey by the North American Menopause Society, at least 50 percent of contributors reported being happiest with their sex life between the ages of 50 and 65.

This is where dating after 50 may be significantly different from how you remember it. Yes, there is no question that young men enjoy the thrill of the chase and conquest of sexual encounters. But the majority of mature men undergo a mellowing of hormones and behave noticeably differently to their more sexually aggressive younger selves. To put it another way, after a certain age, many men simply don’t have the energy or desire to play games.

But let’s not suggest that there are no men over the age of 50 still embracing the player lifestyle. They certainly do exist. But if they tell you they’re finding much success, they may be twisting the truth just a little.

Everyone’s Seeking A Partner Their Own Age

Yes, and no. It’s all a matter of preference. Although some do gravitate towards a partner their own age for obvious reasons, others tend to aim a little lower. Indeed, some men aim for a younger partner as they still want to have children. But there are also those who prefer someone their own age, given the desire for mature company. The point is, there isn’t one defining norm that is applicable to the whole landscape.

Looking For A Wealthy Partner

Perhaps one of the most common misconceptions is that singles over 50 are looking for a wealthy partner or one that can financially support them. We can say whole-heartedly that this isn’t the case, bar the few exceptions that always exist. In fact, singles tend to look for someone who is financially secure and can carry their own weight. Generally, those over 50 are looking for companionship, someone to wake up next to, relax with at home and share the occasional romantic getaway, without finance being a central concern.

No, most people are not less picky in their later years. They are also not prepared to compromise their qualities or ideals simply to find a partner. Many people remain just as picky as they were in their 20s. The catch is that the qualities we look for in our 20s are increasingly less common the more time passes. This results in holding out for a perception of youthful perfection that no longer exists. Or perhaps never existed in the first place. 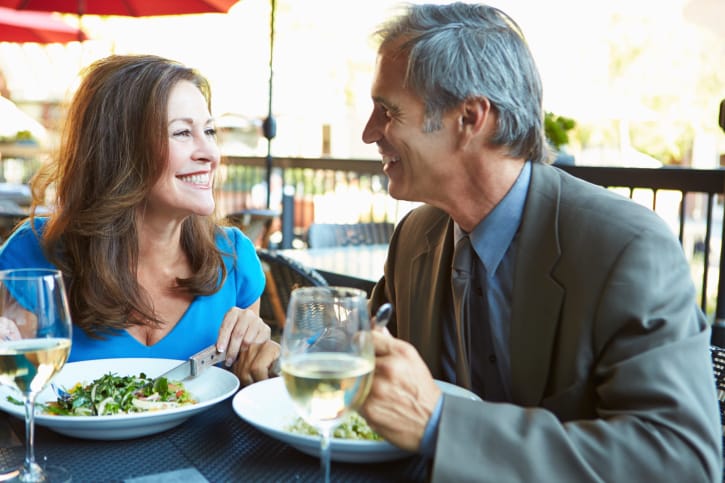 Women Are At A Disadvantage

This is a tricky one to approach, but it’s best to simply say it out loud. Mature women are at a disadvantage because mature men can date younger women, but not vice versa. This isn’t really true at all – especially in the age of the cougar! These days, age is nothing but a number. What matters is the spark of attraction, and that knows no boundaries.

Over 50s Are Fine On Their Own

You’ll often hear that those over 50 are beyond the need for a partner and can get on fine alone. We hardly feel we need to even approach this, but consider this statistic. According to an AARP study, 70 percent of those between 50 and 64 declared that they were passionately in love. This more or less speaks for itself. We won’t deny, however, that there are some over 50s who are not at all interested in dating. A lack of interest is understandable, but outright declaring that love is only for the young is absolute rubbish.

Lastly, men and women over a certain age are more respectful in the dating game, right? To some extent yes. Maturity does bring with it a certain deeper understanding of dating. That doesn’t mean that the ‘wrong’ type no longer exists after a certain age. After all, insecurity exists in any age bracket. This means, by extension, that there are still a few bad apples that threaten to ruin it for everyone else. The trick is to throw back the bad apples and relish the ripe ones.

Now that we’ve cleared up the misconceptions that surround dating after 50, we hope you get out of your comfort zone and give it a try. With age comes wisdom and experience, and that can make dating even more enjoyable.

How Mindfulness Can Help Relationships Thrive