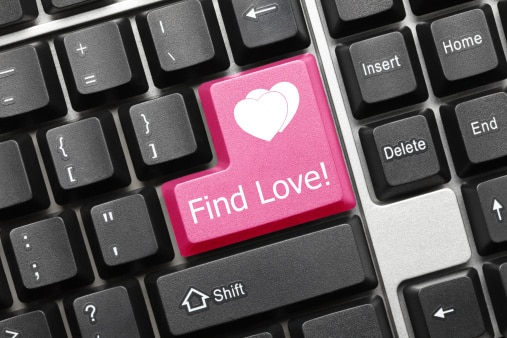 In the early 2000s, I was skeptical of online dating even though I had some friends who were trying it out. Not to mention the frequent stigma of meeting someone online kept me from signing up. Finally, after enough testimonials from these same friends I decided to give it a try.

Here’s what happened on my inaugural attempt at meeting the love of my life:

If I received an email from a man who sounded reasonably smart, kind and sweet, I was excited.

If he was creative and we shared common values? Ding, ding, ding!

I would then engage in lengthy email exchange because I wanted to see how he expressed himself in writing. This is important, after all because I write a lot. The guy should absolutely know how to write. And then we’d get on the phone…

The first phone call would last way too long.

I stayed on the phone with one guy for 2 hours, listening to him complain about his ex, how she’d cheated on him, how bad the divorce was, etc, etc. I had no idea how to end the conversation. I didn’t know how to say, “No thanks, we’re done here.” I was clueless. I had no boundaries. I had no clue how long to spend on a first phone call or a first date.

One of my first online dating connections was with a man who seemed INCREDIBLE over the phone. We had a strong connection. We weren’t able to meet for a couple of weeks because of his travel schedule, so we spoke several times a day until our first date. We exchanged about 30 emails. After a week, I was convinced I was head over heels for him. And when we finally met, it was a disaster. Zero chemistry. Hopes dashed. Lesson learned. 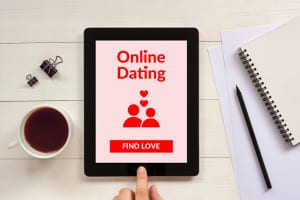 10+ years, several relationships, and many first dates later, I am so much wiser about how to date and have plenty of dating advice to share. I made all the mistakes so you don’t have to, especially in the beginning stages of dating. I’ve learned how to set limits on first phone calls and how to have much more successful first dates.

First phone calls? They are for hearing someone’s voice and deciding if there’s enough interest to meet in person. How much to share on that first phone call? Just enough to establish a connection and decide if you want to meet.

2. Meet each other ASAP!

That first face-to-face meeting is crucial. You might connect well over the phone and through emails, but without a face-to-face meeting, you won’t really know if you click. Don’t email back and forth more than three or four times before talking on the phone. Only use text to set up a time and place. Then, go on that first date as soon as possible.

If you like each other and develop a relationship, there will be plenty of time to share your deepest thoughts. In the beginning, you have no idea if there will be a future. So keep your private life private until you’ve decided that you want to spend more time together.

4. Reveal your values and character through story.

While you certainly don’t want to share your entire life story on a first date, do tell some stories. You’ll reveal your values and character through short, light-hearted stories.

5. Save the heavy stuff for later—much later.

Don’t share your wounds on the phone or on those first few dates. Bond on the good stuff. Save the difficult parts of your life for later, when and if trust and a relationship have developed.

Have you ever shared too much on a first phone call or a first date? What will you do differently moving forward?

Holidating: 4 Tips to Help You Thrive During the Holidays

Scoring The Second Date: 5 Tips You Can’t Afford To Miss