Rocker Mom: Bonding with My Daughter, Clapton and Springsteen 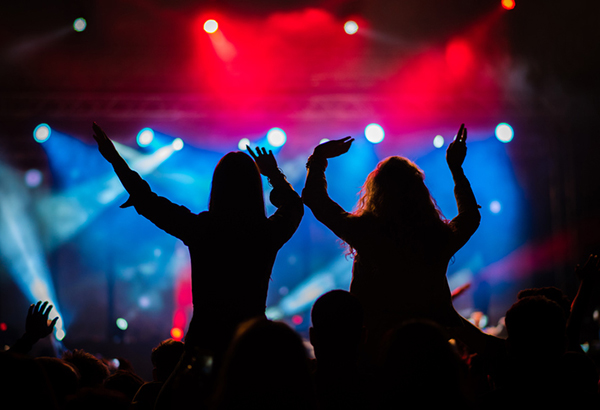 When my daughter was thirteen, we had the best of bonding rituals. The moment were we in the car on the way to school (heaven forbid she’d take the bus), she’d turn on the radio and tune in to “Elvis Duran and the Z Morning Zoo.” The drive to school took less than ten minutes. I’d be caffeine-buzzed, ready to talk about anything, my daughter still tossing and turning in last night’s dreams. Like the apex of an intergenerational triangle, Z100, the radio station of choice for teens in and around New York City, became the place where our rock ‘n’ roll spirits would meet and bonding with my daughter took a new form.

The joke, of course, was really on me. I may have thought I was programming her for Chopin in utero. But in-between the nocturnes and ballades, I gave her a dose of Clapton, Springsteen, and Dylan. Not to mention Betty Carter and Billie Holliday. A woman of truly eclectic tastes, I should have known that musical sensibility is subject to the variables of age and mood, and my daughter’s evolution from Raffi to Blink 182 was inevitable. Call it the law of acquired tastes. Call it the MTV marriage of video and sound. Call it the raging hormones of teendom.

Back to Elvis and his cohorts. Between commercials and songs, there’d be a lot of good-spirited banter. One day they’re analyzing the ramifications of the strike at the Twinkies factory. Another day they’re polling listeners on whether to play “The Schlong Song” again. The lives of entertainers or last night’s episode of “Sex and the City” were always juicy material. Horoscopes, rattled off, punctuate the hour. It makes us pay attention.

I should have seen it coming, the oh-so-good idea that has her bubbling like a pot of overflowing pasta. You know how much you love rock concerts, Mom? She is practically cooing. Tickets for “Jingle Ball” go on sale tomorrow.  Wouldn’t you just love to take me?

Do I say yes? Or do I say not yet? So what if I don’t know half the stars in the lineup of  Z100’s holiday rock benefit and like only a limited number of songs from the half I do know? Don’t I want to maintain bonding with my daughter and those open lines of communication during the terrible teens? Isn’t she handing me, on a silver platter, a key that will grant me entry (vicarious as it may be) into an otherwise restricted world?

I once read that rhythmic voicing and dance were the key to survival among early humans. Before we had the evolutionary wherewithal to form words, we made sounds. We danced. Flash forward a few thousand years, pump up the volume, step into an arena where Mick Jagger is strutting his stuff or Bruce Springsteen is playing his heart out or the Grateful Dead are putting thousands of fans into a trance and you know it’s true: there’s nothing like a great rock concert to remind us that music is the greatest connector of all. It gets right into the body, does wonders for the spirit.

As it turns out, Jingle Ball ’98 was just a starting point on the road to many concerts and bonding over the years with my daughter, often with her friends: Jingle Ball 99 (Ricky Martin and Lenny Kravitz added to the mix for my own added enjoyment). Blink 182 at Jones Beach, Blink 182 at Roseland, Blink 182 on New Year’s Eve in San Diego. Good Charlotte. Senses Fail. (Even a fiction writer is hard put to come up with names this colorful.) Traffic at a standstill as we exited the Garden State Parkway to see Something Corporate and G Love in New Jersey.

It’s a whole new world, I tell myself in the most reassuring way possible, and somewhere between simple curiosity and the fear of sounding like my mother when I listened endlessly to Dylan (what kind of music is that?) would be some music I like. If I complain that decibel levels are much too high these days, I’m cut to the quick with the suggestion that it’s not the decibel level that’s the problem; it’s that I don’t get stoned at concerts like I did in the ‘old days’ (an argument I refuse to buy). If I complain that everyone has cell phones glued to their ears in the food court or held high to snap photos in the arena, I’m simply told to get over it. One thing overrides all complaints: the friend who looks at me and says, so cool that you go to rock shows together, something my mom would never do.

The more things change, I’m beginning to think, the more they do in fact change. I may cringe at the sexual images in music so much more blatant that in the music I thrived on. But some part of me, my shadow self, eggs me on, whispers to me that vicarious entry into the mosh pit of adolescence paved the way for an even stronger mother-daughter bond built on shared music.

U2 at Madison Square Garden in NYC, 2005 (she was attending BU, took a train down from Boston). Lady Gaga at Staples Center in LA, 2014 (she was, still is, living in LA; I flew out for the show). And, at last, Bruce Springsteen, a fave of mine she snubbed in her formative rock ‘n’ roll years, at MetLife Stadium, the River Tour, 2016—a  year that would also bring us to Desert Trip. Three days of music—Bob Dylan/the Rolling Stones. Neil Young/Paul McCartney. The Who/Roger Waters. Sublime desert sunsets. So what if the festival was playfully dubbed ‘Oldchella’ (i.e., Coachella for Baby Boomers). I was there, with a high school friend, my daughter, and her fiance.

This year comes the wedding, Mother’s Day weekend. As if to bring everything full circle, she asks me to help her come up with a walk-down-the-aisle wedding song. You’re good at that kind of thing, she says. Of course, I tell her, though I have little doubt she’ll be the one to find the perfect song.

For more from Deborah Batterman, read Just Like February.

Mother Of The Bride Shoes