How Music Affects the Body and Increases Your Endurance

How Music Affects the Body and Increases Your Endurance 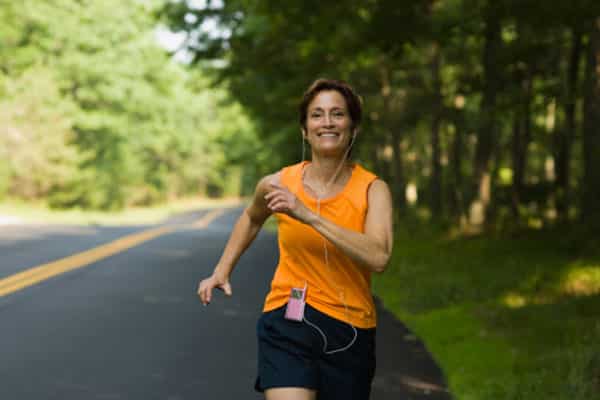 Music is a staple in the lives of millions. We listen to it in our cars, at our desks and even in the shower. Music has been used for advertising, entertaining, movies and traced as far back as 55,000 years. My father was a big band musician, so music has always been in my life. The Girl from Ipanema and I Left My Heart in San Francisco are just two of the soothing, melodic tunes I recall listening to the musicians regularly rehearse.

As I watched people from the bandstand, I saw that style of music had a calming effect, as opposed to Sugar Sugar or Mr. Sandman, which had the guests more active on the dance floor. The band controlled, through their choice of music, the mood of the room. As it turns out, the type of music we listen to and when we listen to it can have positive or negative effects.

WORKING WITH MUSIC: ON OR OFF?

Music at work can make you less productive, advises Daniel Levitin, a neuroscientist and author of “This is Your Brain on Music.” He recommends listening to music 10-15 minutes before work. It elevates your mood and can make it easier to focus. Listening to music while working, ‘takes your attention capacity and you have fewer resources for the task at hand’, he says. Uh oh. I always enjoyed music while studying, which might or might not have affected my GPA. That’s up for debate it appears. It relaxed me, or so I thought. Back in the day, the radio, the turntable or 8-track tapes, (yes, I went there), were always playing while I did dishes, cleaned or organized my room. It had an effect. I could get “lost” in the music. The mundane chores were more appealing with a “soundtrack,” hence, I could complete them.

In my twenties, my best bud and I would go for runs. She was an athlete and I saw the physical transformation running afforded her for her efforts. She was always working out and preparing for a triathlon. I didn’t know how music affects the body back then, but listening to music while exercising increases endurance by 15%. We’d meet up at a park that had a rubberized track, both of us wearing headsets. I had a cassette player that I put in my pocket or attached to my shorts. It wasn’t light at all! I’d switch it out with a headset that could be tuned to the radio. You just had to take the chance that the DJ would play some good music. Luckily, there were enough radio stations that played “good” music for running.

Listening to slow music when gearing up to pound pavement wasn’t what I needed. You need upbeat music that kicks you into gear and takes your mind off the muscles screaming in your legs. Mine were yelling anyway. I used the music as a distraction to keep going, turning it up enough that I didn’t hear my breathing – in through my nose and out through my mouth. Without those tunes, the challenge became real.

Dr. Karageorghis, a psychology researcher at Brunel University, explains that as a workout increases in intensity, the blood flow is reduced to the “shell like” part of the inner ear. Ears become more sensitive. It’s recommended that the music be set to a level that, if you are on a treadmill, you can still hear conversations around you.

When music enters the ear and turns into pulses or vibrations which trigger nervous impulses to the brain. The pulses influence the brain, which affects the body. It can change the heart rate, affect blood pressure, change the metabolic rate, reduce stress and fatigue. It aids the flow of energy. Dr. Karageorghis says, ‘People prefer music in the tempo range of 120-145 bpm for nearly all forms of exercise.’

TO PLAY OR NOT TO PLAY…

There is division about whether to have music playing at all when exercising, despite how music affects the body. When running in a park or cycling on the street, it’s important to be aware of your surroundings. This seems logical, but there have been numerous instances where not paying attention has resulted in accidents. In the gym, the distraction of music could result in losing count of repetitions or not using correct form.

There is the other side of the coin, too  –  that indicates music can increase your performance level. If you choose to workout to music, it’s important to listen to your body and choose music apropos to the type of exercise you’re doing. The music for walking, ballet or yoga might be a soothing genre. The music for running might be more upbeat or motivational. Despite the differences in opinion regarding music while working out, I always say, whatever floats your boat. You know your body better than anyone else.

Through the years, I’ve enjoyed many groups and artists. These are some of my favorites for when I work out. Guess I am in the “listening to music while working out” group. Click here to listen to my workout playlist on Spotify!