The Weird Perimenopause Symptoms No One Tells You About 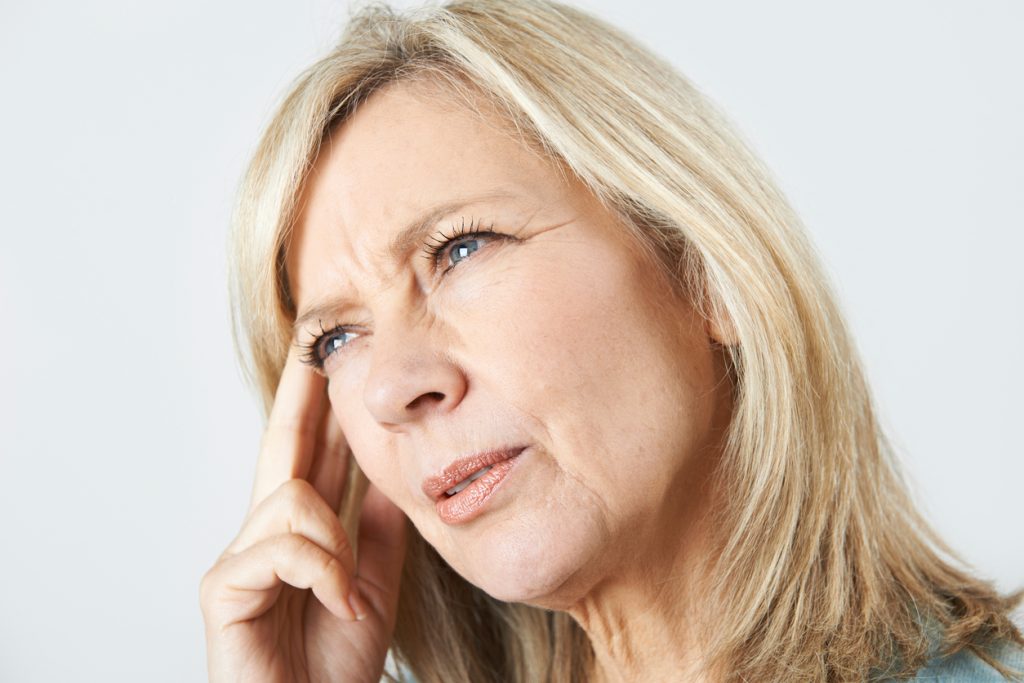 The signs of perimenopause differ from woman to woman. Even many OB-GYNs aren’t as familiar with the hormone fluctuations marking the end of fertility as perhaps they should be. To add to the confusion, the symptoms of both perimenopause and early menopause often overlap in women as early as their 30s or as late as their 50s. From strange itches to brittle nails, there are weird perimenopause symptoms you might never have heard about that are actually totally normal!

Hormone fluctuations can bring with it heartbeat fluctuations. At first, that fluttery feeling in your chest can be startling. Some women also experience them as a sudden, pounding heartbeat, with a bit of an adrenaline burst thrown in! 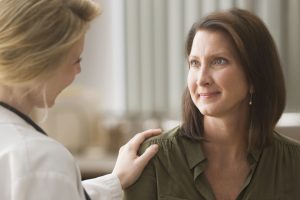 Naturally, anything having to do with your heart provokes anxiety. If you’re concerned, go in for a physical, especially if you’re overdue. In general, however, if you don’t pass out and the feeling passes after a few minutes, occasional palpitations are probably just part of your transitional experience.

Crazy-Heavy Periods, Super-Light Periods and Everything in Between

For the average woman in her teens to late 40s, a typical menstrual cycle will include a few days of mild to moderate PMS symptoms, followed by several days of bleeding. But once you enter perimenopause, all bets are off. You might go several months without a period or have them much closer together than normal.

Some of your periods might look more like spotting. Others might involve such a heavy flow, with large clots, that you wonder if your stash of feminine hygiene products will hold out.

If you go about two months without a period, you’re considered in late perimenopause. Once you reach the 12-month milestone, you’ve probably reached menopause. That can be disconcerting if you weren’t expecting to reach that stage so soon. The good news? Those unpredictable periods, as well as any intense PMS symptoms, will now be behind you.

Unfortunately, incontinence isn’t just for old people. A bit of leaking can actually start making itself known during perimenopause. That’s because hormonal changes make your bladder walls less toned. That means that not only will sneezing trigger a leak, but even not getting to the toilet quickly enough can make for an uncomfortable situation. If you’re a swimmer or a lover of long baths, you may notice leaking as you emerge from the water.

Protective pads or undergarments offer immediate protection. Longer term, add Kegel exercises to tone up your pelvic muscles. If you’ve never done them, Kegels are performed by tightening up your pelvic muscles for a couple of seconds, releasing them, then tightening them again — for about 10 repetitions. If you’re not sure if you’re clenching the right muscles, try to stop the flow of urine when you’re seated at the toilet. Those are the same muscles you want to hold and release while doing Kegels. Work up to about 10 reps, five times a day.

There’s often discussion about older women and vaginal dryness, but the related problems can actually start much earlier. Vaginal tissue may already be thinning during perimenopause. They also lose their elasticity. These factors, as well as the possible diminishing of lubrication, can add up to pain during intercourse.

Kegels can help with this problem as well by offering much-needed toning. Lubrication products can also be helpful during sex. And don’t be too shy to ask your partner to help you experiment with more comfortable positions. Variety is the spice of life, after all!

We hear a lot about sagging breasts as we age, but decreased estrogen also leads to breasts that aren’t as full as they once were. Some women may even go down a cup size.

If the flattening is really pronounced, you may feel better with padded cups. Otherwise, simply shopping at a store which offers customized bra measurements can make a world of difference. It may cost a bit more, but the result is much more comfortable, and flattering, undergarments.

Hormone fluctuations can cause itching everywhere. But many women experience the sensations in their nipples and breasts for the first time during perimenopause. The delicate skin of your breasts, especially when you’re wearing a constricting bra, is naturally prone to irritation.

Lowered estrogen often has a dehydrating effect on the whole body. Among the unexpected effects? Ridged, brittle nails that tend to split more easily. The dryness will also tend to make the nails seem cloudier, and less pinkish. 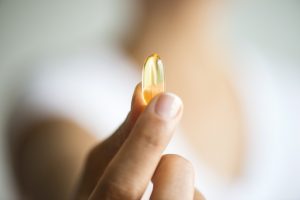 Supplements like biotin and fish oil pills can be helpful in strengthening nails. Include more fish in your diet, too, and ease off the salty junk foods to minimize the dehydration!

Decreased estrogen also tends to suck the moisture out of your hair. This translates to thinning, split ends and breakage. If you’re finding more hair in your hairbrush than normal—or more strands pull away when you undo your messy bun—you’re probably experiencing perimenopausal-related hair changes.

So what should your “mane” strategy be? Think gentle. Look for mild shampoos and enriching conditioners. In addition, upgrade to a natural-bristle brush and a good-quality, wide-toothed comb. Don’t brush your hair when it’s wet, and be gentle when brushing or combing dry hair. In addition, use hair accessories that don’t snag and pull. Soft, metal-free bands and ribbons are best.

If possible, begin to track all of your physical changes, including your menstrual cycle, and ask your doctor about any perimenopause symptoms that concern you.

Perimenopause: The Rage is Real