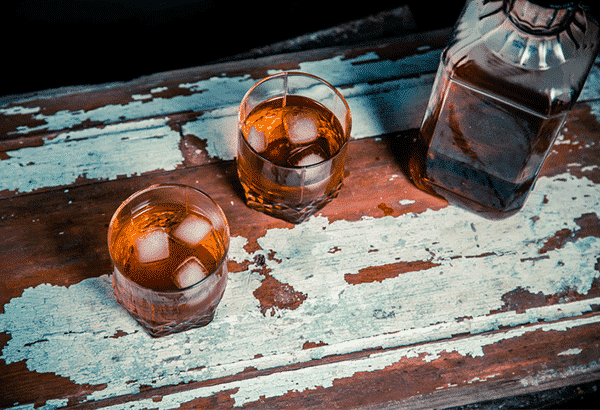 Take a walk in any major U.S. city and you’ll see restaurant signs stating “Eat Local,” “Farm-to-Table,” and “Fresh Local Ingredients.” Have you ever considered how to drink local? Whiskey and Bourbon are made across America with distillers utilizing grains, water and other raw materials native to their area.

Let’s do a refresh on American whiskey and Bourbon. 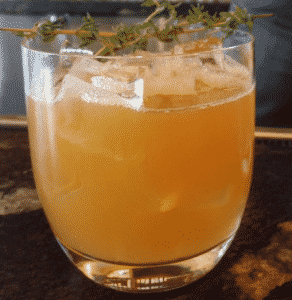 Whiskies are made around the world. Thanks to Congress, Bourbon was declared a distinctive product of the U.S. in 1964. Kentucky is home to 90% of Bourbon production. Recognized brands of major producers include: Buffalo Trace, Jim Beam, Maker’s Mark, Wild Turkey and Woodford Reserve. Bourbon must be made with 51% corn and tends to be slightly sweeter than other American whiskeys, which are made from grains, like rye, wheat, and barley.

In the past, whiskey was considered a gentleman’s drink. That’s no longer true. Just ask the members of Women Who Whiskey boasting more than a dozen clubs in the U.S. alone. Women aren’t just drinking whiskey, they are making it too. In 2015, Marianne Barnes became the first woman Master Distiller in Kentucky since Prohibition. Women are also famous mixologists, creating a spin on the classic whiskey cocktails like Manhattan, Old Fashioned, Mint Julep, and 7 & 7. Try the “Smoked Peach Thyme” cocktail from Lauren Festa at Flora Street Cafe, Dallas, made with Herman Marshall Rye and smoked Texas peaches, thyme and Lillet.

Today, Bourbon and American whiskey are produced in almost every state in the Union with more than 1,000 craft distilleries licensed. Searching across the country, we recommend these craft distilleries from four distinct American regions that use local, indigenous ingredients ranging from Vermont oak trees to Tennessee sorghum to Rocky Mountain snowmelt. Try these outstanding whiskeys on-site on a personal tour. Join a Whiskey-by-the-month club. Discover the homegrown excellence of American Whiskey. 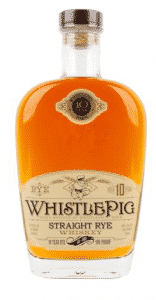 It doesn’t get much more “farm-to-bottle” than this whiskey. WhistlePig grows the rye on their farm, ages the whiskey in barrels created from their Vermont oak trees, and the water they use in production is from their own well. If you like a whiskey with some spice, try their 100% rye at 100 proof that has been aged for 10 years. 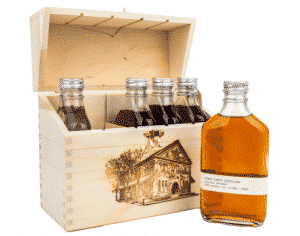 Named 2016 Distillery of the Year by American Distilling Institute, Kings County Distillery is New York City’s oldest operating whiskey distillery. If your plans don’t include a trip to Brooklyn soon, you can try their unique creations including:

Trained at the Culinary Institute of America and a former baker, Scott Blackwell brings his unique culinary techniques to distilled spirits. If you have a sweet tooth, they offer a Tennessee-sourced Sorghum-based whiskey. If you are more of a traditionalist with a twist, try their Carolina Gold rice bran whiskey. If you like raisin notes, select the Madeira finished Bourbon. 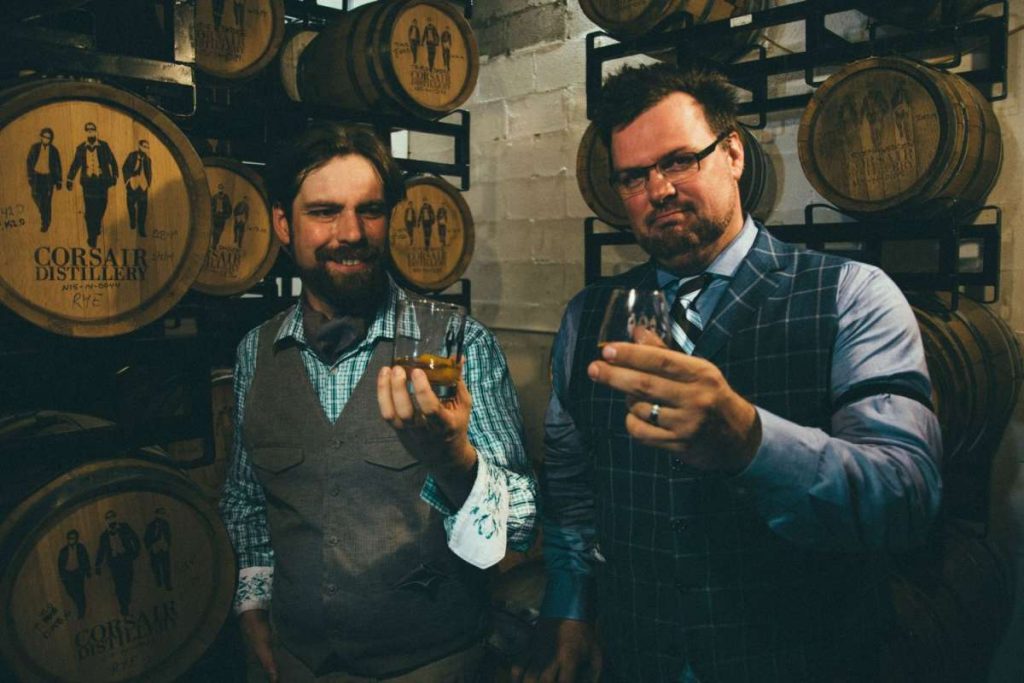 In 2013, Corsair Distillery was named Whisky Advocate’s “Craft Distillery of the Year.” The distillery origins were in a garage, and now tours are available at their distinctive distilleries locations: Bowling Green, Kentucky, and Nashville, Tennessee. This distiller likes to play with alternative grains like rye and quinoa, resulting in a full range of whiskeys. 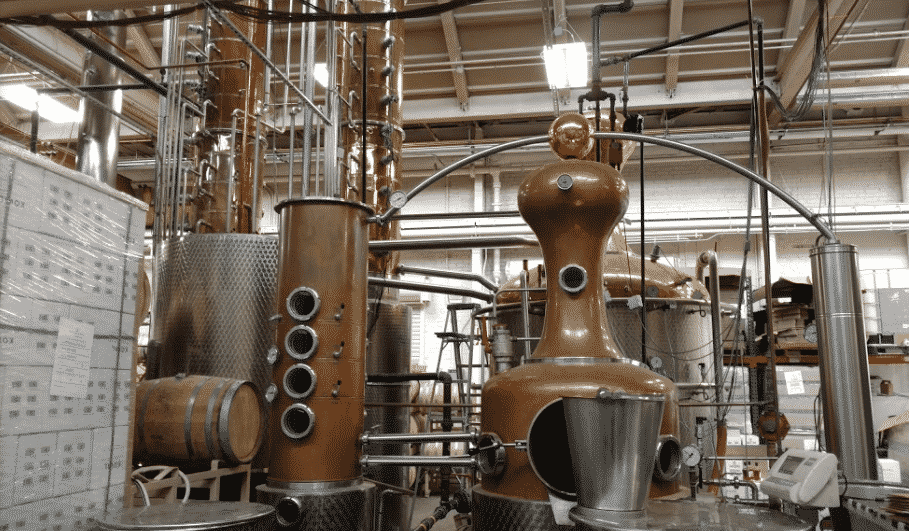 The grain millet is popular in Asia and Africa. Koval sources millet grown in the Midwest to use in their 100% Millet Whiskey. Millet is a component in their single barrel Bourbon as well. Both whiskeys are unfiltered and organic. Koval is the first distillery in Chicago since Prohibition.

Best Whiskey in the West

Garrison Brothers may be the smallest and oldest legal whiskey distillery outside Austin, but they offer Texas’ biggest, boldest taste. Garrison sources their corn and wheat from Texas, while acquiring barley from Pacific Northwest and Canada. Garrison Brothers is quickly becoming synonymous with outstanding American whiskey. 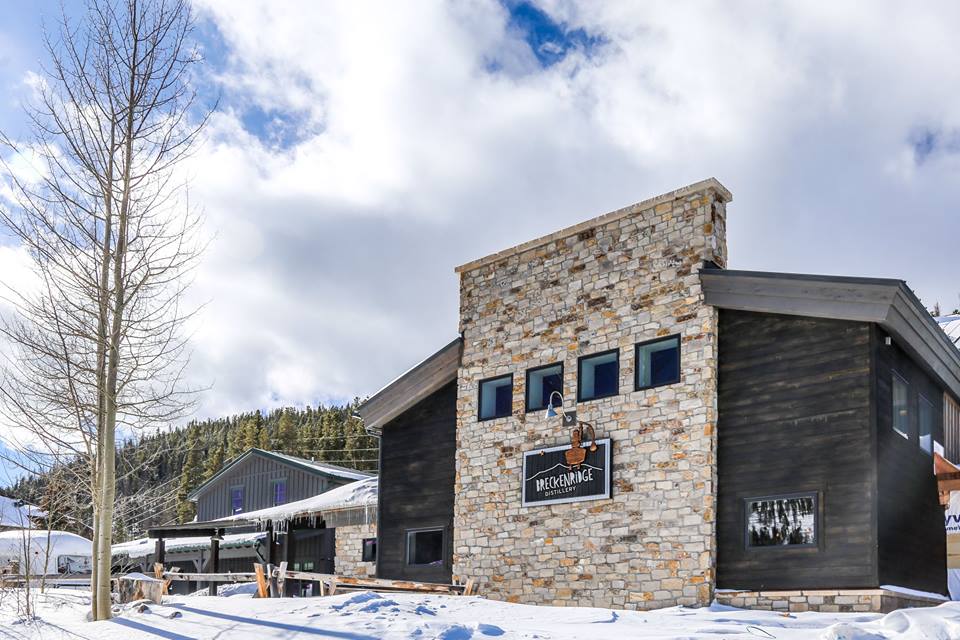 Breckenridge, Colorado is best known as a ski resort city. Rocky Mountain snowmelt is used to bring this high rye content whiskey to a lower proof that would allow you to still be standing on your skis. It is the world’s highest elevation distillery. 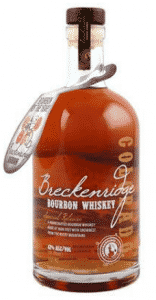 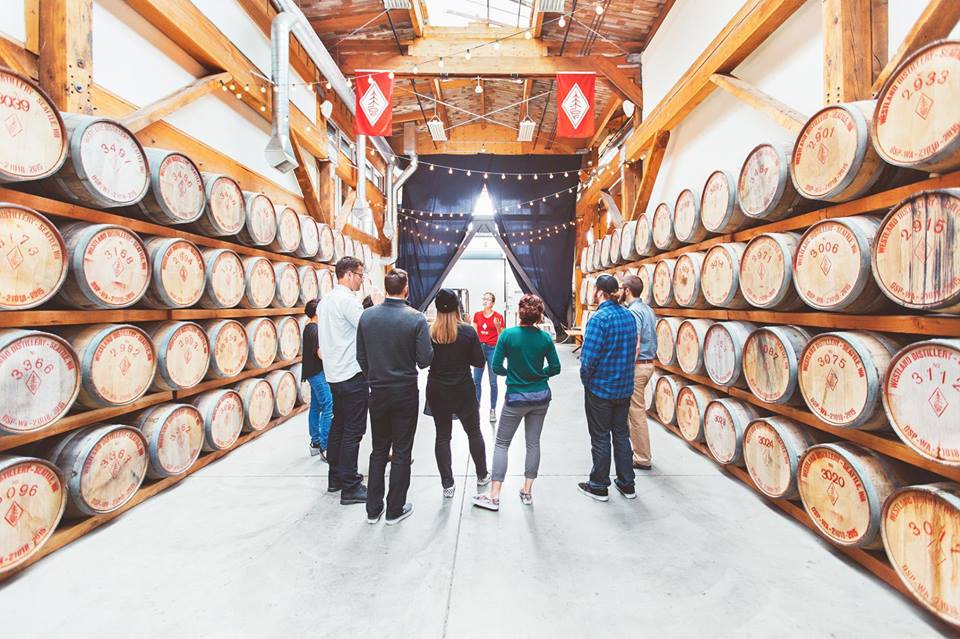 For most whisky connoisseurs, “single malt” is designated for Scotch Whisky. Whiskey minds are being opened with Westland’s American Single Malt made from Washington State barley and aged in new American oak barrels.

If you want to explore a few Bourbons or whiskeys throughout the year, you can subscribe to Mouth’s monthly programs.

Beyond the bottle: 5 books on American whiskey

For the history buff… Bourbon Empire: The Past and Future of America’s Whiskey by Reid Mitenbuler

Newcomers to whiskey searching for their style… 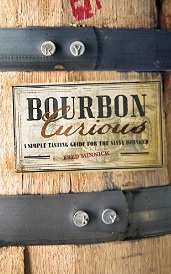 Bourbon Curious: A Simple Tasting Guide for the Savvy Drinker by Fred Minnick

For a new view of an old art… 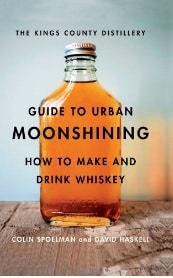 The Kings County Distillery Guide to Urban Moonshining: How to Make and Drink Whiskey by Dave Haskell and Colin Spoelman

Going beyond American whiskey to the world… 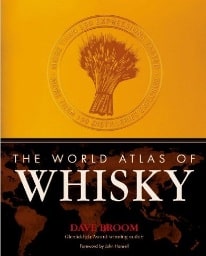 The World Atlas of Whisky by Dave Broom

For the ultimate mixology hostess… 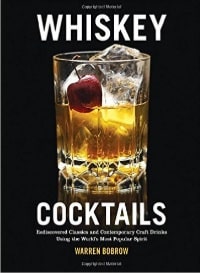 Risotto With Asparagus and Goat Cheese