Abbess Hildegard and Her Hops: Cheers to Female Brewers

Abbess Hildegard and Her Hops: Cheers to Female Brewers 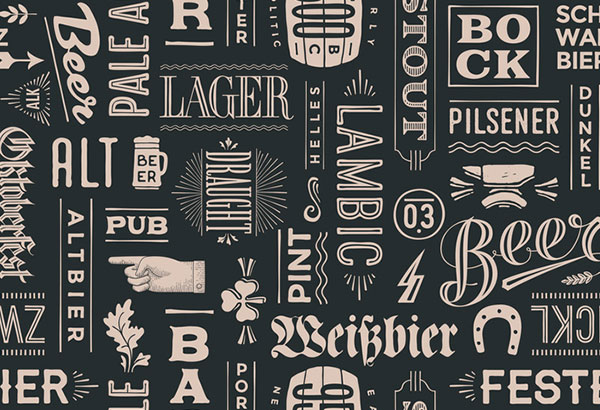 Hildegard of Bingen Knew a Thing or Two About Beer

In Diana Gabaldon’s popular book series Outlander, her heroine, Claire, brews the beer while husband Jamie tends to the whiskey. This casual mention of Claire’s beer production opened my eyes to the possibility that women actually brewed beer. Call me ignorant or chalk it up to an intensely effective marketing scheme over the last century and a half on the part of Western beer companies, but until I read that I had not even entertained the idea of female brewers.

As it turns out, women were the traditional brewers of beer and other alcoholic drinks throughout the world until roughly 150 years ago. And, according to the Brewers Association, craft beer is one that relies on “traditional” methods of brewing, methods that can be largely attributed to women. The craft brewing industry in particular owes a large part of its success to centuries-old methods and knowledge handed down from wise women.

As early as 7,000 BC, Chinese legend and archeological evidence point to Yi Di, wife of Yu the Great, as the first to make alcohol from grain. The ancient world was replete with feminine deities and divine beings connected to brewing: Ninkasi in Sumeria; Hathar and Tenenet in Egypt; the Zulu fertility goddess, Mbaba Mwana Waresa; Raugutiene in the Baltic and Slavic regions; Cerridwen and Arnemetia associated with the Celtic tribes; and, Demeter and Ceres from Greek and Roman mythology. With the onset of Christianity, monks and nuns joined the local, tribal female brewers in producing beer. Hildegard of Bingen, the twelfth century naturalist and abbess, was the first to write of her success using hops as a preservative in beer long before it was introduced in other parts of Europe.

How We Came to Believe in the Maleness of Beer

Gradually, throughout the sixteenth and seventeenth centuries in Western societies, as roads were built and travel increased, the need for places to eat, rest, and sleep arose. Pubs, taverns, and inns appeared along well-traversed routes, often with their own or local brews on draught. There was no ale tax in Britain from the 1830s to the 1870s, which led to women selling beer from kitchens and newly constructed “alehouses.” However, although women continued to brew beer domestically, in Ireland, Britain, Germany, and Scandinavia, guilds were formed that imposed standards and price controls. Unfortunately, women were not allowed to join these guilds (except in the Netherlands) nor sell their beer.

The onset of guilds restricted the ability of female brewers to benefit financially from their excess beer production. The addition of hops and newer cold fermentation allowed beer to have a longer shelf life and be produced on larger scales, thus industrializing beer. It didn’t help that “alewives” had been depicted in literature and music as evil witches;  conniving, grotesque figures who only wanted to poison men and steal their money. It also didn’t help that  female brewers, many of whom were older widows with grown children, were competing for jobs with men who had families to support.

Normally, this kind of underhanded patriarchal oppression would make me angry. But, the decline in female brewers was so gradual and coincided with the increasingly prevalent nineteenth century views that men and women should occupy different spheres, public and domestic, I accept that it was inevitable. Once the industry shifted to a male-dominated consumer-driven one, these cultural views and perceptions of women making beer and drinking beer were reinforced and perpetuated for the next hundred years. Fortunately, these misconceptions about the difference in gender roles have changed for the better. More women are engaging in the beer industry as independent craft brewers, sellers, distributors, and drinkers. Nowhere is this more visible than in Colorado where there are over 230 craft breweries, 10 of which include female brewers.

Female Brewers and Their Brews

I happened to have had the good fortune to live in Colorado for sixteen years. I visited my share of craft breweries and made friends who are committed to craft brewing. I asked Anna L., who brews her own beer, a few questions about her experiences with craft brewing. Anna tells me that she first encountered craft beers when she came to Colorado eight years ago and toured New Belgium Brewing in Fort Collins; she loved the beer and, importantly, the atmosphere. I also asked her if many of her female friends and relatives liked craft beers. She replied, “Actually, most of them do enjoy craft beers. The great thing about microbrews is the variety, so even if they don’t usually enjoy beer, they can find something they like. For example, while visiting my husband’s family in Nebraska, who all pretty much only drink lagers (e.g. Miller Lite, Coors Light), we offered his aunt, definitely not a beer drinker, a sip of our Billy’s Chilies beer from Twisted Pine. She liked it so much she couldn’t stop talking about it! She drank a whole beer and said it was the first beer that she had ever enjoyed.”

Women were an integral component in the evolution of beer. Now, with the rise in popularity of traditionally brewed craft beers, women can claim their rights as brewers and drinkers. As Krystal Baugher contends in her article, “Women and Beer: a 4,500 Year History Is Coming Full Circle,” perceptions of taste, media influence, and preconceived notions about their skill and ability are the obstacles faced by women in the beer industry. As women, we owe it to those ancient brewing goddesses to wipe out the notion that gender plays any part in the preference for and ability to produce certain types of libation. One small sip for one woman is one great gulp for womankind.

For more about the contributions of women to some of our favorite beverages, like champagne, meet the widow Clicquot-Ponsardin.

Losing Weight after 50 with The Virgin Diet

What You Need to Know About the College Tour

How Does a Woman in her Prime Define Success?