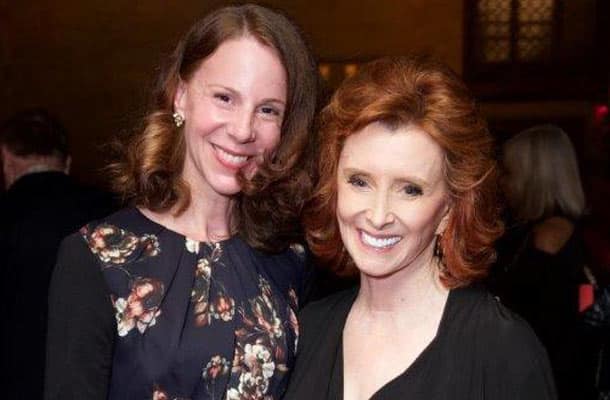 Best Selling Writer You May Not Know Yet:

Is it possible that there is an internationally best-selling author out there and you don’t know her name? How could that be? In the case of historic fiction writer, Alyson Richman, she likes to let her work speak for her and do most of the public relations, too. Believe me, once you read her novels, you will appreciate her skills, sensitivity, style and better understand how she delivers a well researched, emotionally satisfying and very complete reading experience. You will also see why she adopted this low key way of promoting herself and her writing.

In next week’s edition, I will review probably her most famous work, “The Lost Wife,” which is in development to be a major motion picture. Alyson hopes an exciting announcement will be made soon about the film and primewomen.com will be one of the first publications to receive and distribute this information.

Also under a movie option is the novel that Alyson wrote after “The Lost Wife,” which was “The Garden of Letters,” and it is probably her second best known novel. We will keep you posted on the progress of that movie as it moves from option to development and finally into production. It is an intriguing process to watch.

Let me give you a little background on how I came to know Alyson Richman, and then I will introduce you to this lovely, gracious and accomplished wordsmith through the questions that I posed to her recently.

I was first introduced to Alyson by our event planner for the Friday evening portion of my husband’s and my 50th anniversary celebration last fall. Because the October 16, 2015 party was being held at Grand Central Terminal’s John Campbell Apartment, Rowena White suggested that we give our guests a gift that somehow featured the famed train station, and she came up with a book of short stories called “Grand Central.” The initial story in the anthology was entitled Coming Home and was written by Alyson. Rowena further suggested that I consider one of three authors who contributed work to “Grand Central” to write my husband’s and my love story, courtship and marriage.

I liked the idea very much, and decided that I wanted this part of the gift to our guests to also be a surprise for Don and to be my Valentine to him. I read the stories by the three writers suggested by Rowena, but Alyson’s style resonated with me the most, and she was the one that Rowena and I both thought would be the best for the job at hand. Therefore, we commissioned her to write my Valentine, which was to be gift wrapped along with the book of short stories and given to guests as they left the cocktail party.

While Alyson was interviewing me for the facts of how Don and I met and fell in love, she and I clicked and quickly became friends. Our conversation was so easy that it seemed to both of us that we had known each other for a long time. During our first conversation I invited her and her husband Stephen to attend both of the parties planned for the weekend of October 16 and 17, 2015. They came to both events and Don and I along with all our other friends enjoyed their company tremendously. I could have easily included Alyson in the series “The Fun of Doing Business with Friends.”

Alyson Richman – The Author Interview (Prime Women’s questions are in regular type and Alyson’s responses are in italics):

Prime Women: In the author’s notes at the end of “The Lost Wife,” you describe a scene in your local beauty salon where you are getting your hair cut, and you overhear the conversation of another patron describing attending a recent wedding where the bride’s grandmother and the groom’s grandfather discovered that they had once been married before World War II. Did you know instantly that the scenario involved victims of the Holocaust?

Alyson Richman: Yes. In the story I was told that the groom’s grandfather asked the bride’s grandmother to roll up her sleeve.  When he saw the six number tattoo of Auschwitz inked on to her skin he was able to confirm that she indeed was his wife.

Prime Women: Did you speak with the person in the salon who was relating this unimaginable story and try to arrange an interview with this grandmother and grandfather?

Alyson Richman: As soon as I heard the story, I asked the owner of the hair salon if he could track down the couple through his client who had been at the wedding.  But he was told that the couple was very frail and his client didn’t want to intrude on their privacy.

I had already been researching artists who worked in the concentration camp Terezin and so in a way not meeting them enabled me to have more literary freedom in telling the story from an artist’s perspective.

Prime Women: This is not only a heartbreaking and then a joyous love story along with the sad, heroic and ultimately uplifting saga of the artists at the Terezin Concentration Camp. These brave souls recorded with their drawings and paintings the horrors of the Nazi’s extermination of the Jews. These forbidden works were created, archived and buried for future generations along with the artwork of the children at the camp. The artist workgroups, supervised not only by Jewish administrators but the Nazi’s as well, also managed to hoard bits and pieces of art supplies for their own after-hours art projects, but also for those of the children. Did you interview any of these children artist survivors? Could they express to you what the art classes in the concentration camp meant to their self-esteem, and how they might have engendered a will to keep fighting to live against overwhelming odds?

Alyson Richman: Yes. I actually traveled to Prague in order to interview survivors of Terezin and was also able to meet with a survivor who was also a working artist in the camp.

The adult artists of Terezin used stolen art supplies in order to record their experience, but they also shared their supplies with a teacher by the name of Friedl Dicker-Brandeis who worked with the children in the camp. She encouraged the children to use art as a way of transporting themselves from the horrors in which they were living through their art. I met with one child survivor who was lucky enough to have Ms. Dicker-Brandeis as her teacher and she told me that every day her teacher said: “Write your name down, you’re a person. Write your address, you came from a place better than this.”  By encouraging the children to do this every day, she was reaffirming their identity.

If you’re able to go to Prague, the children’s art work is on display there.  It’s incredible to see that even though almost all of the children that passed through Terezin perished, there art work miraculously survived because Friedl Dicker-Brandeis kept their artwork in a suitcase underneath her bed.

Prime Women: Are any of the stories in the book related to your own family history?

Alyson Richman: I did not lose any of my family to the Holocaust, but because my mother is an artist, so much of what my mother taught me about seeing the world through an artistic lens, permeates the novel.

Prime Women: It must be so difficult to write about a subject like the Holocaust and all the people affected by the scale and ugliness of man’s inhumanity to man. How do you protect yourself from all the emotional upheaval and destruction that must result from the months and months of research and then the exhaustive process of writing about the Nazi’s cruelty to people of your religion? I can’t imagine anything more draining or risky to your mental and emotional health. How did you take care of yourself?

Alyson Richman: It is a very valid question. When I was writing all of the intense scenes of the novel, particularly the details of life in Terezin and later in Auschwitz, I would literally feel that I needed to come up for air.  When I felt the need to resurface from writing those difficult scenes, I would naturally start to write about Joseph’s life in NYC. It wasn’t planned, but it was a protective mechanism that evolved that allowed me to breathe again.

Also, I had to invent a language to describe the horrors of life within the camp that enabled the reader to visually see what was happening and yet, wasn’t so off-putting that the reader would want to put the book down.  For example, when Lenka is in Auschwitz with her sister, Marthe, she describes her in the following passage:

“That night I huddled even closer to my emaciated sister. I felt the thinness of her pelvis next to mine, the near weightlessness of her arm as she flung it over me in in her fitful slumber. It was as if I was clasping an empty birdcage, her ribs like wire, her body hollow and without song.”

The description captures the image of how emaciated Marthe is, but it is done through metaphor.

Prime Women: The reality of what you are describing is quite horrible, but the language you used in such a creative way is both poetic and beautiful. It is an almost impossible achievement considering the unbearable sadness of Lenka and Marta’s descent into hell from their wholesome lives earlier in Prague surrounded by the love and beauty of their family and home. So you are saying that by using language as inventively as possible and by moving from Lenka and the other prisoners’ stories to those of Joseph, his friends, and colleagues in America you were able to protect both yourself and the reader from becoming battered by the overwhelming brutality of a story that takes place during the Holocaust.

Alyson Richman: Yes, I wanted the story to have movement, just like a painting has brushstrokes that move you through a composition.  And, in order to do that, I couldn’t have it completely saturated in the darkness of the concentration camps. I wanted to show the sustaining power of art and how an artist could still create even if nearly everything was taken away from them.   And women like Friedl Dicker-Brandeis, who collected scraps of paper so that her students could transport themselves through drawing, were inspirational figures for me.  In the end, “The Lost Wife” is a story of not just how the artistic spirit cannot be extinguished, but the true resilience of the human spirit as well.

Thank you so much for taking the time to visit with us and to share your thoughts and feelings about this very powerful and beautiful book, “The Lost Wife.” We will wait to hear the exciting news about the cast in the upcoming movie. Best of luck with that project, too. I’m betting many primewomen.com subscribers come to admire your work as much as I do.