BOOKS ABOUT WOMEN BY WOMEN - Prime Women | An Online Magazine

What better way to celebrate Women’s History Month than by reading books about women that are written by women? Women’s History Month is a time to educate ourselves on the historic moments women fought for and to reflect on the legacy of women, their contributions, and the continuing fight for equality for all women everywhere.

If you’re looking for biographies that will educate you, stories about unique challenges women have faced every day, or novels of women’s survival during dark periods of our history, read on…..

Just As I Am by Cicely Tyson – Autobiography 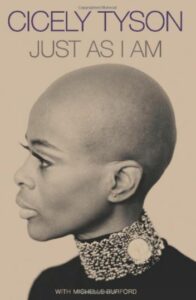 Just As I Am is the story of 96-year-old actress Cicely Tyson who graced the stage and screen for six decades and dedicated herself to the positive portrayal of black women with dignity.  This is a detailed accounting of her childhood, the racial and gender stereotyping that shaped her career, and her stormy marriage to jazz genius Miles Davis.  WARNING: Readers may be distressed by abuse, violence, and sex. Audiobook by Cicely Tyson, Viola Davis, and Robin Miles

The Barbizon by Paulina Bren – Nonfiction 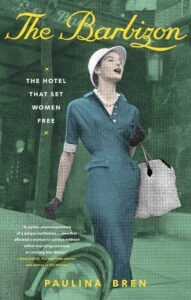 The women-only residence, Barbizon Hotel, was built in 1927 and was the beginning of the professional class of women in New York City. It was designed as a rooming choice for women who dared to venture to New York on their own to pursue their dreams. The Barbizon focuses in detail on two years, 1953 to 1955, with the experiences of Sylvia Plath and Joan Didion. 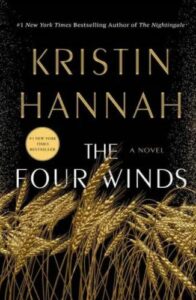 The Four Winds is an epic novel of survival, hardship, and courage during one of the darkest periods of American history, the Great Dust Bowl when severe drought plagues the land. A young mother heads to California for a better life for her family.  She struggles with worker’s rights and poverty and ends up as a leader in the communist party. 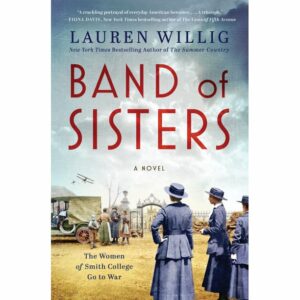 A group of young women from Smith College form the SCRU, or the Smith College Relief Unit, to volunteer in France during World War I in this novel based on a true story. Eighteen Smithies, including two trailblazing women doctors, sail to France armed with money, supplies, and good intentions. Despite constant bombing by the Germans and the threat to break through the lines, the Smithies pull together as a true Band of Sisters.

The Last Garden in England by Julia Kelly – Historical Fiction The Last Garden in England is about three women living across three different timelines whose lives are all connected by secrets in the Highbury Gardens.  In 1907, the designer of the gardens is a talented artist named Verita Smith. In 1944, during World War II, Highbury House is transformed into a convalescent hospital by Diana Symonds and the treasured gardens are needed for vegetables.  In present day, Emma Lovett, who dedicates her career to neglected English gardens, dives deep into the past of Highbury Gardens to discover the secrets that have been buried for decades.