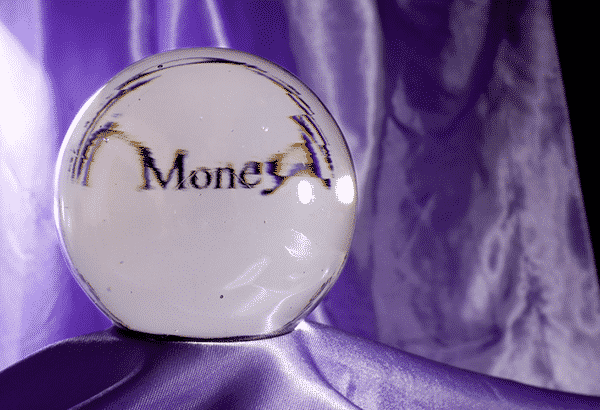 The Crystal Ball is Fuzzy

One could accurately call Donald Trump the “unexpected President.” Regardless of your political leanings, his future impact on your wallet is far from certain at this point.

But with the Republicans holding the White House and both houses of Congress, a few things are clear enough to make some predictions regarding tax reform plans. Even with some confidence in those predictions, my basic advice still stands: set up your finances for protection of assets first and make all your decisions with the understanding that “life happens” to all of us. Preparing for those eventualities in advance makes unfortunate life events more palatable than scrambling after the fact.

That approach might be boring, but I would rather bore you than make careless recommendations based on future policies that are impossible to predict.

Although we are not even half way through the First 100 Days of the Trump era, we have already seen this administration butt heads with the Judicial and Legislative branches, not to mention the federal bureaucracy. While President Trump has tried to move quickly and boldly, the realities of Washington politics are likely to force compromise and modifications of his campaign promises and plans.

With those caveats, here are some ways a Trump presidency coupled with a Republican Congress might impact our collective wallets.

This was one of President Trump’s centerpiece plans and one that he emphasized throughout his campaign. He pledged to lower income tax rates and reduce the number of tax brackets from seven to three. The top tax rate would be 25 percent (lowered from the current 39.6 percent). He also proposed eliminating the Alternative Minimum Tax, which would further simplify calculating federal income taxes and possibly lower taxes for some taxpayers who have been affected by it. The AMT was created in the 1960s to capture income tax from some high income filers who paid little or no tax because of deductions. In recent years, growing incomes put many middle-income families ($50,000 – $200,000) in the AMT category and increased their tax bills, which was not the intent of the original law.

The table below, prepared by the Tax Policy Center (TPC), shows Trump’s proposed income tax brackets. This chart and a more complete summary of his plan can be found here. President Trump has also said he wanted to limit itemized deductions for high income filers, but that has not been specific. He has said he would NOT change deductions for mortgage interest or charitable giving.

Taxing of interest and capital gains would be capped at 20 percent.

What strategies can be gleaned from these tax reform plans? Again, the devil is in the details and we don’t know how these plans will shake out. Still, there is consensus between Congress and the Oval Office on lowering taxes. Based on that assumption, you might want to consider strategies to defer capital gains and income to take advantage of possible future lower tax rates.

For those of you who are self-employed, Trump’s proposals on corporate tax rates (discussed below) might have an impact for you.

Further, he has proposed writing a new business income tax rate within the personal income tax code that matches the 15% corporate tax rate. The idea, he says, is to reduce income taxes for freelancers, independent contractors, sole proprietors, and other unincorporated business that currently pay taxes based on personal income tax rates, which can be much higher depending on your bracket. This could be a windfall for independent contractors whose earnings put them in higher personal tax brackets.

President Trump’s personal approval ratings have been poor by historical standards so far, but the markets have reacted in a positive way since his election. It is critical to remember that we are less than two month into his first term and there is no clear evidence that a particular president or policies are a predictor of markets. I wrote on this subject in this publication last summer. You can read it here.

What we do know is that investors appear to be optimistic, which has driven stock prices up. Bond prices also have risen and investor confidence in those appears to be good.

The Trump team proposed a deduction of up to $5000 for child care costs, plus an earned income tax credit for childcare for families making up to $62,400 ($31,200 for single filers). He also proposed a dependent care savings account, with the government providing matching funds for low-income families. Again, this plan would need to navigate Congress. Since Republican budgetary leaders have insisted on anything passed being revenue neutral, this plan could face big obstacles.

Since the day the Affordable Care Act became law, Republicans have been trying to repeal it. President Trump campaigned on it, as did a majority of Republicans in the House and Senate. They likely have the votes to repeal, but the rub is that the party has not reached consensus on a replacement. Recent news reports suggest a replacement might not happen this year for lack of consensus. Insurance premiums went up this year, like they have most years before and after the ACA was enacted. I would like to say that I see some hope that we would get control of the highest medical costs in the developed world. We can only hope, but that’s as far as I can go.

Trump proposes eliminating the estate tax, often referred to as the “death tax.” Currently, any inheritance under $5.45 million is exempt from taxes for 2016. He faces a difficult battle for repeal as it will require 60 votes in the Senate and Republicans hold 52 seats.

The big fear from those opposing the tax cuts is that the federal deficit would balloon, eventually putting a drag on the economy. The Trump team says its plan is revenue neutral. All we can do is sit back, watch, and see what actually happens with the final versions of these proposals.

In the meantime, as we wait to see how the tax reform plans shake out, other than considering a delay of income and gains to take advantage of possible lower tax rates, continue making your financial decisions with the long term in mind and with emphasis on protecting assets in both an up and down economy.

The opinions voiced in this material are for general information only and are not intended to provide specific advice or recommendations for any individual.

This information is not intended to be a substitute for specific individualized tax advice. We suggest that you discuss your specific tax issues with a qualified tax advisor.

For a list of states in which I am registered to do business, please visit www.botsfordfinancial.com.

7 Things to Consider to Create Financial Resolutions You Can Keep

Thanksgiving: A Great Time to Create a Strategy for Intentional Giving

Are You a Potential Target? Protect Your Wealth Today

Are Stocks About to Crash? Build Your "House of Security"

Financial Planning as a Show of Love – A Valentine Message