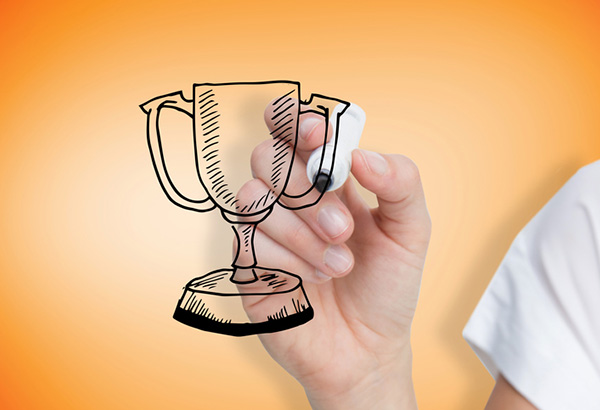 Admit it – it’s true. We all hate talking about ourselves, and worse yet, having to brag. Whether this stems from our days on the playground where we were taught that bragging was rude, or from years of seeing other women penalized for being verbally assertive – self-promotion is hard. As challenging as it may seem, effective self-promotion is an art that every fearless female business leader must learn to master.

Follow these 5 rules, and you’ll be bragging your way to the top in no time!

If you’re going to brag, be truthful and believe it. Nothing is worse than getting caught in a boastful lie, it defeats the purpose and leaves you looking insincere and unauthentic. The reason to brag is to establish your own unique selling proposition (USP) – define that singular skillset which makes you uniquely valuable.

It also goes a long way to believe in what you flaunt. Take the time for self-reflection, and ask yourself, “What is it that truly makes me awesome?” You can’t leverage what you don’t acknowledge to yourself. Dig deep into your shining moments – both professionally and personally – and pinpoint the ones you think exemplify your “best you.” Effective bragging begins with self-awareness, and drawing on your stories to articulate and capitalize on the goods you’ve got. Communicating your strengths and accomplishments as part of your story makes your brag points facts – not over inflated statements of self-worth. If you see it in your own history and fully believe it, sharing your successes will be effortless and come across as genuine.

Let the evidence speak for itself. Are you really proud of a recent accomplishment? Have you achieved an awesome benchmark? If you’ve done something great, just presenting the facts will do half the work for you. You don’t need to tell people how great you are when your results can say it for you. Boast through the data, and let others come to the conclusion you already knew – you’re a Rockstar!

It may be tempting to lie to get a leg-up on the competition, but at the end of the day it’s more likely to do you harm than good. Take for instance these brands that were caught bragging on false claims. While your fib may not cost you millions, over embellishing an accomplishment can irreparably damage your reputation and credibility.

Don’t brag behind a false mask of modesty. Research has shown time and time again that the “humblebrag,” a boast thinly veiled by a self-deprecating remark or complaint, used for the appearance of humility or modesty, often fails. If you’ve got it, tell it straight.

Humblebraggers may mean to convey their positive traits without seeming to violate those long ago taught playground rules of polite society that penalize vanity and arrogance. However, these attempts at fake modesty actually come across as more calculated and phony. Returning to the point about bragging honesty, people value authenticity and sincerity over manufactured messages or disingenuous interactions. So, instead of trying to cater to what you think they want, be bold and let your true self shine.

Take advantage of your social network by letting your friends and co-workers make your case for you. Supporting your fellow fearless female leaders and sharing the responsibility to highlight and encourage the recognition of each other’s strengths will take you much further than going at it alone. Your wing(wo)man, can be your best advocate. Endorse each other for skills on LinkedIn, and take every opportunity to brag for them. If they are truly on your side, they will return the favor in kind.

5. Brag Without Saying Anything at All

Self-promote without ever speaking a word. As they say, “actions speak volumes” and your body language can say a lot about you. Command attention and project your value through your behavior. Things like maintaining eye contact and keeping your stance wide and engaged, can impart your value without having to say anything at all. If your nonverbal cues say, “this person is worth listening to,” people will believe it.

At the end of the day, bragging your way to the top is about finding, building, and articulating “the honest stuff” that sets you apart from the crowd, and remembering that your biggest opposition isn’t others, but recognizing your own strengths.