Watch It! Is Your Anatomy Affecting Your Career Success?

Watch It! Is Your Anatomy Affecting Your Career Success? 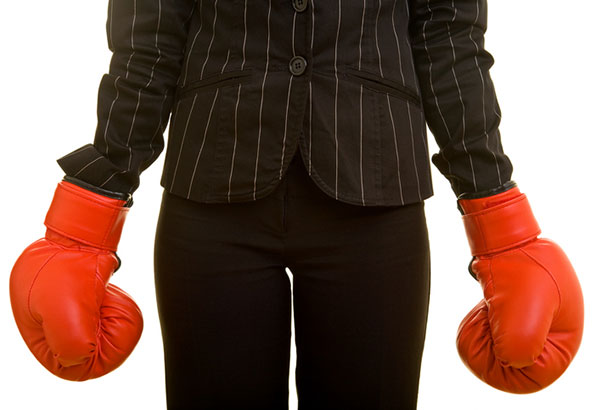 There is a lot of speculation as to why some experience a high degree of career success and others don’t. You’ll hear everything from huge heaps of testosterone, enlarged brain lobes, and/or looking swank in a blue suit.

Working at any job is a real body baring experience. You expose yourself to people all day long, every day. People see how you stand, sit, problem solve and interact with the world… people look at you and they see stuff. And while they may check out the whole body, there are two body parts that get executives – men and women – moved into the “do not pass, do not move forward” lane. 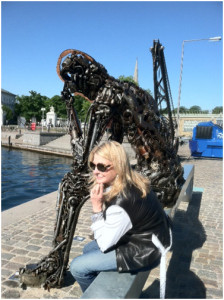 Karyl people watching at the Dock in Copenhagen, Denmark

Whoa!! Wipe that smirk off your face.

In my role as an executive coach and confidante there are two body parts I receive more complaints about than any others from my executive clients about their executive peers. The body parts may not be the two you’d suspect; yet, they are two that really matter.

Often found inhabiting differing bodies on the same team, these afflictions show no preference for one gender over another. Occasionally these two afflictions inhabit the same body at the same time. More often the majority of us are afflicted by these two problems intermittently. Just like a human seesaw, you might show up with sharp elbows in an aggressive stance and then sometimes teeter to invisible as you sink on weakened knees.

Weak knees and sharp elbows are both serious afflictions. Each can cause major damage – delayed promotions, damaged reputations, ineffective management behaviors, reduced productivity and diminished focus. Any of these circumstances can lead to sluggish career progress. Who wants that as a career diagnosis? Absolutely no one I know.

To have sharp elbows is to be too harsh, too barbed in one’s comments… often at the expense of another in the workplace. To be on the receiving end of sharp elbows is to feel another’s aggression through the caustic words and actions pointed at them from the person with Sharp Elbows. This is never seen as inspirational. As a result it is pretty hard to create a team, let alone an innovative or high performing team, around this pointy elbowed dude.

Sharp Elbows is often misdiagnosed by those who own them. The afflicted may say they are “being direct” and “telling it like it is.” People and companies turn away from those with this malady. As a result Sharp Elbows is an affliction that is often best spotted by others and corrected early.

Weak Knees – As in “when she heard Mr. Big state his point of view, she folded – didn’t even present the team’s idea” or “he’s not able to get anyone to listen to him, he just isn’t persuasive or strong enough.” Collapsing in the face of pressure, failing to speak an opposing point of view are definitely symptoms of weak knees.

Avoiding conflict and pressure, withholding differing points …these are sure symptoms of Weak Knees. If afflicted with Weak Knees, the person cannot withstand the gales of force required to be an executive. The long-term prospects for a weak-kneed executive… a team of dispirited people yearning for more support and strength and they just might exit the company to find it. 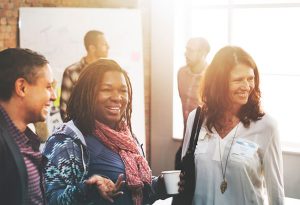 I already confessed that I’m a coach – one of the first coaches in the United States to focus on the career growth of executives. I’ve researched, studied, written, spoken, talked, lectured and, yes, coached on every conceivable aspect of executive success at work. And, there’s one truth I keep in mind as I begin every coaching engagement. That truth: everyone wants to succeed at work! No one goes to work to be misunderstood, marginalized or ignored. Yet, it happens all of the time.

This success thing…its complex. The term success at work returns 1,010,000,000 hits on the internet –that’s over a trillion hits revealed in less than a second. Everyone is talking about success and few know how to leverage their own success possibilities.

There are many ways to start on a path to increased success at work. The best of these paths starts with an anatomy check. Check out your own anatomy. Look for evidence of sharp elbows and weak knees. Sanding off the sharp elbows and strengthening those weak knees are two very real ways to strengthen anyone’s leadership anatomy.