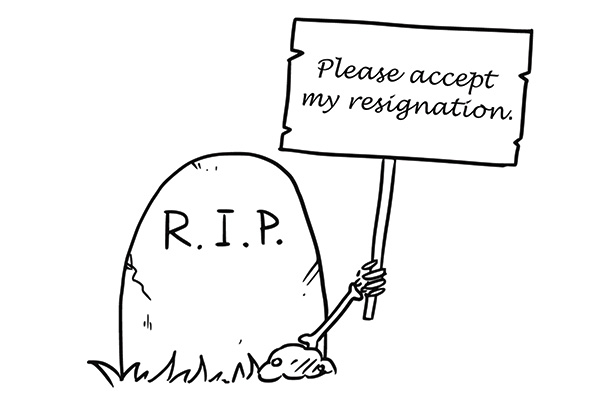 Working Till You Drop? Retirement Age is a Moving Target

Working till you drop doesn’t sound too bad to me. Retirement age means different things to different people, it seems.

My mother never understood why her daughter wanted to work. At school, she wanted me to stick in and be one of the “clever” ones. She even wanted me to go to University, but by that she meant “dough school” – the Scottish term for “Home Economics” classes. I didn’t catch on to that fact until it was nearly too late. (In fact, I spent much of my youth believing it was spelled “doe,” and that it was only open to those teetering on heels like Bambi and with docile, long-lashed eyes.)

In the event, we reached a compromise that I would go to St. Andrews University and study English, with a view to becoming a nice, respectable blue-stocking teacher. Being a contrary daughter, I of course dropped English after year one and continued with the Psychology classes I’d wanted to study all long. This was an early personal triumph over female expectations and limitations.

In my twenties, I sallied off to London. The one time I took my non-working mother to London, many years later, she was so uncomfortable with its sheer size and cultural diversity that I had to spend the rest of the weekend in a family department store, where at least mum could cope.

Now quickly, I have to say that she was a much better baker than I am. She cleaned the edges of her carpets, where mine are sometimes furry, and was seldom seen without her lipstick. She was a contributing member of society, an office bearer in her Church, did very good things for needy people, and looked after my father in ways most men would sigh for nowadays. But she didn’t believe women were designed to do paid work.

As age sixty looms on the horizon, a retirement age when even men of mum’s generation would automatically have retired, I still have fuzzy carpet edges and I’m still working. I really can’t see why I would want to stop.

True, it would mean downsizing my home and living off beans for the rest of my days as my generous pension hopes are filed alongside my divorce papers. (And for anyone who wants to squawk that I should never have been dependent on a man for my pension, it was the other way around).

If anything, I have to remind myself to STOP working since I confess that extended quiet periods drive me nuts and you’re more likely to find me at a computer of an evening than in front of the TV.

When I’m not doing paid work, I clean my own house, dig my own garden, and power hose the decks of my own old boat (and that was just this weekend). I might creak and groan afterwards but love the sense of ability and achievement this brings.

A recent report in the UK said the number of women still working in their 50s and 60s has doubled in the last twenty years and gone up by 3.5% in the last year alone.

Apparently, there are now more than 10 million Brits over 50 still working (from a total UK population of around 65 million) and concerns have been raised that this is down to poor pensions and the rise in the state pension age, which for me won’t be available until I reach 67.

If someone is sick or infirm, this could be a dire state of affairs but, at the moment, I’m one of the lucky ones and have good health. Surely I have some sort of responsibility to make myself useful and keep contributing to society, either as my mother did or by keeping myself and my tax contributions going?

If the tables were turned and I was incapacitated, I’d sure hope people who could do so were still working to keep the NHS going and the lights on.

Taking Jobs from the Kids

There’s a common argument that people over 60 are taking jobs from young people and so should be put out to grass. Wee problem with that logic is that the young folks would then be solely responsible for paying for the care of an ageing population instead of sharing the burden.

I adored working with young adults in my last role; partly I confess because their sense of entitlement was sometimes genuinely amusing, but more because their freshness of mind and the sheer beauty of youth is lovely to be around. We taught each other things every day and I firmly believe formed an infinitely better team than any one age, gender or type.

I also freely admit to playing up my “smart but technically inept” persona which allowed them to feel good when doing things I am perfectly capable of learning but frankly couldn’t be bothered. No one is good at everything, and we all do best when we play to our strengths and encourage others in theirs.

Possibly the biggest challenge of working past the usual retirement age is the feeling that you’re looking over the edge of the hill, plus the suggestion that you’re somehow “past it.”

I kept a sign on my desk when I shared an office with much younger colleagues which said, “The treachery of age will always triumph over the enthusiasm of youth.”

You can interpret those words several ways, but I always took it to mean that experience really has a value – as does the confidence and innovation which comes with lack of experience. They are a good mix.

If I’m honest, it can be hard for my ego to take instruction from a client who is barely older than my children. This might even be someone I’ve coached over the years who is now setting the rules. But what would it say about me if I can only give instructions and not take them?

I’ll politely speak out when I believe something could be done better, but I hope I also know when to shut up and allow people to pursue their own path and make their own mistakes. Living to 1,000 wouldn’t make someone reliably right in a world of quickly changing technology.

Having been there and done lots of things, my attitude now is one of gratitude that I enjoy sufficient health, energy and desire to keep taking up opportunities. In the second half of my fifties, I’m a mere youngster and I’ve been smart enough to keep my skills up to date and retain my love of learning.

Given the opportunity, I’ll dance till I think my lungs might give out and have recently taken up lifting weights. I blankly refuse to succumb to polyester slacks and will force myself to try new things which I even slightly fancy (some work for me, some don’t but at least I tried).

I’m Not Ready to Retire from Living

I have said for years that I’m still not sure what I want to do when I grow up. It makes people laugh but I’ve always been serious.

If I reach the stage where I’m not contributing to the working landscape enough to feed my bank balance or my ego then it’s time to hang up my spurs. But that’s the time when I hope to write my novel, bake for community events, maybe attend Church more often and do some volunteering.

My mother had fuzz-free carpets till the day she died at 83. She never had a career but worked every day in life.

For both of us, success is falling off your perch just after your last deadline, not at retirement age. May the deadlines, the experiences, the new people and the learning never cease. 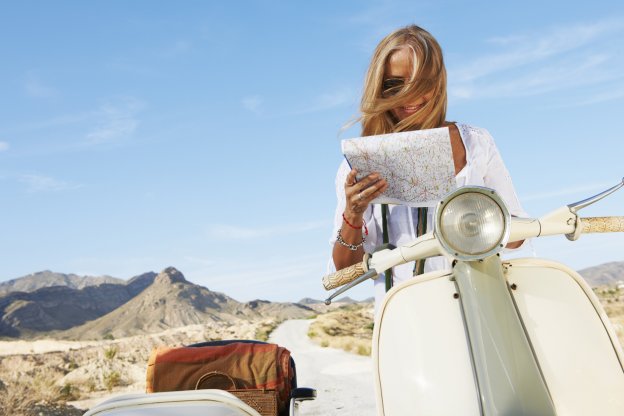