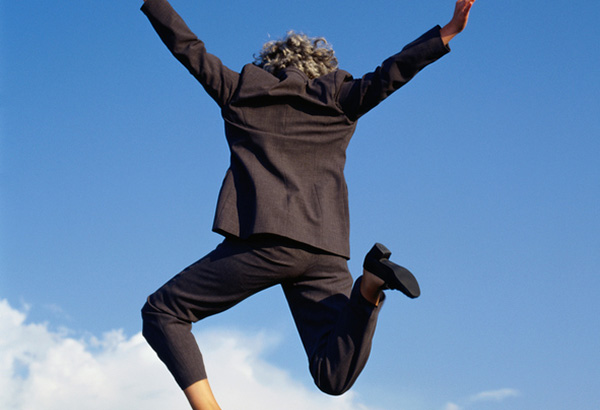 Do you feel too old to change careers? If you ever flirt with this idea, remind yourself that Anna Mary Robertson Moses (known as Grandma Moses, the famous folk artist) didn’t start painting until she was 78 years old! Today, her paintings hang on the walls of museums and one of her paintings even sold for $1.2 million in 2006. Grandma Moses’ story and many others prove that we are never too old to make a career transition.

Women in their prime years may yearn for a change of career for a variety of reasons. In researching this article, I spoke to several women who’ve made a career transition at an age that some would think too old. Their unanimous advice to any woman considering such a leap is, “Let go and go for it, girlfriend!”

Four extraordinary women who have made a career transition in their prime:

Jude Olson, PhD, was a high-ranking corporate organizational development professional for a large aerospace company. She is now a professor of business at University of Dallas and a sought-after executive coach.

Vicky Teherani is the former CEO of a mid-sized distribution and service company, where she started as CFO and rose to CEO. When she left the company, she started two new businesses: an angel investing/consulting company, and a wealth management firm called More 2 Wealth. She is also the fractional CFO for a company for which she worked previously.

Heidi Rasmussen is a former divisional vice president in charge of merchandising at a large retailer. She said, “3,000 of my best friends and I were laid off” when a new CEO arrived, and she decided to join her husband in their startup company, freshbenies, where she is now COO.

Kristin Clark got tired of being laid off in the volatile home security industry, which at the time, was careening through mergers and acquisitions. After the last layoff, she realized her heart was not into chasing another corporate job. She instead started a new education company called Land Academy and bought a GymGuyz franchise, an in-home personal training service.

Because these women left Corporate America, they do not miss the daily grind of a “real” job. Olson said it best, “It’s so nice that nobody owns my time anymore.” As entrepreneurs, they get to set their own schedules and find that they have much more control over their days. Errands on a Wednesday morning? No problem! A movie with your husband or grandkids on Monday afternoon? Go right ahead. The fluidity of their schedules is a relief to these women.

That does not mean, however, that they are not working hard. Most of these women are deeply involved in multiple business endeavors, and volunteer in areas of their passion. One of Clark’s companies is dedicated to helping high school and college-aged students find a career that allows them to work to their strengths, rather than just “falling into a career like I did.”  Teherani also works for two businesses. Their passion and drive continue into their prime year careers.

A woman faces multiple challenges in making a career transition in her later years. As an older woman, you may be forced to start your own business or buy a franchise if you wish to keep working. Clark explains, “I felt age was a factor in not getting interviews and not getting job offers for corporate positions. Friends my age are struggling to find work. Companies are unwilling to pay the salaries that highly experienced people, women or men, command.” In other words, ageism is alive and well in certain industries. Olson, on the other hand, chose a new career in higher education and executive coaching where, she says, “Gray hair is not a problem. Many professors actively work into their 80s!”

Rasmussen identified the challenge of leaving the structure and support a large corporation provides, “You have to learn so much when you start a business. You must be curious enough to learn things like marketing, legal, finance, sales, etc. In the beginning you can’t afford to hire people, so you have to do it all yourself.”

I remember having to learn the intricacies of Microsoft Word and Excel when I left my corporate job years ago, because I no longer had an administrative assistant who did those tasks for me. It can be a shock to women accustomed to having large staffs to which you can delegate.

Both Olson and Clark talked about coping with a different identity once you leave a corporate gig. Clark remarked, “Being in the corporate world, you see yourself in a high-level role, going to an office, having a staff. Now, I work out of my home with no staff and a much less structured day – all these have been an adjustment.” Once she retired from her corporate role, Olson says, “I just slept and journaled and read books for 3 months! Take a rest and think of it as a retreat.” Olson added that she followed the advice in the book The Artist’s Way by Julia Cameron and wrote her “morning papers,” which was prescribed in the book. Like journaling, morning papers help you clarify your desires and clear out emotional debris that might linger after the rigors of a corporate job.

Women in their prime typically desire to give back to the business world and their community. These women are no exception. Teherani is deeply committed to making a difference for her clients. She is so committed that she forgets how good she is! She remembers talking to a client recently who gleefully proclaimed that her 401K had gained 25% last year. Teherani innocently asked, “How did you do that?” The client answered, “Vicky, you picked the mutual funds for me, you recommended the investment selection for my 401k!” Teherani hadn’t remembered! Her confidence in her investing abilities has grown tremendously, which supports her desire to do well by her clients. Olson demonstrates her commitment to her coaching profession by serving as the President of the International Coach Federation – North Texas chapter, a labor of love that demands a great deal of time.

Rasmussen lists the joys of running her own business as 1) getting to select her own team to work with, 2) having control of her own destiny and 3) getting to work in her strengths. These were all challenges in her corporate jobs in which she often inherited intact teams of employees, was moved from position to position and had to mold herself to the demands of the position. Clark’s purpose in business is “to help and serve people.” In her previous corporate positions, that purpose was buried under competing company commitments. Now, however, in both businesses she started, she gets to fulfill her purpose of serving.

These four women’s advice to others thinking of a career transition later in life? Make a plan, do your due diligence before jumping and don’t let health insurance be an excuse to stay in a job you dislike. Teherani, the wealth manager, encourages women to “Live within your means and save for your transition to a new career. When you don’t have to worry about money, it gives you freedom.” Rasmussen’s advice is similar, “Before you leap, know where you stand financially, physically and mentally. Business ownership is a beating on all three of those areas.” Save enough money for three or more years in your new business. Rasmussen quipped, “It can take years of planting seeds in a business before you see the harvest – it took us years to get it right.”

Clark, on the other hand, bought a franchise and encourages women who are interested in buying or starting a business to, “Kiss a lot of frogs, look at a lot of franchises and talk to people doing it. It helps you decide what you like and don’t like.” On top of this, Olson encourages women to try something part-time before committing fully to it. She taught at the university as an adjunct professor for several years, long enough to know she liked it, before the administration offered her a full-time position.

To sum up these incredible women’s advice about a career transition:

When will you make a career transition?

The Secret to Having a Productive Day