I Want It All - Prime Women Magazine 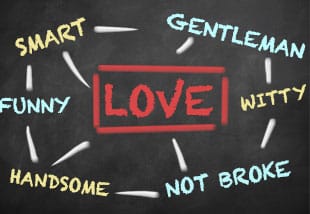 Do you think it’s possible for accomplished, involved, financially independent women like us to find a man to date who is her equal? What does equal mean, you ask? Well, for me, it has come down to being someone that doesn’t bore me. You know, the kind of man that you can go out to dinner with and not want to kill yourself by dessert. The man that does not bore you has to be at least close to your intellectual equal, be able to make you laugh, enjoys reading as much as you do, be able to step on your starter, and be someone you are proud to be on his arm.

Does this man exist and if he does, “Where the hell is he?” 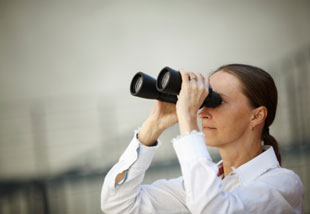 I was married for 30 years and have been divorced for 15 years. Shortly after my divorce, I was enjoying dinner while attending a Renaissance Weekend in Charleston over New Year’s weekend. Renaissance is a wonderful bi-partisan gathering of some of the most interesting people in

the country. Seated next to me at dinner was a principal in a new dating website called EHarmony. He told me that I should enroll on his site. I snorted and told him, “Not for me.” Not being discouraged from my rebuff (typical of a successful entrepreneur), he went on to elaborate that the site was revolutionary and it was going to change the world of online dating.

Up until this point, my only knowledge of online dating was from movies LIKE “Must Love Dogs” where actress Diane Lane answered an ad and agreed to meet a man carrying a rose at a lovely restaurant patio. When she arrived, the man with the rose was her father. UGH….

Like most of you, I am a sucker for anything that is going to revolutionize the world or make me look 20 years younger; so the first thing I did when I returned home from Renaissance was log onto EHarmony.

As multi-dimensional as we are, there are times when we want to get all dressed up and go to a 5 star restaurant. There are other times when we want to stay home and cook Italian food in our jeans or sweats. Please don’t make me choose! But, to complete these questionnaires you have to choose. You have to settle for the mediocre instead of saying, “I want it all.”

I want to do all the things!

I want to go to the baseball game AND the football game. I want to cook AND go to a 5 star restaurant. I want to ski AND skydive (Well, there is no way I’m jumping out of an airplane but I might tell the right man that I’d consider it) and I want to go to live theater AND the movies. In short, I want it all!

But of course, being the eternal optimist, and looking for love, I truthfully completed 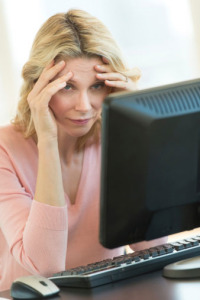 EHarmony’s questionnaire, agreed to pay a monthly fee, and patiently awaited my prince. The men that I attracted were more in the frog category. The highlight of the experience was my entire office staff gathering while I read my daily flirts, tweets, winks and downright scary posts.

There was the poor man who was still married whose wife had Alzheimer’s and he was lonely; the guy who had 6 cats and he admitted to spoiling them; the Colorado truck driver that was living in his semi and drove through Dallas frequently; a guy who shaved 20 years off his age in his profile and forgot that after I met him and had his name, I could google him; …well you get the picture and it was not pretty.

But, 10 years have passed and on-line dating is a lot like childbirth…you forget the pain. So, here we go again…another try at what I consider a fairly humiliating experience to find love. But, who knows maybe it’s a better experience, maybe they have found a new epidural to take away the pain, maybe I will lose 20 lbs. in the next two weeks….hope springs eternal. 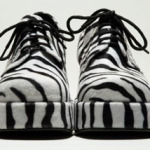 Final thought: There are times in life that are like a bad shoe season. You just have to let them pass and hope for better shoes next year.