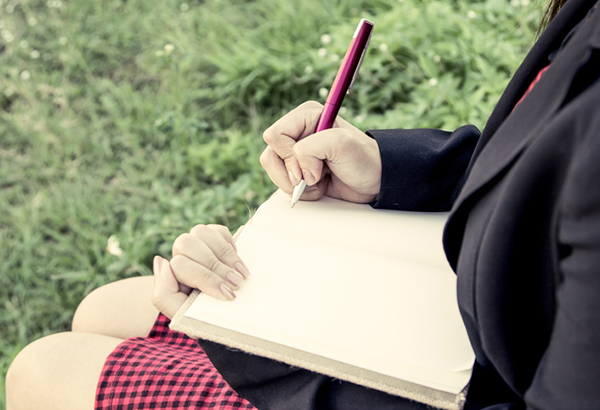 A Letter FROM My Younger Self

There’s nothing new in the idea of sending a letter to your younger self, telling them what you know now and wish you’d known then. However, turning that on its head, I wish I could receive a contemporary letter now from the teenager I once was.

Specifically, I wish it would explain why it is necessary for my television to no longer play unless I stream it through another device. Why, when my TV is all of seven years old, I am told it is obsolete – even when it is still perfectly capable of playing television programmes.

I wish the young cleverdick I once was could talk me through why deteriorating mental health is a constant factor in the news. Why people have to be told to go for a walk. Why the government is banning plastic sticks on cotton buds rather than educating individuals to take responsibility for not flushing them into sewers.

I’d hope young Marjorie could explain to me why we brought people up to feel today that any insult to their feelings was hugely significant, yet playing games where human images are mugged, blown up and raped qualifies as harmless entertainment.

Maybe a teenager somewhere has the solution to racism and the cultural division which leads to terrorism. Perhaps they would also have a handle on why some people can be cruel and depersonalised, while others are quietly and unassumingly saintly.

Or maybe just explain the phenomenon to me where two year olds can automatically work technology which baffles the more mature. And yes, I know the theory about malleable wiring in the brain at a young age, but they still have to be taught how to tie their shoelaces and not pick their noses in public.

DIY – Doing It for Yourself

There’s a gap where CDs and videos were once stacked, since today’s world wants me to subscribe to screening instead of owning. There’s also no need for a bookcase since my one small, wee Kindle device can digitally store a library.

I can retire the coin purse since contactless payment is faster and doesn’t wear a hole in your pocket (surely also soon to become obsolete, but wait, is there an app for a handkerchief if I get a runny nose?)

I haven’t had to own or use a map for years – why would I when my satnav tells me exactly where to drive? And silly me, I won’t have to drive for long either since driverless cars are on the cusp of being mainstream.

My younger self might, however, have to instruct me on what to do with my evenings since future houses might not require kitchens, apparently; saving people having to drive to the supermarket in the cars they don’t control; to buy groceries without money; to make recipes they can immediately source (and lose) online; to share with friends who won’t actually be there, except perhaps in a virtual sense.

Would my younger self today really advocate that instead, I spend the evening in front of digital devices, mindlessly accessing pointless data until it’s time to go to a bed that I won’t be able to sleep in because my brain has been over-stimulated by blue light?

While I’m on a roll, my teenage self had better not expect to inherit my alarm clock since my phone takes care of that too. And good luck to younger me if anything breaks down since Alexa, Google, Siri or whatever robot handmaiden runs my home already knows more than I do about the temperature of my fridge, level of oil in the domestic fuel tank and settings for the heating.

In my “younger self” letter, teenage Marjorie, can you please reassure me that this is progress?

In truth, it’s a reassurance I need, as I’m beginning to feel more than a little detached from my own outcomes. I’m not sure that having lots more time to virtually pay to go to a germ-filled gym to counteract all the time now spent sitting on my ass pressing buttons on electronic devices is truly a fair exchange.

An Old Head on Young Shoulders

But, of course I remember enough from my years of confident youth to know that MY generation always does know best.

The ironic thing is that this is an unshakeable belief that never leaves. Older people evidence the persistent belief by muttering about “tradition” and “values” and ask why they can’t just switch on a television and get their programme (this is a personal theme today, had you guessed)?

Those under 25 unshakeably believe they own the world and that their experience is the only experience that counts; that their technology is the technology they’ll be using all their days since it’s cutting edge – today at least. They haven’t yet grasped that in five years’ time there is a new crop of 25 year olds who already considers being 30 an affront to natural justice. And with the speed technology is changing, even a five year “generation gap” is shrinking.

I think that’s why I really like the under 25s. They are refreshingly hopeful, full of potential and are truly inventing and creating things for the first time.

It’s also why I want the contemporary letter to come from my teenage self. I don’t much fancy being lectured by the equivalent in their mid-thirties to mid-forties as I find them much too depressing.

That age group is caught in the middle ground between self-absorption; the innocent belief that the future belongs to them, and the dawning realisation that changing the world isn’t quite as easy with a mortgage, kids, a job and a persistent sports injury.

Still trying to climb the greasy pole and acquire visible trappings of success, it’s only just beginning to hit home that whatever you can buy, someone can buy bigger or better. That paying the earth for a designer thingummyjig rarely brings lasting pleasure. In fact, it can be the opposite, since designer stuff is by its nature subject to fashion and has little to do with value.

Poor mid-lifers don’t yet have the blissful release of having reached an age where they can appreciate that it’s all a hill of beans and doesn’t matter anyway. The only things that really count are health, happiness, friendship, love and the opportunity to laugh.

I have no doubt whatsoever that my teenage self would be best placed to have all the answers. I’d be disappointed if they didn’t.

I can sort of remember that feeling, and being confident that becoming Prime Minister and a world acclaimed opera singer at the same time was not only possible, but desirable.

I love that I’d undoubtedly tell me how the world is, how it’s got to change and how I am going to be at the cutting edge of it.

But I love even more having the pick’n’mix experience of several decades which allows me to choose my technology, bake a cake from scratch and from memory, to cope if I lose my phone, and to play the helpless codger if I really can’t be bothered learning something until a young person who knows it all steps up to instruct me.

There is no greater joy than knowing that today’s teenagers, if they are lucky, are tomorrow’s fifty-somethings. And if I was to send a letter back, I’d say “Please don’t change, but don’t fear getting older either.” 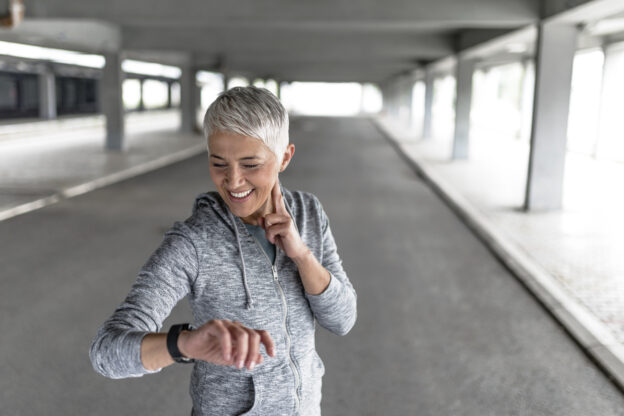 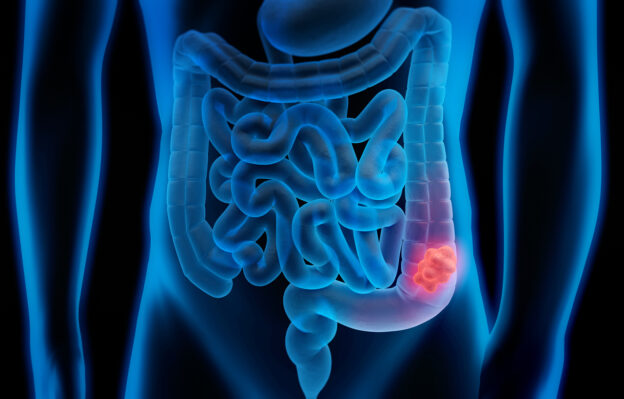 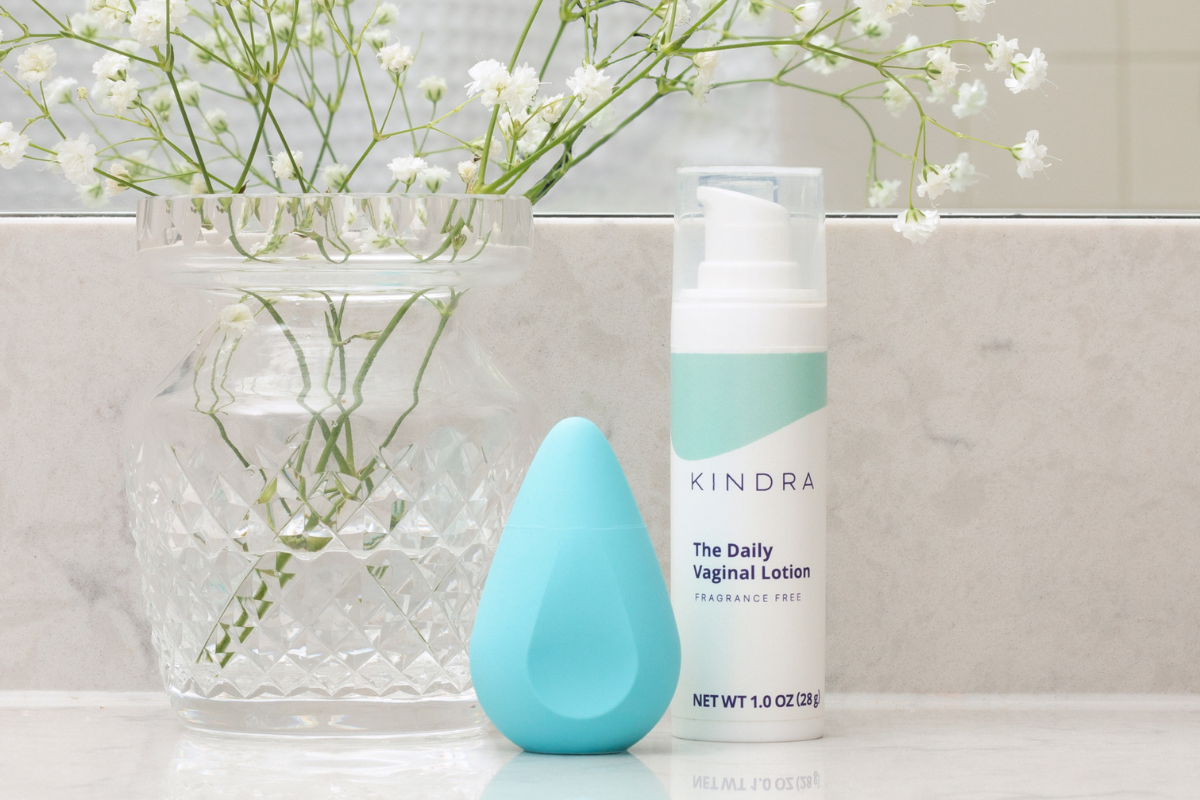 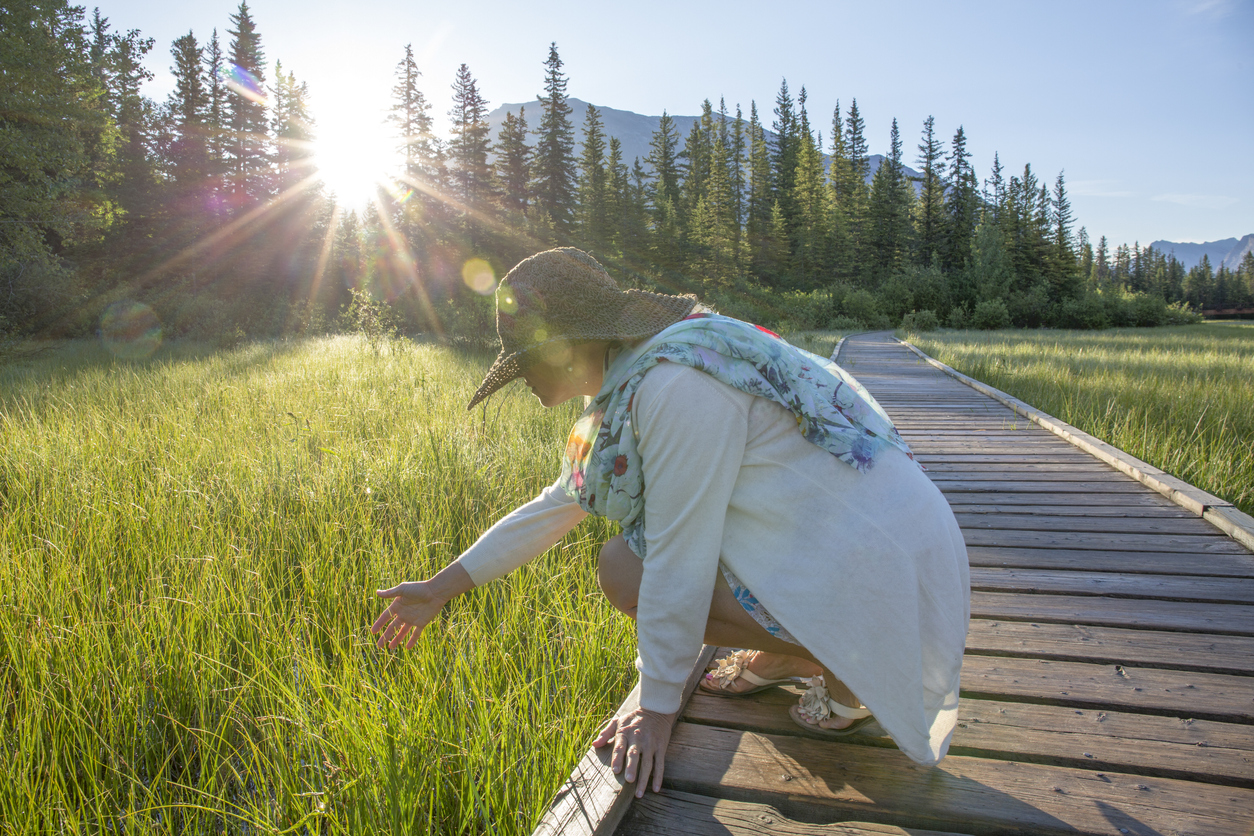 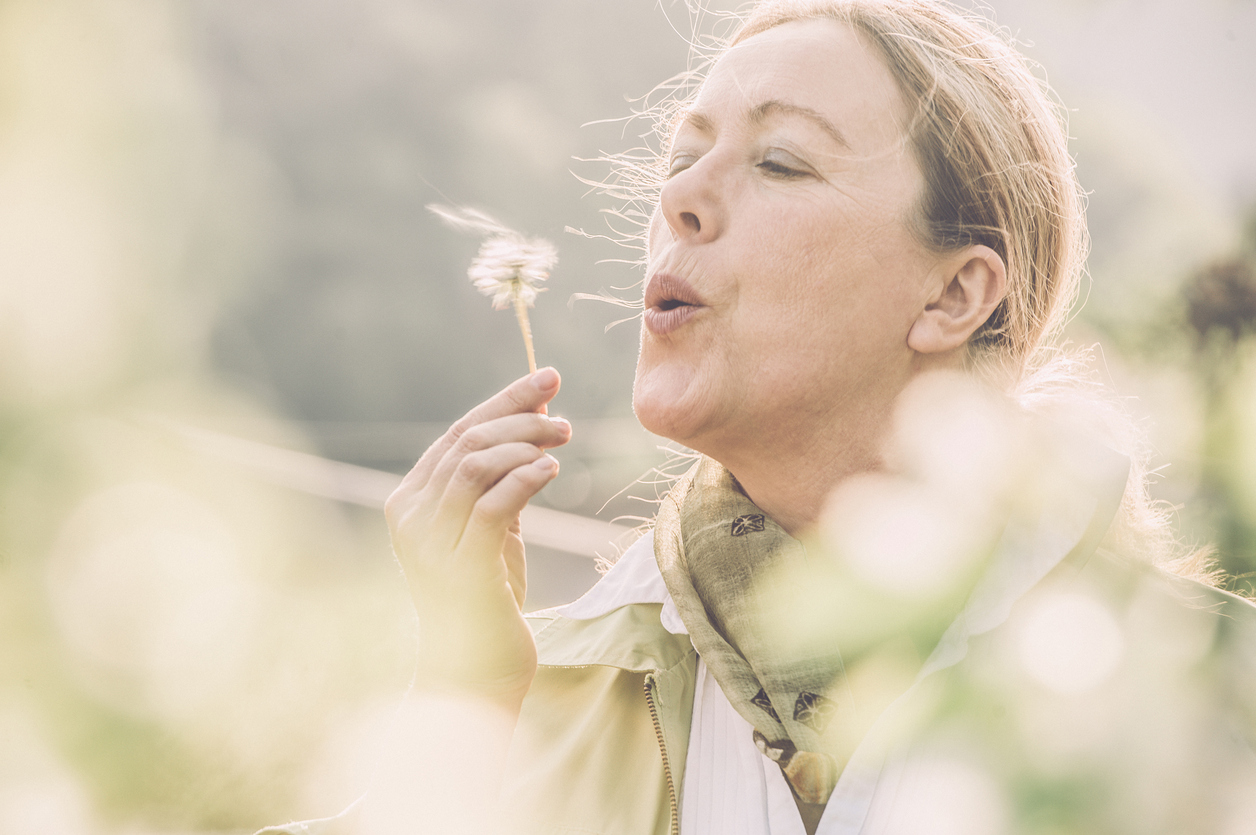 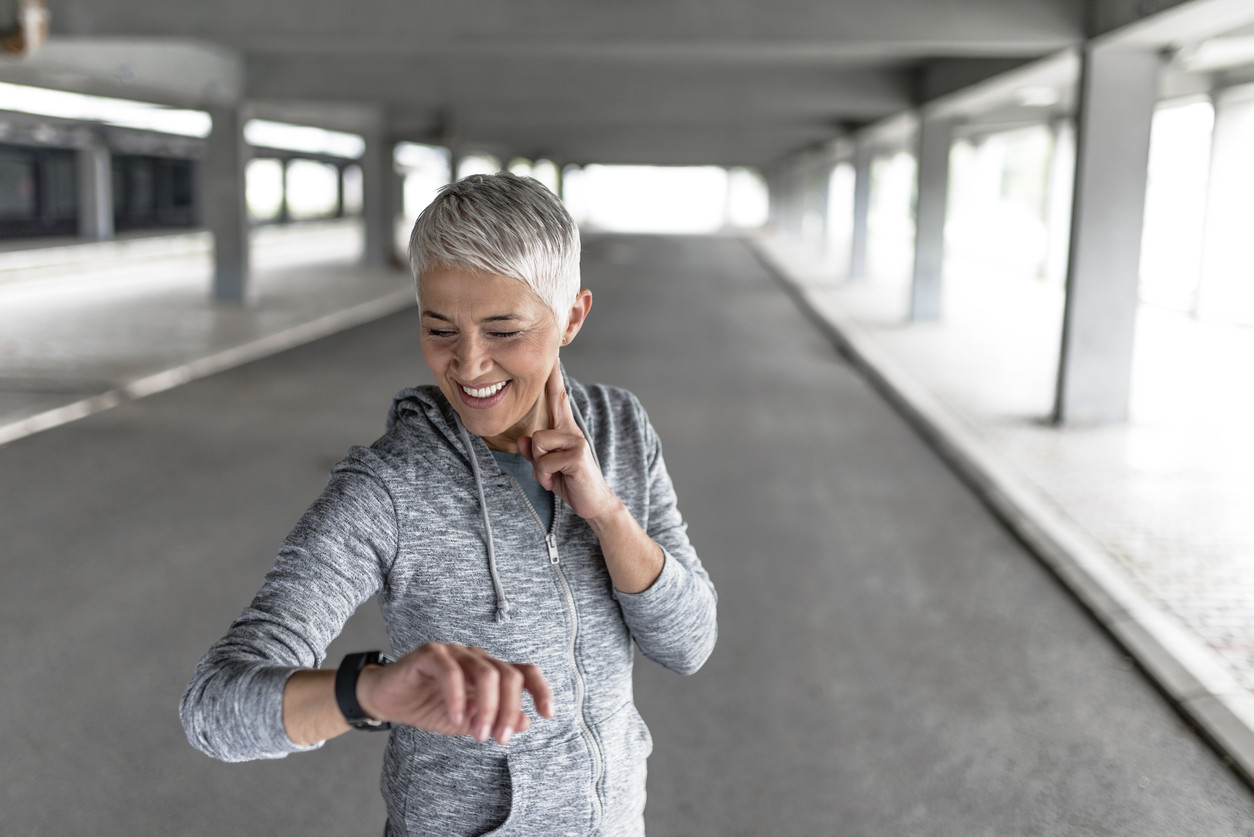