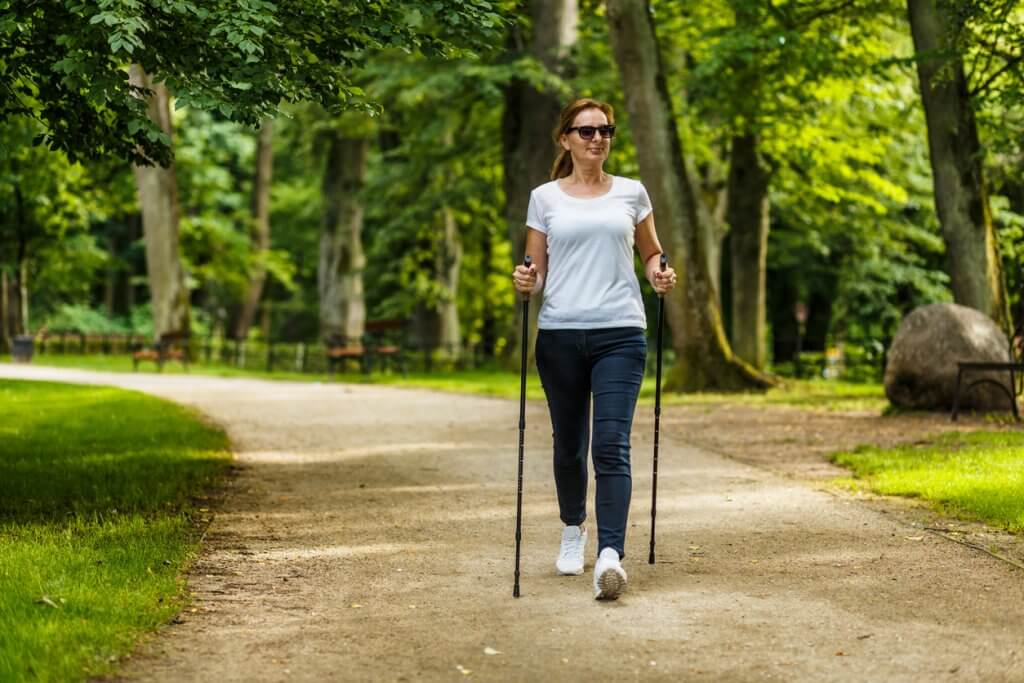 If a fall can harm a body, just think what it can do to the mind.

That angle wasn’t much on the thoughts of our esteemed national newspaper nannies, the New York Times and the Washington Post, when both published within the same week in February very worthy but well-worn advice on the dangers of falling.

In her Times Personal Health column, Jane Brody did point out that a fall can raise an older person’s fear of falling again, “prompting them to limit their activities and cause further physical decline, depression and social interactions, which in turn can hasten death.”

Grim stuff, right? Not too subtle a goad to what family physician Daphne Miller in The Post called the necessity of mastering the art (and science) of falling safely. “Research shows that people with FOF, regardless of whether they have experienced a bad fall, are more likely to become deconditioned, depressed and socially isolated,” she wrote.

At 80-plus, I’m not young, but I don’t think of myself as elderly, in spite of actuarial charts that would have it so. I can still fall and get up again, without much fear or pain. I don’t believe that one fall necessarily leads to another, in spite of what the Centers for Disease Control and Prevention says (in Brody’s report) that, among people 65 and older, “falling once doubles their chances of falling again.”

Next step the hospital bed?

I’m a Pilates regular and have attended a forum conducted by a physical therapist on how to fall safely. 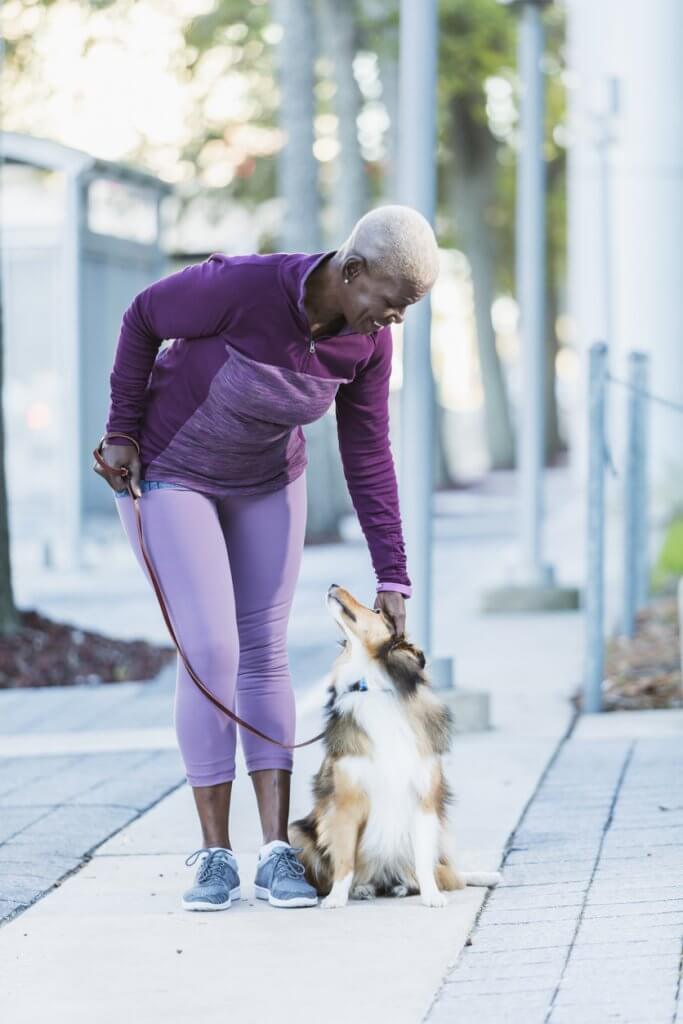 It’s possible when on one cold morning I tripped on a loose sidewalk brick and went down that I had absorbed the therapist’s lesson subconsciously. Beguiled at the time by the charm of a toddler neighbor, I wasn’t looking ahead as I should have been. I rolled onto my side, to avoid impact on head and elbows as the therapist had advised. But also I was wearing a heavy down jacket that must have helped cushion my fall. I felt gleefully absolved of woe. Even felt a little smug.

More serious was the butt tumble I took sliding all the way down the narrow wood stairs in my old Capitol Hill home. But nothing can be done about a sore coccyx. I laughed off the event. More serious, it turned out, was the aftermath. I had grabbed hard on the railing as I went down, and my steel watchband gouged my arm in the process. I thought a Band-aid was all I needed. Not so: The cut led to minor surgery. Call that secondary trauma: a bother, not a guilt trip.

Alas, no FOF prevented the latest mishap, which took place in the Galapagos. Many of those remote islands off Ecuador’s coast are composed of famously uneven black volcanic rock full of fissures. Only naive and innocent souls dare negotiate such surfaces without fall prevention equipment such as solid shoes or boots and, ideally, walking sticks. 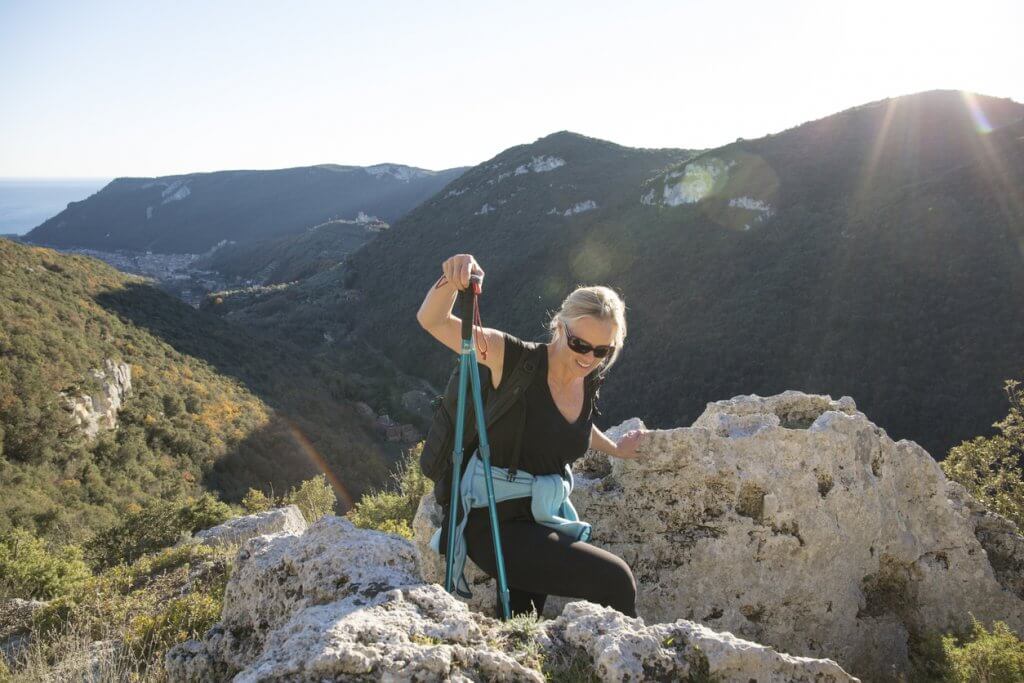 I had the right shoes but stupidly ignored the sticks kept on the boat for just that purpose. I knew that I was tired in mind and body from not sleeping properly the night before. Even so, I thought I was doing fairly well keeping up with our leader, who has climbed the tallest mountain on every continent, and the retired female forest fire fighter. But not well enough, evidently, since at one point I lost my concentration—the worst possible sin under these conditions. I lost my balance and ended up horizontal on the ground.

On the hardest ground I’d ever met. Strangely enough, I hit my mouth but somehow avoided breaking a tooth. And I landed – such luck – on my thigh, about the softest part of my thinly clad body. The rock was unrelenting: I would have a swollen lip and hip and a beautiful bruise the color of the sea at sunset. But I could stand up and move on—as indeed there was no other option. Not in those wild wonderlands far from any emergency medical aid.

It was a blow to my ego for sure, but nothing like what I experienced on the flight back to the sky-high capital of Quito from Isla Balta, site of the curiously named “first ecological airport in the world.” I was stretching my limbs in the aisle during a brief stopover to collect more passengers when a tall dark stranger in a nearby seat addressed me out of the blue.

Not your usual “getting-to-know-you” come-on. I noticed the woman next to him cringe.

Startled, all I could come up with in response was a cop-out line— “How old do you think?”—  never imagining that he might guess correctly. I’ve tried never to live by actuarial charts. Credit an enhanced energy level that I enjoy without dwelling on it. I even recently experienced a 30-something guy flirting with me, or maybe he was just being nice. My face won’t launch a thousand ships, but I don’t have an image of myself as old.

Hah, dear reader, this was another, tougher lesson in humility.

Reflecting later, I thought back to my last inglorious fall when trekking after those wondrous out-of-this-world creatures who somehow manage to live on the perilous Galapagos terrain. The spill really had done something to me, I realized. Our schedule had been tiring, and it showed. While I might exercise out of habit, I was unable to control the downward flow of lines in my face. The shock of the fall resonated in other ways. I had to admit there might be limits and acknowledge them. Not fearfully but watchfully. With a smile.

“Can’t you at least humor me?” I should have told the man, who might not have had any humor in him. “Tell me I’m the best-looking 60-year-old you’ve ever met.”

Who's Wearing Heels These Days? Not us!

Our 5 Favorite Tanning Options for Women Over 50

Prime Pick: The End of Bad Breath for our Dog

Looking to Lose a Few Pounds?

Germs Calling: Your Dirty Smartphone Could be Making You Sick

6 Ways To Recover After Hip Surgery

Dispatch Health - How it Works