Major life regrets have long been considered an inevitable part of growing older, and the half-century mark is a natural place for most women to stop and take stock of their lives so far. Even those with high amounts of overall life satisfaction report looking back and wishing they would have done a few things differently. Since we would all prefer to have no regrets in the end, let’s look at 10 of the common themes.

1. Pining for the One Who Got Away

Romantic relationships that didn’t work out are high on the regrets lists of most people. There often seems to be one great love who slipped away somehow — perhaps the timing wasn’t right, or maybe fate intervened in ways no one could stop. If you’ve got someone in your past you’ve never gotten over, it may be time to look that person up one last time. The simple act of getting in touch just to catch up, if possible, frequently puts old passions to rest. If neither of you are involved, the outcome this go-round could be quite different — perhaps your time as a couple has come at last.

Most people have formed a grudge at some point in their lives. Perhaps an insecure cousin tried to steal your thunder by upstaging you at your wedding reception, or maybe a college roommate had a habit of coming on too strongly to your boyfriends. Grudges may actually be healthy at first — after all, they’re generally formed as a means of self-protection, but they usually don’t need to last for years. If you’ve been holding on to one and feel it’s time to let it go, consider reaching out to the person involved. If that isn’t possible, simply let it go in your mind. Holding on to feelings of anger past their due date does no one any good.

3. Ignoring the Urge to Wander 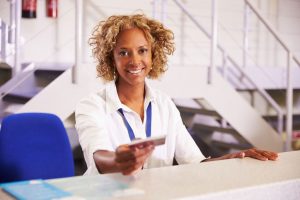 One of the most common regrets shared by those in their 50s is that they put their desire to travel on the back burner. Naturally, life situations exist that make travel a challenge, particularly in the younger years, such as lack of discretionary income and raising a family, so there are good reasons for not giving in to the travel bug in many circumstances. If you want to have no regrets, this may be the ideal time to buy those tickets to Ireland you dreamed of purchasing while in your 20s, or to take that cruise through Alaska’s Inside Passage that’s been calling your name lately.

Many people find themselves taking the easy path when it comes to their careers during their early years. After all, taking chances with your job isn’t always the wisest course when you’re raising a family or trying to stay afloat in a troubled job market. Unfortunately, many people also consider 50 to be too late to make any major changes, but that’s being proven wrong by countless people over the age of 50. The economy couldn’t be in a better place right now for those seeking ways to transform their careers or to establish new ones.

5. Going With the Flow

Going along with the crowd to avoid making waves is another regret experienced by many of the over-50 crowd. It could be simply a matter of keeping your opinions to yourself about causes you feel strongly about, or it could be keeping quiet about injustices you’ve witnessed. The good news is that women often develop a sense of confidence as they grow older that makes ruffling feathers infinitely easier. Speak up!

Almost everyone has had at least a few instances in their lives when they’ve ignored the quiet warning voices of intuition, but the 50s are an ideal time to start listening to those voices more closely. Want to live with no regrets? Gut feelings are remarkably accurate, so don’t be afraid to let them have their say.

Fear can be a good thing — it’s often what keeps us alive. But if you’ve always felt that irrational fears have held you back from becoming all you could be, now is the time to explore ways to loosen their hold on your life. A good therapist can guide you through the process of moving beyond any fears that have been plaguing you for years.

8. Not Taking the Time for — Fill in the Blank

There probably isn’t a person alive who doesn’t regret not having made time for a specific person or activity in their lives when they were younger. Now could be the ideal time to take that art class you once wanted to take but just couldn’t fit into your schedule or to catch up with those old school friends you haven’t seen for several decades.

9. Not Being a Kinder Person

It is not at all unusual for people to regret harsh words they’ve spoken to family, friends, or colleagues over the years. Although you can’t take back words once they’ve been spoken, you can take steps to become a kinder person in your everyday dealings with others. You’ll feel better for it and have better interpersonal relationships.

10. Not Paying More Attention to Wellness 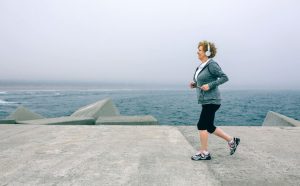 obligations? That doesn’t have to become a lifelong pattern, though — 50 is the new 30, and women of this age can still be strong and healthy. It’s a great time to give yourself the luxury of good nutrition and an enjoyable exercise routine.

Of course, there are some life regrets that have no reverse action, but the majority of them don’t have to linger throughout an entire lifetime. Women become stronger and more confident as they age, so why not tackle those now and see how much better life is with no regrets?

You Really Are As Old As You Feel

How Akashic Records Can Heal Past Traumas

10 Expert-Approved Tips to Find Your Sources of Strength