The one question I get asked a hell of a lot is “What is your favourite restaurant in London?” It’s almost impossible to answer. There are so many places I love and all for different reasons. If someone asks me to recommend somewhere for them to eat, I always need to know who they are going with, why they are going and when they are going? This helps narrow it down…a little! The time you choose to dine, whether brunch, lunch or dinner, really makes a difference to the experience. Some places work better at certain times of the day. 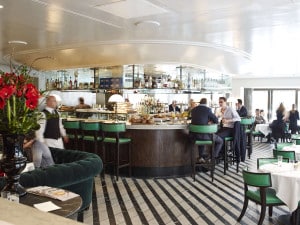 One of my fail safes, that works ANY time of the day and is my personal favourite, is a place in Mayfair called Cecconi’s. “Enzo Cecconi, the youngest-ever general manager of the famous Cipriani in Venice, opened Cecconi’s in London in 1978. For the first time, Londoners were able to order fresh pasta, beef carpaccio, tiramisu, rocket, and Bellini cocktails. Enzo Cecconi believed in spectacular food and spectacular service, bringing theatre into the restaurant by finishing dishes in front of his guests’ eyes. In 1999, after 21 years under the ownership of Enzo Cecconi, Cecconi’s closed. A year later Hani Farsi took over the restaurant and refurbished it completely. In February 2004 it reopened under joint management with Nick Jones of Soho House as a partner. In January 2005 Soho House took full ownership. Since then, Cecconi’s has also opened in Miami, West Hollywood and Istanbul.” 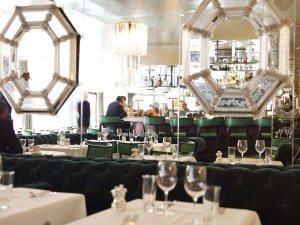 I haven’t been lucky enough to visit the ones over in the US and Istanbul, but the London outpost is buzzy morning, noon and night, and I enjoy going at all times of the day. Whether it be a lazy Sunday brunch with a group of girlfriends sipping on Bloody Marys and curing hangovers with a creamy lasagne, sitting outside watching the world go by whilst basking in the sunshine (it’s a hot spot when this actually happens) or a glamorous night out at the weekend – I love them all. Although, my favourite time to go would have to be Saturday lunch with The Beard. After a morning of shopping up and down Bond Street (sadly only window), we decided it was time for a well-earned pit stop. 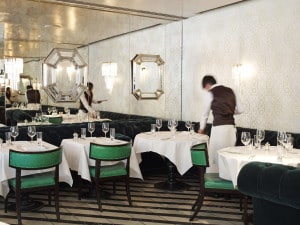 Cecconi’s is luxuriously art deco, with comfy green banquette seating around the sides of the restaurant, a large square shaped bar in the middle which you can eat/drink around and smaller tables for walk-ins at the front. Always full of the well-heeled and elegantly dressed, Cecconi’s has a wonderful ambience. It happened to be a lovely sunny day, so we sat at the bar and quenched our thirst with an aperol spritz (aperol liquor, procesco with a dash of soda and squeeze of orange over ice) whilst we waited for our table. We didn’t have a reservation but were told they would seat us within the hour, and we were in no rush. Just what the doctor ordered!

After about 45mins, we were taken to our ‘banquette’ which had a great view of the 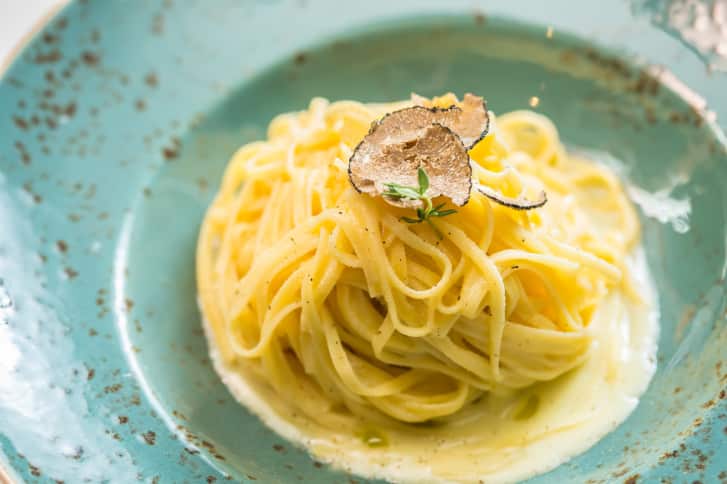 street – perfect for people watching. They serve an all-day menu, and we started with bresola, rocket with parmesan and burrata, heritage tomatoes with basil. Both dishes were simple, fresh and executed perfectly. For mains, The Beard had crab ravioli which was light and zingy, whilst I opted for the special ‘summer truffle pasta’ – it was insane! I do wish, on hindsight, they had suggested I have a starter portion – it was far too much and pretty pricey (£40 for a main portion). We washed this down with a delicious bottle of Montepulciano.

Perhaps I need a trip to the West Hollywood branch to see if it’s as good as the London outpost. Oh how I feel a little holiday coming on!