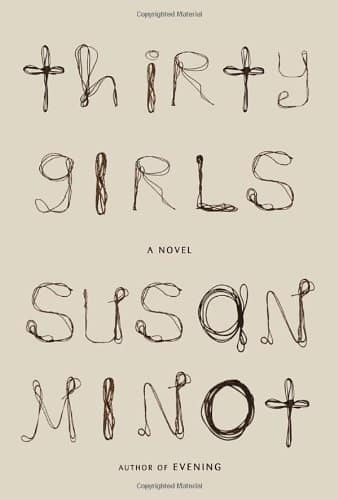 Thirty Girls by Susan Minot tells the story of a 100 school girls kidnapped from a Catholic boarding school in Uganda by Joseph Kony’s Lord’s Resistance Army. It will seem very familiar to you in light of Boko Haram’s similar crimes against girls this past month in Nigeria. Ms. Minot’s harrowing tale is told in two voices. The first is that of Jane, an American journalist who comes to Africa to raise the awareness of the atrocities carried out by Kony and his men. She is particularly incensed by the sexual enslavement of these children and Kony’s forcing some of them to become soldiers in the LRA. The second voice is that of Esther, one of the kidnap victims. Hers is the more powerful of the two perspectives.

The title of the book comes from the fact that Sister Julia, the headmistress of the school follows the kidnappers and asks their leaders for the girls’ return. He tells her that she can have 70 back, but must leave thirty for him. It’s her pick. It kills the nun to have to make this selection, but she chooses what she feels are the strongest thirty girls to stay behind with the LRA. Esther Akello is among them. From Esther, we learn of her dreams for her life and also the nightmare of living under the LRA. 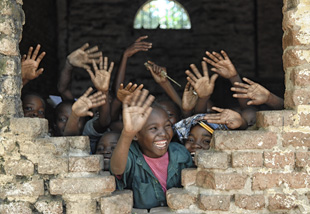 This leads your imagination, of course, to what the girls living under the Boko Haram presently in Nigeria are going through. It raises all kinds of questions about why females all around the world are considered to be “property” that can be traded, bought and sold, abused and discarded even killed in situations where arcane laws involving men’s “honor”apply. Circumstances where a double standard is always enforced. Many of these crimes are being carried out in the name of fundamentalist religions.

Thirty Girls is especially potent when Jane and Esther meet. Jane finally evolves into much more than she ever intended perhaps, and Esther realizes that she has many more choices than might first be evident. This book and today’s headlines provide a rare synchronicity that allow us to think much more fully about the real state of the progress realized by women and girls in many parts of the world. It is very sobering.