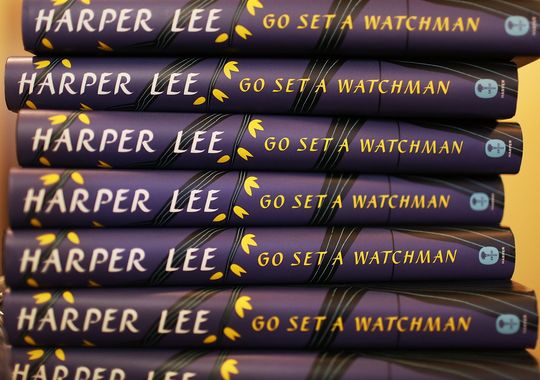 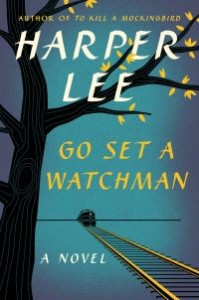 Harper Lee’s new novel, Go Set a Watchman, was launched on July 14, 2015 to record-breaking first day and first week sales in the U.S. Everyone seemed poised to read and post their reviews of this new book by one of the world’s most revered authors.

The ‘Watchman’s’ story has two distinct parts, and each deserves attention. First is the suspicious saga of how the manuscript was found and came to be published. Second is the merit of the work itself and the polarized reactions that the novel has elicited from readers everywhere.

This week we take up the mystery and controversy. Next time, we will review “Watchman” and consider its worthiness as a prequel or a sequel to “To Kill a Mockingbird.” It has been described as both by insiders as well as a “working draft” to the esteemed “Mockingbird.”

All the disputation began this way. The author, Nelle Harper Lee (her full name or NHL as we will refer to her at times) has been called the most acclaimed one book author in history. Harper Collins announced on February 3, 2015, that it had acquired the North American rights to a newly discovered novel by Harper Lee, beloved author of To  Kill a Mockingbird. The world was excited and stupefied.

Why? Because for 55 years the author had steadfastly refused to ever consider writing or publishing another novel. She became as famous for taking this stand as she was writing her single megahit. Her ally in this stronghold was her attorney, business manager and confidante, Alice Finch Lee. Alice was also Harper’s elder sister, and she never waivered in supporting the author’s position in this matter.

When Alice retired at age 102 in 2012, another attorney in her office by the name of Tonja B. Carter took over most of  Lee’s business and legal affairs. At the same time, Carter became the eye of a publishing hurricane.

All along Alice and Nelle, as the writer is known to family and friends, had felt that another book would only suffer in comparison to “Mockingbird,” and could, therefore, undermine  her considerable literary legacy. The sisters fought relentlessly to protect Nelle’s rare position in literature. They knew that there was only a downside to writing another novel and putting it in the public’s hands.

This fight was evident in decades of refusals to all inquiries from publishers. In addition to these rejections, a 24-hour guard was placed outside Nelle’s room at her residence in a Monroeville assisted living facility to keep visitors out. The message was clear, “go away!”

In 2014 Alice wrote a former neighbor a letter in which she described Harper Lee in this manner: “…she can’t see and can’t hear and will sign anything put before her by anyone in whom she has confidence.” Alice went on to say that Nelle would forget from one person to the next what she had said. Alice’s comments were made public.

With the Harper Collins press release in February 2015, family, friends and even a former physician came forward charging that Monroeville’s favorite daughter did not have the mental capacity to approve either the manuscript or the legal documents required to publish a second novel. The fact that Harper Lee had suffered a stroke in 2007 was emphasized along with Alice’s 2014 assessment of NHL’s mental state.

The State of Alabama took notice and investigated the possibility that Tonja Carter had coerced her client into signing and agreeing to the publication of “Watchman.” Ms. Carter’s varying accounts of how and when the manuscript was found did not help her case. However, after interviewing Lee and several others, the state declined to press charges against Carter.

Why such a big to do around the introduction of a book finished 58 years ago considered unpublishable at the time? Well, money for starters. Consider that 40 million copies of “To Kill a Mockingbird” have been sold world wide to date. That’s a lot of royalties. If a new book brought in even a fraction of those revenues, any publisher not to mention an author’s representative could be very tempted to strike a deal. Ms. Carter is both NHL’s attorney and a trustee of her estate.

Joe Nocera in his NY Times column of July 25, 2015, said, “Go Set a Watchman” constitutes one of the epic money grabs in the modern history of American publishing.” He finds Ms. Carter’s explanation of her discovery of the book to be ludicrous. These are Ms. Carter’s contentions:

On November 17, 2014, Alice Finch Lee died. This event cleared the way for Carter to handle all of Harper Lee’s business and legal affairs. Three months later, the deal with HarperCollins was announced, but Ms. Carter refused to reveal any of the financial details.

Statements were given to the NY Times and U.K.’s The Guardian this past July by Sam Pinkus and Justin Caldwell, the rare books expert from Sotheby’ who attended the October 2011 meeting with Carter. Both say that Caldwell was presented with two documents in a Lord & Taylor box.

One was a “Mockingbird” publisher’s proof, and the other was a typescript of a story that like “Mockingbird” was set in fictional Maycomb and had some of the same characters. Caldwell also noted that the action was set many years later. After reading several pages of the document and comparing it to “Mockingbird,” he concluded and told the others that it was an earlier version of the novel.

Mr. Pinkus went further in his statement to both periodicals when he said that Carter was present during the October 14, 2011 session when a detailed textual comparison of the two documents was made. Pinkus says it was determined that they had found a separate novel. Although Pinkus’s interpretation of the results is at odds with Caldwell’s report about the manuscript, both men do agree that a careful analysis of the two documents was made, and that Ms. Carter was there and participated in it. Harper Collins believes Carter’s version of events.

Ms. Carter is not entertaining questions nor granting interviews now that the book has been published, and as Harper Lee’s spokesperson and gatekeeper, she isn’t allowing access to her famous client. Harper Collins now refers all questions regarding either “Go Set a Watchman” or Ms. Lee to her attorney, Ms. Carter.

It appears that no more answers will be forthcoming from that sector. It is a curious and twisted tale, one that isn’t over yet, and will not be for years to come. The question remains, did Carter delay introducing the manuscript until she could be in complete control of it?

What is your opinion?