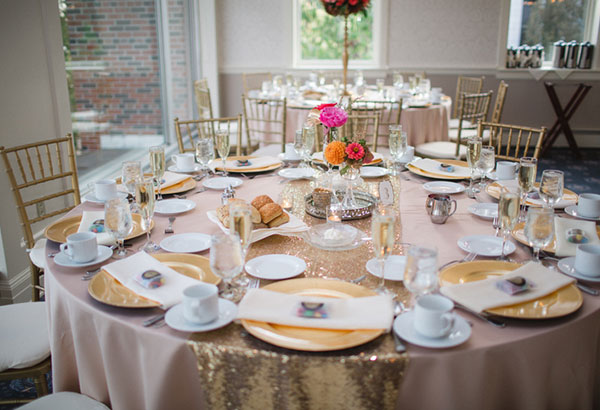 Cards on the table, my nickname for some time has been “Say-it-like-it-is Marj.” For a public relations professional, I’ve managed to prosper despite having a spectacularly tactless streak, saved only by the fact most people recognize that I’m more of a blunt instrument than meaning to be unkind.

I also find that now, in my 50s, when I’m naughtily outspoken young people find it “cute.” Recently, I was dared to say a particularly rude word in the office, purely for the entertainment of those under 25 who didn’t think I’d even know it, never mind be able to say it.

Ah, the innocence of youth. I worked for a tabloid newspaper for years and, in a male dominated newsroom, shrinking violets would have been squished underfoot.

If I had to, I could demonstrate an impressive repertoire of truly terrible words, but my late mother wouldn’t like it and I take it as a huge compliment that my coworkers remain blissfully unaware of my potty-mouthed past.

(Were you to ask my ex husband, you might get a different picture, but there I can plead provocation, a few strumpets and a borderline personality disorder – his, not mine)

In my professional life, I work with a wide range of people facing a vast selection of challenges and help them find the right words to say. This is something I take very seriously and being a tricky ex-journalist helps. It goes with the territory to try to bend a question to elicit a desired response, or to wrong foot an interviewee in order to get closer to a truthful reaction.

So, if you want to be a more effective communicator, stop talking and pay attention.

Emotional intelligence for me starts with observation and being sensitive to the listener. Too many people start with what they want people to know. I start by imagining myself in the listener’s shoes.

If I know their motivation, and likely emotional state, then I know what topics and tone are likely to resonate. Can I be cheeky and outspoken and people find it “cute,” or would I find myself swiftly put down if I used the same technique among people who might consider I was insulting their intelligence, or denying my own?

Knowing your audience is the first skill of an effective communicator and it’s the one which frequently gets the least attention.

2. PLAY TO THEIR INTERESTS – Showing interest is a welcome compliment

The dullest subject will be fascinating to someone. We have all been seated next to someone at a dinner or a wedding and fantasized about lifting their eyelids apart like curtains to see if anyone was home, but find a topic which interests someone and the conversation will improve.

My personal favorite was the hugely wealthy actuary with whom I had already spent a dreary hour before I happily stumbled across the realization that he was a hobby gardener.

After discussing every possible species of bulb later, I had perked up my evening AND learned things about snowdrops you cannot even imagine. The point is to build bridges between the impression you want to create and the listener’s area of interest. If you’re lucky, once you’ve got his attention, he will happily switch topics – but don’t rely on it happening unaided.

3. BREATHE LIFE INTO YOUR CONVERSATION

Being an effective communicator means bringing any subject to life by using colorful and engaging examples, analogies, case studies, even statistics and anecdotes to engage the listener’s imagination.

If you want to talk corporate entertaining with the gardening actuary, then maybe switch to edible bulbs, graduate to edible flowers, and before you know it, you’ve switched topics. From that moment, you could be discussing great food you’ve had at different locations or great holiday parties or successful corporate deals done over dinner. However, if you see his eyes start to glaze, hotfoot it back to the mechanics of an award-winning compost heap.

Paying close attention to your listener is a compliment that most people understand and appreciate, so remember to frequently stop for breath – and to listen.

If you are feigning interest, rather than building it, most listeners will know.

There’s a fine line between patronizing your listener and genuinely trying to engage with them. Don’t forget that each conversation is not only a privileged exchange with another person, but could be the start of a grand adventure. You might learn something which changes the entire course of your life, challenges your values or forms the basis of a significant friendship.

Or, you might just pass a more enjoyable five minutes than you would have otherwise, and make a positive impression that you never know when might come in handy.

If the conversation strays onto politics, say, and you’ve spent the last decade wishing women had never been given the vote because the whole thing is too deathly boring for words, it’s probably best not to pretend you’re a pundit.

Equally, if someone starts talking quantum physics with you and you happen to have a Doctorate in the subject, it’s kind to fess up early to save their blushes.

In short, it’s hugely liberating to be yourself. Having tons of knowledge, or no knowledge at all, shouldn’t kill a conversation. In fact, both offer an opportunity to build a bridge with another person based on educating each other.

Who doesn’t like having another hanging on their every word?

6. PUT SOME ENERGY INTO IT

On days when I’m out and about as a brand ambassador for a client, or just trying to make an impression in my own right, I will come home as tired as if I’d spent seven hours at the gym.

Given that communication is an exchange, it’s essential that you are willing to put effort into it. That means maintaining appropriately animated body language including sitting up, making good eye contact, not noticeably looking over someone’s shoulder for rescue, and adopting body language which screams: “I’m not bored.”

The funny thing about all this authenticity is that, faking a degree of interest at the start is the best way to up your chances of genuinely finding interest in your companions conversation. It’s more likely, as an effective communicator, that you’ll find yourself welcomed onto the guest list for future occasions too.

So don’t wait for someone else to start the conversation, they’re probably equally miserable at the thought of being boring. Prove them wrong by being an effective communicator and building a conversation that improves the experience of meeting up for both of you.

If all this effort still doesn’t work, it’s probably their fault so just move on to another.

And if you contact me I can suggest a few names you can call them under your breath. You know – the words which must never be spoken.