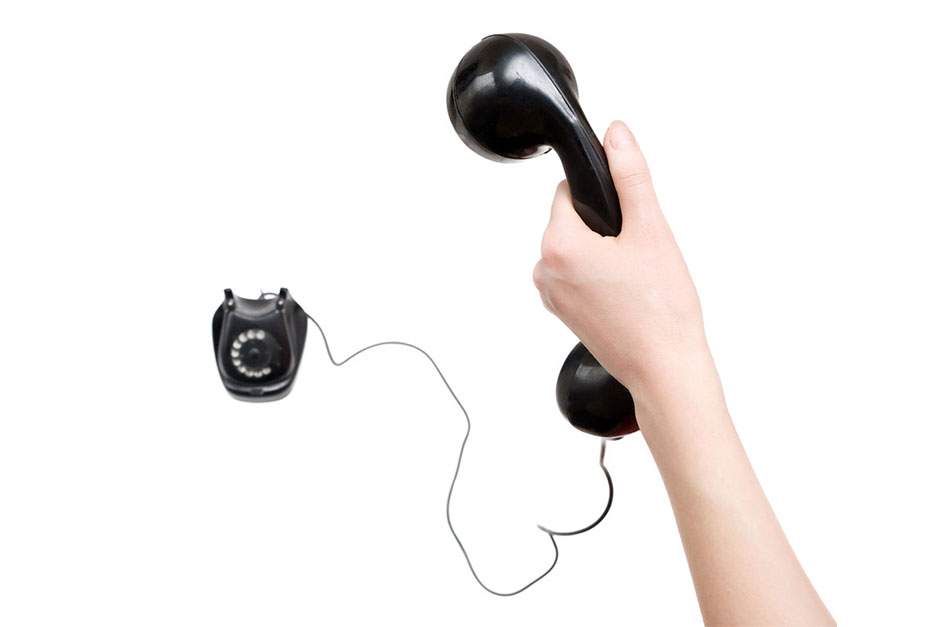 A friend recently told me about her feelings of guilt after arranging for her elderly mother to move from assisted living to an Alzheimer’s unit nearby. I listened to her carefully before offering a story I hoped would ease her pain.

It began with a disturbing dream that had left me nearly undone.

I was in an emergency room trying to call someone, and I couldn’t get the number right. Every time I tried, I’d jumble it up. Instead of the last digits being 3247, what I was trying to dial, I’d get some other combination. Everyone could see that I couldn’t do it, and I was afraid something was wrong with me.

When I woke up, the numbers, 3247, were so vivid, I knew they must have some meaning. I went to my desk downstairs where I had kept my old address book. I started leafing through the pages, and then I came to M. There it was 971-3247. Mom.

By then, my mother had been gone for four years, after she had broken her hip while living in an Alzheimer’s unit in Tampa, Florida. She wasn’t using the phone much by then, so if you had asked me her number, I’d have told you I didn’t know it. Once she had moved into her apartment there, we hardly ever communicated by phone. Instead, in-person visits were the norm. So when I realized it was her number, I began pulling tissues from a box on my desk, crying hysterically.

Six tissues later, I calmed down. An hour or so after that, I called my husband, Steve, at work. After reliving the experience with him and after a few more tears, I said, “If I’m ever not in my right mind, just put me some place nice, and then, please, get on with your life. And tell that to the kids, too.”

Get on with your life. It will be my last directive to everyone I love.

I was the primary caregiver for my mother during those last years. I saw her through the inevitable changes: giving up the car, her apartment, turning over her finances, and finally her care, to me. With each transition, our relationship changed. 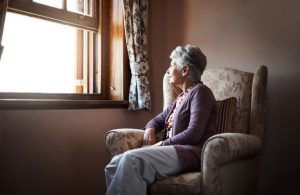 At first when my mother had her own apartment, she and I would go shopping, eat out on Wednesday nights, and spend time together each weekend. We were chums in those days. Later, when she moved into assisted living, I did what little shopping she needed. We’d eat together occasionally at the cafeteria in her building, and she would come to us for dinner on Sundays. We were no longer spending as much time together. Finally, after she moved into the Alzheimer’s unit, there were no more visits to our house, because she became too agitated when she was away.

I was losing her. It was as if she were literally disappearing, from her diminished personality to her increasingly diminutive size.

Then Steve was offered a job in New York; we would be leaving Tampa. My sister would be in charge, from Orlando, a two-hour drive away.

I told myself it didn’t matter. Mom hardly knew me anymore. She wouldn’t notice that I’d be gone. Steve and I left in July for the summer. In the fall, he stayed on to begin his new teaching job, and I went home to pack up the house.

I saw my mother often during those last weeks before moving away. By October, I was in New York with Steve. My mother died the following June, just a few weeks shy of her 88th birthday.

After we buried her, I must have buried my sadness and guilt over leaving her because it didn’t show up again until the dream. And I know why it appeared then. We were losing my sister-in-law to Alzheimer’s. She was only 67. The night before the dream, I was particularly disturbed, thinking about what her future held.

The morning after the dream, I couldn’t get on with my day. At ten o’clock I was still in my pajamas, which was unheard of. I’m usually in the middle of yoga by then, and it was thoughts of yoga, the calm it always provides, that finally brought me around. Soon I was getting dressed, but it took considerable effort to leave the house for groceries.

At Whole Foods, I was grateful that it wasn’t too crowded. Peering around corners, hoping not to see anyone, I quickly picked what I needed and made a dash for the checkout.

“Can you smile? No one in this store smiles; I need a smile.”

I looked up. Standing behind me in line was an elderly man, with an impish grin and a shock of grey hair threatening to cover the twinkle in his eye.

“You’re very sweet—and nice smile, too,” he said, moving ahead of me with his wrapped items from the deli.

Suddenly, a weight was lifted. Then an older woman came up to me as she was leaving. Putting a hand over her mouth, she chuckled and whispered in my ear. “I had eleven items in the ten-item line.”

“Oh dear. I’m glad you didn’t get caught.”  We laughed, and I was restored. From then on, it was like a dance. Letting people in front of me as I headed for the door, “No, you first,” came the response. “After you. Be my guest.”  So it went, all the way to the car, and as I was leaving, I got a big wave from the parking lot attendant, Albert. With that first smile, I was in a rhythmic flow. I was a part of, not apart from, everyone around me. I felt joy—and the 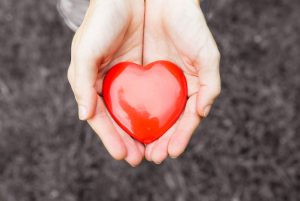 overwhelming sadness has not returned. I know there must be an ancient word from sacred texts for what I experienced. Had I been granted a bit of grace?

“I know I will continue to miss my mother,” I told my friend who had listened to my story. “But I am sure Mom left me a message in that dream as surely as if she had called me on the phone: ‘It’s okay. You had to get on with your life.’”

“You’re probably right,” my friend said. “I know in my heart that’s what my mother would say, now that she can’t tell me for herself. Sometimes we have to remember that love encircles us, even when words fail.”