Wake Up and Say, Hallelujah! Coffee is Good for You

Wake Up and Say, Hallelujah! Coffee is Good for You 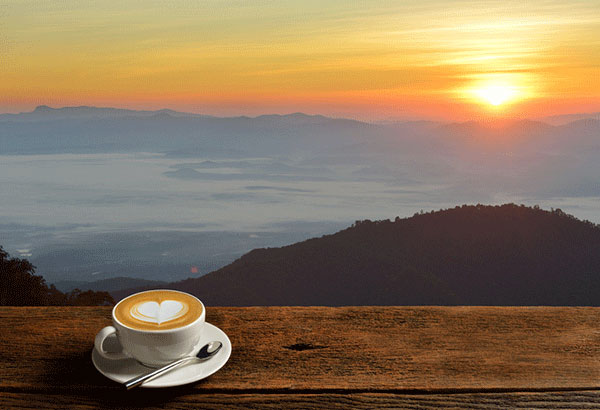 If you’ve noted that pretty much everything you love eating or drinking is bad for you, this may come as hallelujah-inducing-news.

Coffee is our friend.

We always knew it was good for waking us up in the morning, or keeping us awake during those interminable meetings, or even good for warming our hands on those blustery winter days. But actually good for us?

Yes. Those lovely folks at the Annals of Internal Medicine published two studies recently that show the more coffee a person drank, the lower his or her risk of early death.

The Health Benefits of Coffee

Coffee reduces the risk of death from heart disease, diabetes and even cancer. The same holds true for decaf – so if you’re the jittery type, you can still experience the health benefits of coffee without bouncing off the walls.

The study from the Keck School of Medicine of USC compared coffee drinking with the 10 leading causes of death in the U.S. and found the more coffee one drank, the less likely the individual was to die from heart disease, cancer, chronic lower respiratory disease, stroke, diabetes or kidney disease.

A second study using data from the European Prospective Investigation into Cancer and Nutrition looked for a link between coffee and early death among 521,330 people from 10 countries. Thanks for your participation Denmark, France, Germany, Greece, Italy, the Netherlands, Norway, Spain, Sweden and United Kingdom. Study participants were also tracked for a little over 16 years. The results showed that the top 25% of coffee drinkers in each nation were less likely to die during the study period than their neighbors who drank no coffee at all. The risk of early death was 12% lower in men and 7% lower in women. The study also sites, in women, lower incidence of circulatory disease mortality and cerebrovascular disease mortality. And that’s not all the health benefits of coffee.

So, what is it about coffee that’s fighting these diseases? Put on your science hat and let’s talk.

Polyphenols and other antioxidants. Blood pressure and cholesterol are influenced by genes related to caffeine metabolism. Other studies have shown coffee drinking to improve liver function, insulin sensitivity and inflammation. Another antioxidant compound, methylpyridinium, has proven to be effective in fighting colon cancer. Last year, the World Health Organization announced that drinking coffee reduces the risk for liver and uterine cancer.

While science is not yet recommending coffee as a preventative against chronic disease and early death, at least you can enjoy however many cups of coffee you want in a day without fear of doing any damage. Other than to your night’s sleep, that is.

Know what else has been found to be good for your brain? Wine. Check it out.