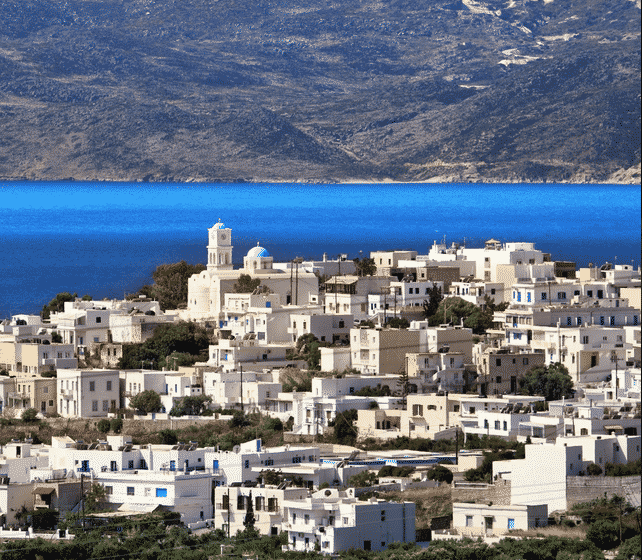 Historic WWII munitions caves alongside the seaport of Adamas on Milos Island are now harboring a cache of wine as a grand experiment in wine aging. I participated in the “reveal” of Milos-grown Assyrtiko wine that had aged for the last year in seawater. The official unveiling ceremony was timed to include our IFWTWA (International Food, Wine and Travel Writers Association) Gastronomy and Wine Tour of Greece members. These historic tunnels enclosed a submerged seawater cistern holding 300 wine bottles. The World War II tunnels were originally designed and built under duress by Milos’s sulfur mine engineers who were captured and forced into labor by German Nazi officers. The soft volcanic rock facilitated the rapid construction of these fortifications. 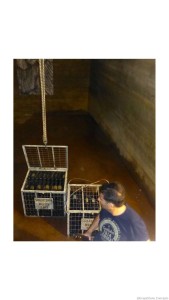 The Refuge tunnel of WWII served as munitions hiding place and as a launching pad for the Nazi African and Balkan military campaigns. The immediate goal was the seizure of Crete. A British cruiser discovered the existence of the hidden Nazi hideout and munitions store and started bombing attacks. Ultimately the Milos citizens took refuge, along with the German soldiers and used the tunnels as bomb shelters. Milos was the last place to be liberated in Greece, May 1945. Following the war, these tunnels became a water tank and storage facility for the community.

Refuge Project II, the 2013 tunnel renovation, was sponsored by Mayor Gerasimos Damoulakis’ administration. The Milos Municipality initiated the restoration of the 70-year-old tunnels and opened them for the public in July 2014. Contemporary art graces the walls leading to the seawater cistern. Mayor Damoulakis is focused on highlighting his island’s natural products and wonders. His interest is expansive, as he is also the head of the Greece’s Mayors Association of Gastronomy Tourism. 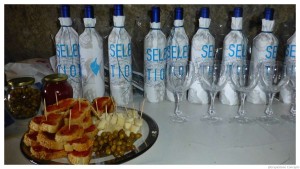 The white wine branded “Spila Selection” is the joint venture of retail entrepreneur and wind grower, Panagiotis Vichos, and the Kostantakis Cave Winery. 100% native Assyrtiko grapes grown in volcanic soil were fermented to produce this singular white wine. Milos’ terroir is similar to the growing conditions and climate on the isle of Santorini, a nearby Cyclades island proven for producing world class Assyrtiko wine. Assyrtiko wines exhibit citrus aromas, minerality, and a lively acidity, which can signify a long aging potential. The Milos wines were fermented by Kostantakis, aged for a year in new French oak barrels, sealed with synthetic closures, front labeled, then plunged into the seawater cistern in the caves for a year. The Greece/EU official back label was added to the bottle upon retrieval from the seawater. A theory exists that seawater will keep wine at a very constant temperature, barometric pressure, and humidity enhancing the quality and complexity of the wine. 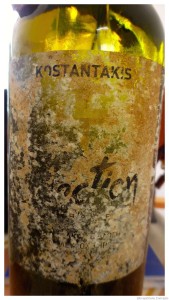 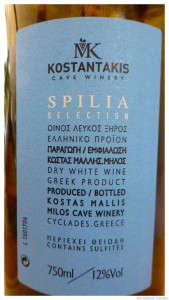 On September 17th the wines were removed in a ceremony lead by the Mayor, local business dignitaries, and timed for the arrival of the IFWTWA Greece Gastronomy and Wine Press tour members including Advanced Sommelier, Tricia Conover, and Past IFWTWA President, Michelle Winner. Local sommelier and restaurant owner, Antonios Mavrogiannis, of Armenaki Restaurant, conducted pre and post tastings of the wine. He declared it to be “much more smoky and complex, and with better acid/fruit integration Apple and pear jam aroma flavors stand our vs. prior to the immersion and aging,” Antonios noted. Spila Selection’s production is limited, but owners intend this technique to become their recognized bottle aging method leading to future commercial production.

Similar wine aging experiments have been conducted favorably by Mira Wines of Napa Valley in the Charleston Harbor and by Greek producer, Gaia Wines, in the Aegean Sea surrounding Santorini. The most famous seawater immersed wine was 170-year old Champagne recovered from shipwreck in the Baltic Sea. Famous Champagne labels retrieved included Heidsieck and Verve Clicquot-Ponsardin. These Champagnes fetched prices up to $156,000 for a single bottle.

Though just an experiment currently, Milos officials hope this wine aging trial highlights the sharp focus on utilizing local foods, wine, and culture to bring more gastronomic and wine tourism to Milos. “Let this intersection of history and wine be a light to Greece and particularly Milos Gastronomy and Wine Tourism”, Mayor Damoulakis declared. 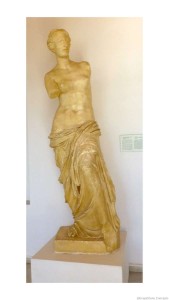 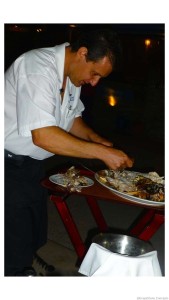 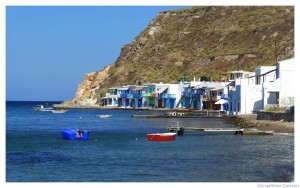 The Sand Museum and Art Gallery, Plaka, Milos [email protected] (+30) 6938 266860    Magnetic black sand is interwoven in art with other colored sands. Sands of the world displayed.

Milos Mining Museum Adamas, Milos (+30) 2287 022481    Explores the rich early history of Milos mining beginning with Obsidian and sulfur up to the present Bentonite/Perlite mining. Interestingly, one of Bentonite’s uses is for wine fining. 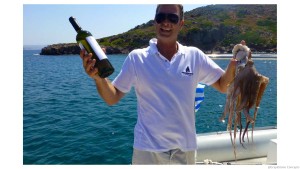