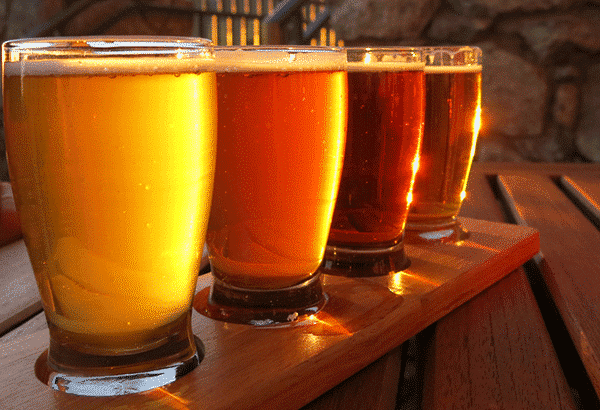 Are You Crafty? A Short Tutorial on Craft Beers

When I go out on the town with my girlfriends, wine is usually our drink of choice: sweeter whites for most of my friends and dry, hearty reds for me and my more daring companions. When I go out with my husband, we have beer, but not the beer I drank in college or even in the early 90s. We go to small, independent craft breweries that offer beers brewed using traditional methods. These beers are hoppy or malty, sometimes smooth or with a bitter finish, and often have complex flavors ranging from deep chocolate to spicy grapefruit. I have come to understand and truly appreciate the craft beer. Savoring the first sip of an originally crafted beer is the first step in recognizing that craft brewing offers something more than the popular lager beers to which most of us are accustomed.

The craft brewing industry has been steadily on the rise since the mid-1990s; as 2016 came to a close, over 5,000 breweries – including microbreweries, brewpubs, contract brewing companies, and regional craft breweries – continued to thrive. According to the Brewers Association, an American craft brewery is a small, independent, and traditional brewery that brews beer “whose flavor derives from traditional or innovative brewing ingredients and their fermentation.” Interestingly, craft beer itself is not defined because of the subjective, yet unique independent experience and interpretation of each beer drinker. Drinking a craft beer is all about the experience.

Part of the fun of trying craft beers is going to the microbreweries and the brewpubs where they are produced. As you step in the door, you are hit with a tangy, yeasty smell that permeates the building, and you look around to see crowded wooden tables filled with people enjoying every shade of beer you can imagine in an atmosphere of lightheartedness and camaraderie. At least, that’s what I look for. It’s estimated that most adults of legal drinking age live only about 10 miles away from a craft brewery. To get started on this adventure, visit www.craftbeer.com and find a local brew pub; you’ll be supporting your local economy and the continuance of the craft brewery industry that, incidentally, in 2014, donated approximately $71 million to local communities.

What Are the Different Types of Beer?

You might be thinking that this sounds like an adventure and maybe you’ll try it, but you don’t know a thing about the different kinds of beer. For this brief tutorial, I’ve turned to two guides, 300 Beers to Try Before You Die (2010) by Roger Protz and Michael Jackson’s The New World Guide to Beer (1988). Protz explains that there are four main ingredients to beer: malt, water, hops, and yeast. Malt is grain (usually barley) that is partially germinated and roasted in order to transform into enzymes and soluble starch. Water (or liquor, as it is known in brewing) is added to the malt; the enzymes convert the starch into sugar that dissolves and becomes wort. Hops are added to the wort, which is then boiled, cooled, and mixed with yeast. The type of yeast and the temperature at which fermentation takes place determine the type of beer produced. 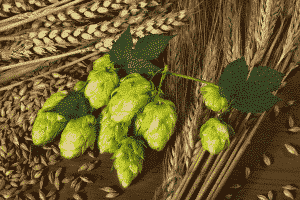 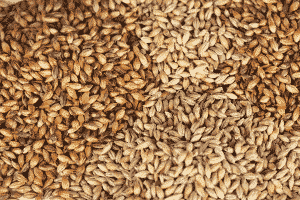 In his book, Jackson lays out the beer family tree indicating that there are two main branches, top-fermenting and bottom-fermenting. Top-fermenting (warm) means that the malt ferments naturally without adjusting the temperature to control the speed at which the yeast, the fermenting agent, does its magic. This method, where the yeast rises to the top and produces a fruitiness, was used prior to the 1800s. The top-fermenting beers are the wheat beers, sweet stouts, porters and ales, including American ale, cream ale, pale ale, India pale ale, Belgian ale, bitters and more. Bottom-fermenting (cold) produces lagers, pilsners and bocks; with colder and longer fermentation, the yeasts sink to the bottom so they do not mix and breed with naturally occurring yeasts in the atmosphere. “In general, top-fermenting beers have a more expressive, complex palate, while lagers are cleaner, softer, and rounder.” (Jackson, 10)

With the advent of refrigeration, cold fermentation allowed more companies to produce longer lasting lagers for less cost and became more conventional, especially in America. In 2015, thedailymeal.com reported on findings from VinePair that the 10 best-selling beers in America (Heineken, Busch, Michelob Ultra, Busch Light, Natural Light, Corona Extra, Miller Lite, Budweiser, Coors Light, and Bud Light) are all lagers. I, like most consumers worldwide, am familiar with the taste of these popular lagers. However, the more traditional brewing methods of the craft beers offer me the chance to really enjoy beer as much as I enjoy wine. My favorite types of craft beers produced using warm fermentation are citrus-infused India pale ales, chocolate stouts, and lambics. What are yours?

Next, read about how the Texas Hill Country is becoming a wine destination – second only to Napa.

Losing Weight after 50 with The Virgin Diet

What You Need to Know About the College Tour

How Does a Woman in her Prime Define Success?

Risotto With Asparagus and Goat Cheese