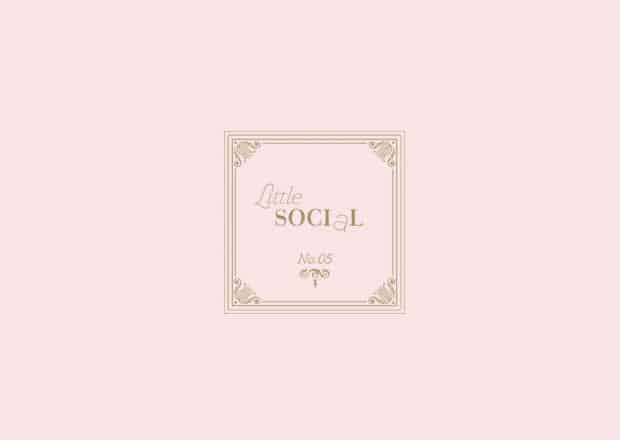 Jason Atherton is hot property right now; not only does he have five restaurants in London – Pollen Street Social, Social Eating House, Berners Tavern, Little Social, and City Social, but he has also recently taken over Nuno Mendez’s (who trained at El Bulli) former site, Viajante. He also has several restaurants in Asia and plans to open up in New York and Dubai. But with such a wide span of sites, can he make sure each one is run seamlessly? Some might say that this is where Gordon Ramsay’s empire failed. Some may argue that it hasn’t. But, in my opinion, he has certainly seen his reputation take a hit. 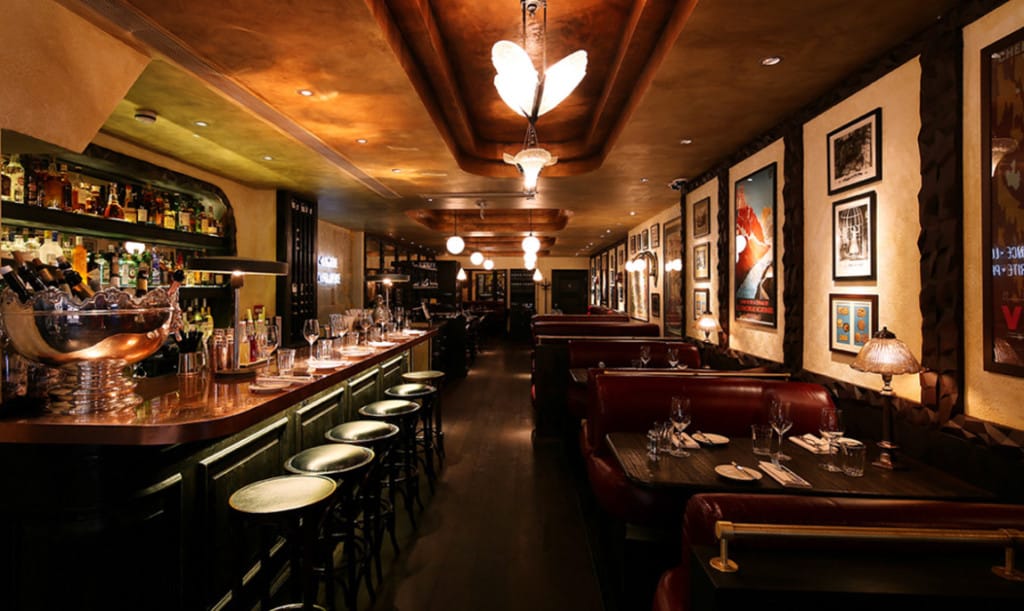 Some lovely friends of mine bought me a voucher for Little Social in Mayfair for my birthday. So, I booked a table for me and The Beard on a Saturday lunch. The minute I walked through the doors I got goose bumps. I liked the look of the place immediately. I felt like I had been transported into an elegant French brasserie on a smart back street of Paris. With dark wood paneling, red leather booths, and an inviting copper top bar – yep, I was ready to spend a good few hours in here. An obligatory Bloody Mary at the bar kicked things off nicely before we were seated at the back of the restaurant. I was secretly hoping for one of the booths, but these seem to be occupied by groups of 3 or 4. Still, we had a nice table – not too tightly packed in, yet close enough to nose at what others were eating.

As I was in the mood for celebrating, we had a cheeky glass of pink fizz whilst perusing the wine list. It was pretty punchy (the cheapest starting at $56 and moving quickly into the $100’s) so I asked Fred the Sommelier for some of his expertise to guide us through the wine list. We wanted something Burgundy-ish without a huge price tag and, with a little help, we settled on a soft red from the Loire area at $80. Fred was so helpful I wanted to hug him! 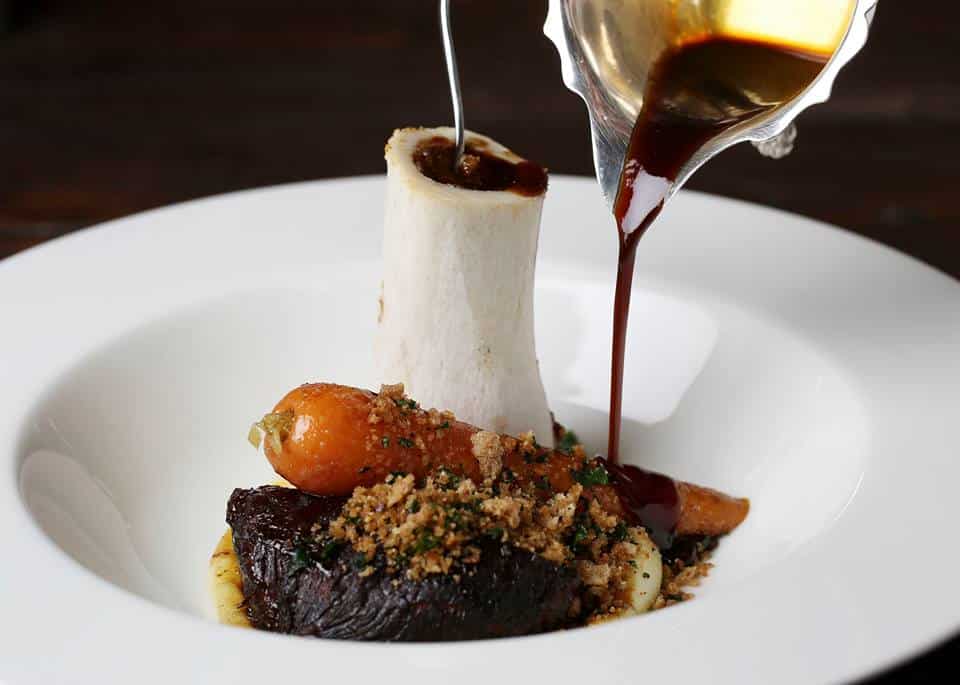 The menu is a pretty sexy one. I started with raw scallops, dashi jelly, apple shiso and wasabi, and avocado purée – seriously it was heaven on a plate; they melted in my mouth. The Beard had parsnip velouté, slow cooked egg (apparently cooked at 62 degrees for 90 minutes), parmesan, wild mushrooms, and croutons, which were insane. Due to my excitement over the menu, the manager threw in an extra course (which is a lovely idea but does nothing for one’s already expanding waistline).

The roasted quail with fois gras and peach chutney was sensational; as was the warm smoked eel, beetroot and horseradish cream (ordinarily a dish I would whinge about but I decided to dive in – and it was good, very good). At this point, I was slightly regretting having another course to come – but also secretly knowing I had no other choice but to indulge.

The Beard had ox cheek, roasted bone marrow on a horseradish mash which he said was the best he had ever had, I (greedily) had a burger with…(and this stuff should be made illegal)…a Canadian dish called poutine, which was basically chips, cheese curd, jalapeño, chorizo, and gravy! I mean…..seriously outrageous! This is a combination that will make you go weak at the knees…but also have to spend 6 hours a day for the next week on a treadmill. Not something to order if you are currently following the paleo diet (today was definitely an off-day).

I loved every minute from start to finish. Jason has certainly got his eye on this ball. Let’s just hope it stays there.