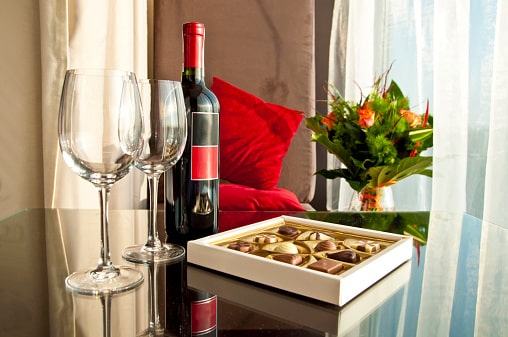 Chocolate is the dizzying, velvet, even spicy indulgence that we crave. Along with the perfect wine pairings, the stage is set for a romantic Valentine’s Day encounter. Chocolates have long been known for their health-inducing and psychoactive properties as noted in last year’s PRiME article, “Valentine’s Day Aphrodisiac Food and Wine Pairings.” The consumption of chocolate triggers the release of endorphins, which contributes to that inner glow, relaxation and happiness induced in susceptible chocoholics.

We are featuring some of the best chocolatiers in the world for Valentine’s Day. I’ve asked four brilliant Chocolatiers to suggest a complementary wine to match their specialty confection, as each makes a wide range. If your favorite chocolate is not mentioned, consult the Chocolate and Wine Pairings Primer at the conclusion. Sommeliers often suggest selecting a wine sweeter than your chocolate, yet some chocolates have dry, bitter and spicy notes begging for a different type of wine flavor and sweetness profile. In general, pair light wines with lighter chocolates and dark chocolate with full-bodied wines. Match delicate with delicate and bold with bold. Experiment often!

Jacque Torres, of Jacque Torres Chocolates, is one of New York City’s finest chocolatiers. His eponymous store was rated Best in the World by Fodor’s Travel. Jacques came to the US from France, and he still sources ingredients from the South of France. Jacque’s popular “Wicked Bar” is enrobed in 60% chocolate ganache, and the chocolate filling offers an ancho and chipotle chili essence. Additionally, he makes a special Wicked Hot Chocolate. You can purchase it here. 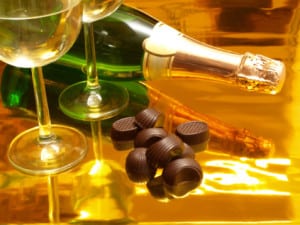 Paul Young of Paul A. Young Chocolates is a groundbreaking British chocolatier in London with Soho, Islington and Bank locations. His passion and cutting edge creativity has won him numerous awards including Best SeaSalted Caramel in the World at the International Chocolate Awards. He has appeared on Good Morning Britain where he was recently interviewed about the problem of world’s chocolate demand outstripping its supply. 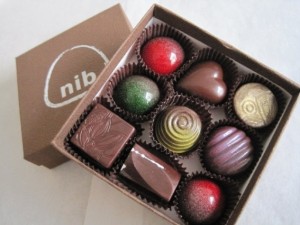 Were you aware that there is a terroir* element to Chocolate? Premier Dallas Chocolatier Stephen Smith, proprietor of Nibs Chocolates, has pointed out how important it is to source chocolate from the best quality locations like Madagascar, Loire Valley, Venezuela, Dominican Republic and Hawaii. D Magazine voted Nibs Chocolates “The Best Chocolate in Dallas.” Steve is a graduate of the famous Le Cordon Bleu culinary school in Paris, France. Stephen also worked at some of the world’s best restaurants, including Michelin-starred Taillevent in Paris and Mugaritz, a molecular gastronomy restaurant in San Sebastian, Spain. After Europe, he went to Kansas City to work with chocolatier, Christopher Elbow, where Stephen discovered his passion and love for chocolate.

One of Steve’s specialty chocolates is a Tahitian vanilla bean and star anise dark chocolate sourced from Venezuela. It’s earthy and licorice flavors pair wonderfully with the violets, cherry, tobacco and licorice notes of the Michael Chiarlo Barolo, Tortoniano (Wine Spectator 93 points, $69.99). The wine is a plush, modern Barolo that should enhance a luscious, intimate evening. 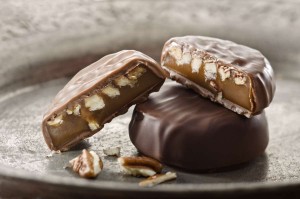 Christopher Elbow of Christopher Elbow Artesian Chocolates is headquartered in Kansas City plus another shop in San Francisco. He specializes in small batch chocolate-making. Chris’ Spiced Pecan Turtle confectionary inspired a Häagen-Dazs ice cream flavor and was chosen to be a creation in their Artisan collection. Only seven chef/chocolatiers were selected and featured on this YouTube profile.

These chocolate artisans suggest you try several wine pairings to see what is the most pleasing to you.
Valentine’s Day is all seeking love and pleasure.

Milk Chocolate: Italian Vin Santo, Merlot, Gewürztraminer, a demi-sec sweeter sparkling wine, and even a dark, rich Pinot Noir or Brachetto d’Acqui. The lighter weight and mouthfeel of these wines pairs well with the creaminess of the milk chocolate

Dark Chocolate with Spices (such as Smoky Chile, Anise, Cinnamon)

Red California Zinfandel, a rich Barolo, Cabernet Sauvignon, Port, Madeira. The wines hold up admirably to the smoke and spiciness of these ingredients.

Chocolate with Mint: Cabernet Franc, Shiraz, Moscato d’Asti, Sauternes, and especially a Syrah Port with its notes of eucalyptus work well with the mint.