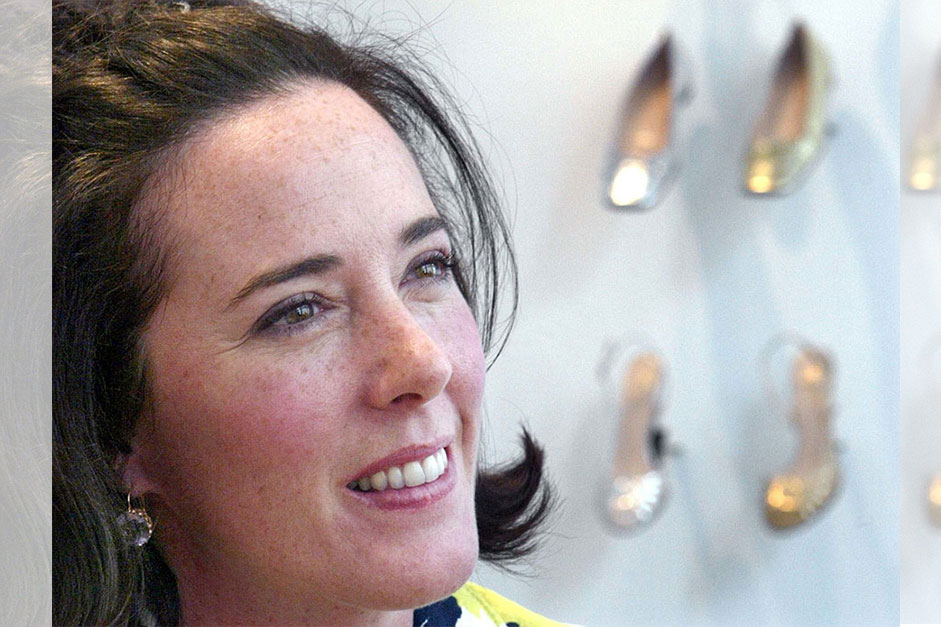 Remember when having a Kate Spade handbag conveyed a certain amount of cool on its owner? I recall owning one of those black, sleek, square-shaped nylon bags with a colorful gingham lining in the mid-‘90s. It wasn’t inexpensive but compared to the likes of an “it” Fendi or Chanel, it was attainable.

The Kansas-City born Spade founded her company in 1993 with her fiancé, Andy, whom she met when they were students at Arizona State University and later married. After graduation, she landed a job as accessories editor at Mademoiselle magazine. From that perch, deciding the handbags of the time were overly embellished and frou-frou, it became her mission to design something that was functional as well as stylish. Showing her outside-the-box smarts, she cleverly distinguished her brand by instead of sewing the label on the inside, switching it to the outside.  The bags were undeniably preppy but classic; celebs took notice and the label took off.

But it wasn’t only the new look of her handbags, it was Kate Spade herself. A fellow fashion writer at the Washington Post once remarked to me how much she wanted to be like Kate Spade. Spade had her own look with her retro bouffant hairdo, geeky glasses, quirky, kind of hip, grandma way of dressing and an infectious smile. Not to mention a genius for recognizing business opportunities. Spade won a CFDA (Council of Fashion Designers) International Award in 1996 and 1998.

She went from handbags to a variety of other accessories like those coveted calendar pages everyone wanted for their Filofax, of-the-moment sunglasses, lively dinnerware and clothing (I was the proud owner of a pair of menswear-inspired, white cotton pajamas edged in pink that I purchased from the newly opened Kate Spade store in Georgetown 25 or so years ago).

The Spades sold the business to the Neiman Marcus Group in 1999, but remained on until 2007 after the company was sold to Liz Claiborne. Kate Spade & Company was acquired in 2017 by Coach, Inc., which became the holding company Tapestry (it owns Coach and Stuart Weitzman).

She left the fashion world to raise her daughter, but I was hoping she was on her second act when she started a new accessories label called Francis Valentine in 2016.  The Francis Valentine heel was inspired by Buckminster Fuller’s geodesic dome, designed to be an intrinsically stable structure. How very Kate.

And how very sad that she died at 55. It’s hard not to think of that other famous handbag designer Judith Leiber, whose long career gave us so many over-the-top crystal-encrusted minaudières to remember her by.

Kate Spade was found dead in her NYC apartment June 5 of an apparent suicide.

Glam Up Your Bedtime Attire

The Wisdom of Travel Carry-On Bags