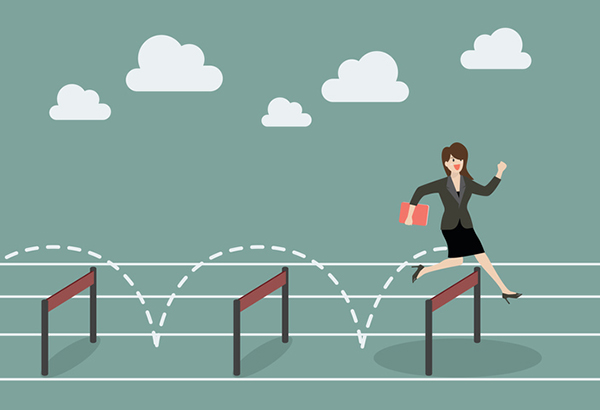 The Power of Overcoming Failure

English poet John Keats wrote, “Failure is, in a sense, the highway to success, inasmuch as every discovery of what is false leads us to seek earnestly after what is true, and every fresh experience points out some form of error which we shall afterward carefully avoid.” Not everyone looks at failure so philosophically.

Today, there are many pressures disguised as failure traps. Companies pressure employees to outperform and overextend in a scaled back work force. The pressure of dealing with childcare issues has been compounded with elder care issues. And, as more women succeed in corporate America and at running their own businesses, women frequently replace men as primary breadwinners. If one perceives they are ill-equipped to cope with all this stress, they may see themselves as failures. Thus, it is more important than ever to re-evaluate your thinking, give your values priority, and start overcoming failure.

When I think personally about failures, I always think back to an early incident when I thought I had truly failed. It is a perfect example of how I allowed someone else’s values to determine whether I would be a success or a failure.

During the era in which I grew up, women’s major career choices were to be a teacher, a nurse or an executive secretary. I had been urged to pursue the latter. My role model was Perry Mason’s secretary, Della Street, from the then popular mystery television show. I dreamed of working for a top executive in New York City after graduating from high school, so I took classes in typing and shorthand—the two major skills required at that time. Typing class went very well; I tested well over 100 words per minute. Somehow, that skill came naturally. Shorthand, however, was another story. Miss Wenstrom was my shorthand teacher and her minimum standards required that I not only take shorthand at 120 words per minute but that be able to transcribe those weird little squiggles into meaningful words in a document. It was a feat I could never quite accomplish.

Miss Wenstrom had a commanding presence. She stood about five foot ten, was large boned, and walked firmly with a confident stride. She always wore tailored, expensive-looking suits, flowery perfume and very little jewelry. She wore just enough makeup to embellish the natural blush on her high-boned cheeks and to complete the arch of her stern, peaked brows. Her long grey hair was piled neatly on top of her head and each month she enhanced the grey by dying it with bluing agent.

I was not a favorite student of Miss Wenstrom because I just couldn’t seem to get past 80 words per minute in shorthand. It should have been no surprise that when I was called to her office for a personal conference before graduation, her predictions for my future were not the brightest. However, I hardly expected the dismal message she delivered.

“Bette, you will never be a secretary,” she said matter-of-factly and pointing her finger at me for emphasis. To prove it, she gave me a “D” for my final grade. To me, it may as well have been an “F.” I had certainly failed. My skills were tarnished; I didn’t make the grade. My dreams were shattered and most of all, I believed Miss Wenstrom.

After graduation, I went to New York as planned. There I met a young man who was a chemical engineer for a major Corporation. He suggested I apply for a job there. Dressed like Della Street, I headed for 42nd Street in New York City to the personnel offices of this giant corporation and applied for a clerk typist position. After all, I wasn’t qualified to be a secretary and I certainly couldn’t risk failing the shorthand test. I was hired and placed in the district sales office for the Chemicals Division.

There I did a fine job at a variety of somewhat unchallenging tasks. Then one day the sales manager’s secretary was out sick and he needed someone to take dictation. He was desperate. “Doesn’t anyone else in this office know how to take shorthand?” he asked with frustration. Rather sheepishly I replied, “I do. But I can’t take it too fast.” Since no one else volunteered, he called me into his office and began to dictate.

I learned the most amazing thing that day—not everyone speaks at 120 words a minute. Not only did I get all of his dictation, I completed the task in a timely and quality manner.  Soon, I was being asked to take dictation by others in the office and eventually I began to start overcoming failure.

One block away from my office was the Airline Building. I had always been fascinated with the airlines and I began to think, if I could actually take shorthand, maybe I could get hired as a secretary in the airline industry. One day during lunch hour I decided to give it a try. The position I applied for was secretary/receptionist at a major airline. The personnel director called me to his office after I had completed all of the tests. You guessed it. I failed the shorthand test. “I’m going to hire you anyway,” he said, confiding that my all-around skills compensated for my low score on shorthand. I was thrilled.

Two weeks later I began my new job. Within a few months, the personnel director’s secretary left and I replaced her. By the end of the year, the vice president’s secretary decided to leave and he asked for me. Wow! There I was—less than two years out of high school, working in New York City as the executive secretary for the vice president of one of the country’s largest airlines—and, I wrote Miss Wenstrom a letter.

She never wrote back!

It didn’t matter. What mattered was overcoming failure and realizing very early in my career that other people’s values do not dictate my success or failure. Lest we get too filled with our own self-importance or believe that perfection is achievable, failures will always be a part of our life’s journey. It is how we are overcoming failure that strengthens our wisdom during the journey.

Today I can look back and see the great value of the early lessons learned. Eventually I became a columnist and feature writer for a Pulitzer prize-winning newspaper where I often used my shorthand skills. As an author, typing has undeniably been critical to my success. Yet, most of all it is the learning from moving forward, the building on early skills and believing in myself that has allowed me to have incredible personal and professional experiences that have provided me with a highly fulfilling and successful life. So, when you think you’ve failed, think again.  It just may be the best gift you’ve ever been given—as long as you believe in yourself and learn from it. 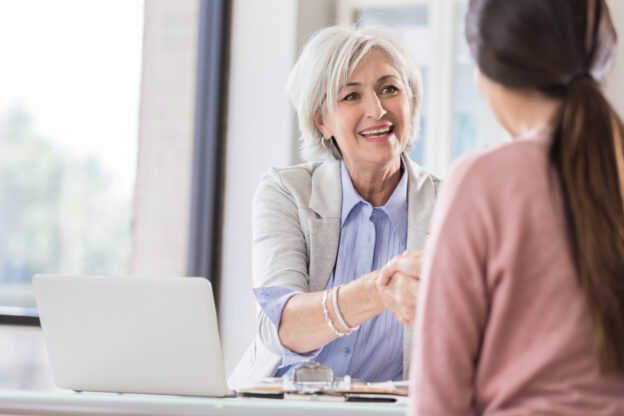 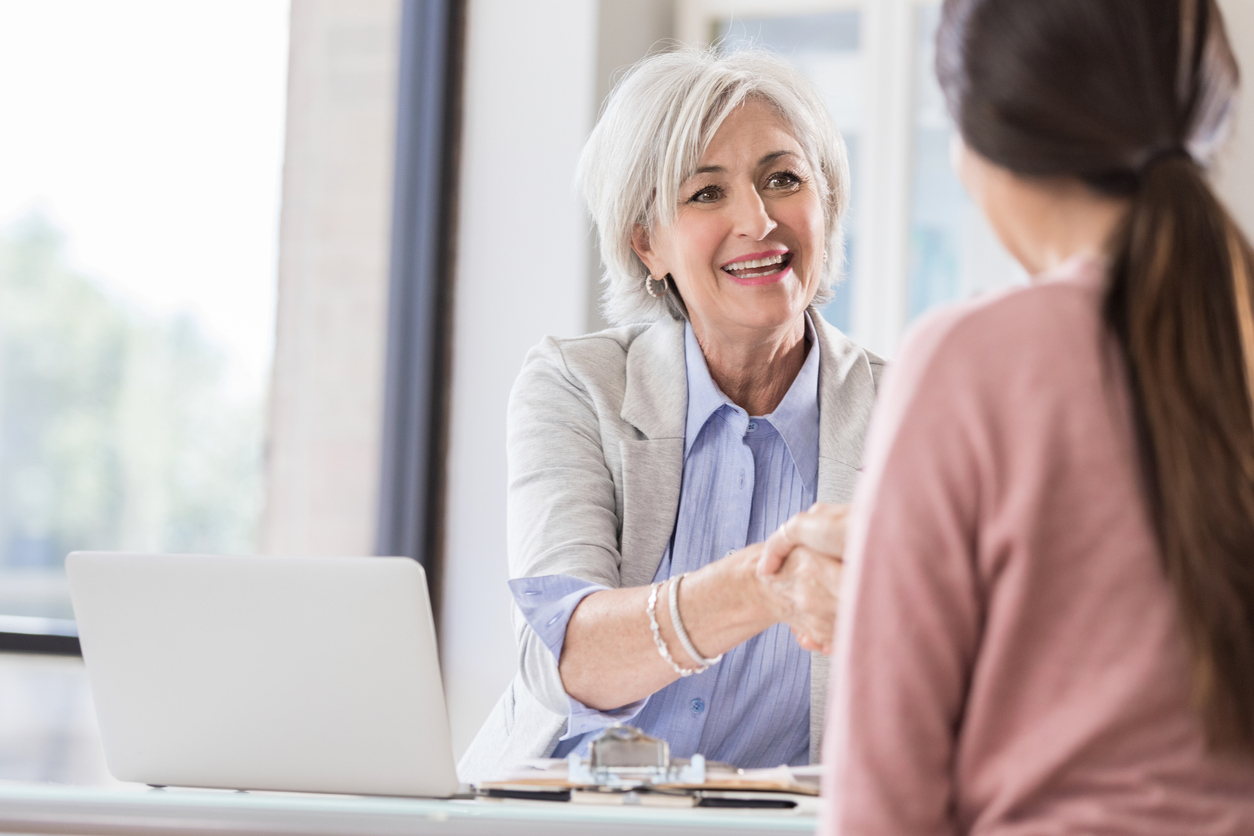 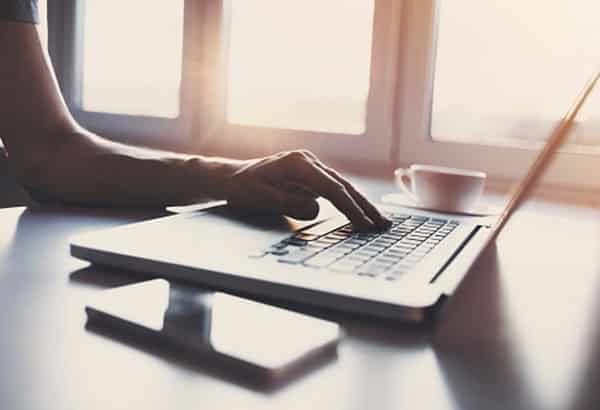