I Want the New York Times on My Payroll

I Want The New York Times On My Payroll

You see, the New York Times performs this nifty little service. It’s called Corrections. Every day, including Sunday, the paper lists the mistakes it has made and then corrects them…right there, right then, in print. Journalists employed by The NY Times spend their professional time every day of the week identifying people in their pages who have been poorly referenced or just misidentified. If they find such a person…presto! If it wasn’t quite right, they change it…they make a correction…right there in the pages of the New York Times for everyone to see. 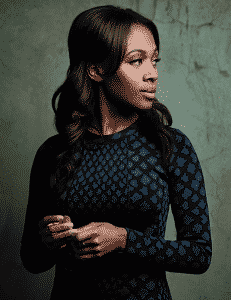 The Corrections Department creates written corrections and then prints them. Here is an edited excerpt from the September 28, 2014, New York Times, Corrections column:

”…actress Nicole Beharie of the TV show ‘Sleepy Hollow ‘…. plays policewoman Abbie Mills on the show. (She) is a star of ‘Sleepy Hollow’ – not a sidekick as previously reported. “

Hmmm… a star and not a sidekick…is that worth a correction? Clearly Nicole Beharie and the New York Times thought it was worth a hasty redo. After all, who wants to be called a sidekick when you are a star?

There is a definite difference in stature between star and sidekick. A lot of work and accomplishment separates those two labels. Way to go, Nicole. You’re a star!

On September 28th, Jack White was called Mr. Black in the NYT. This error is funny because the two names are on the complete opposite sides of the color spectrum, but not funny because Jack White is not Jack Black. 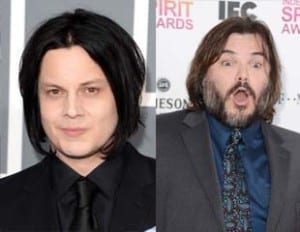 Would anyone want to be known as the overweight, kinda funny looking actor Jack Black…unless, of course, he is Jack Black? The front man, Jack White, for the wildly popular White Stripes band was due a correction. He got it a week later. Way to go, Jack White. You are not Jack Black!

There is no NY Times journalist on duty to correct the misnomers and mistakes that are made about us mere mortals while we are at work. Oh, darn!

Personal labeling errors happen for celebrities and they happen for us in the world of business, too. Last week, I watched a CEO introduce the company’s female CFO to a room full of analysts as “the hardest working woman on his staff.” That introduction was the business version of “sidekick” when it coulda, shoulda been “star”.

Where is that Corrections Department when we need them? 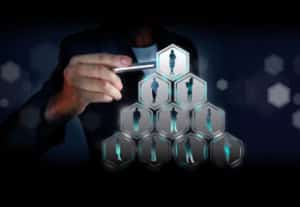 As a Coach to some of the most successful people in business, I know how aware the highly successful are of their reputations and accomplishments. It’s a career success requirement. They have staff. They have consultants. They have coaches to help them along on this. For these captains of industry and the mere mortals working alongside them, being known for the wrong thing is damaging to one’s reputation and prospects. This is true regardless of any mortal’s level within the pecking order at work.

The COO of one of the world’s largest companies told me she was known everywhere as a person “who gets stuff done…copious amounts of stuff, the workhorse who gets the operational details right.” She painted herself as a very elevated administrative assistant and not the operational powerhouse she truly is. YIKES! Right there and then, I became her Corrections Department. I told her what I heard and we scripted the far more accurate phrase “operational powerhouse” along with a few variations on that theme.

It is not unusual to be mislabeled or mischaracterized in the world of work. It has happened to most of us. We have been introduced by a coworker incorrectly or by a well-loved mentor, not as we are today, but as we were when we first met. And, surprisingly, we sometimes do it to ourselves. We persist in talking about ourselves in ways that even the journalists at the New York Times would cringe and holler, “They’re due a correction!”

It’s All on Me

I love this idea of having a resource available to correct the occasions when I am mislabeled, slighted, or just misnamed. I want my own Corrections staff working on my behalf. I want it for me and I want it for you. Until that Corrections Department staff shows up in my office, there will have to be a substitute, however. That substitute will have to be me. I will be managing my own reputation, my own street cred. I’ll go on correcting any misnomers and misidentifications myself.

Now what about you?

When there’s no one available from your corrections department to manage your reputation, credentials, and positioning…it will have to be you. What will you say?