Keeping the Faith: How Businesses Succeed with Christian Values

Keeping the Faith: How Businesses Succeed with Christian Values 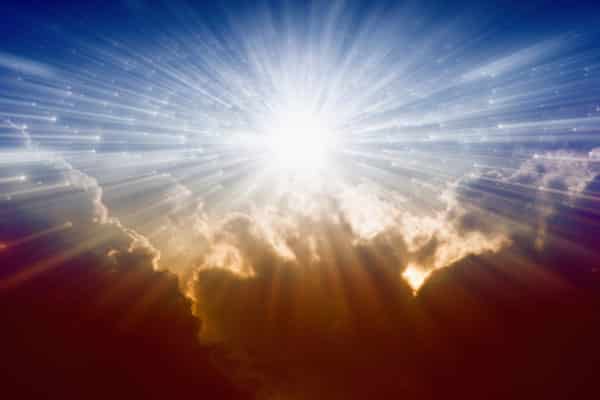 Our PRiME Women partner from across the Pond sent an article that appeared this past Sunday in the business section of London’s prestigious The Times, titled Praise the Lord and Keep the Faith in Start-ups! Remarkable, really, that The Times would publish an article on business and the Christian faith in their Sunday business section when you consider church membership in Great Britain has dropped to an all time low of 10.3%.

Nonetheless, Luke Johnson, author of the article, was inspired to ask if it was possible to be a good Christian and a successful entrepreneur, after reading a new book titled A Voice to be Heard, by Kina Robertshaw and Richard Higginson (to be published in July 2017). Kina Robertshaw, a former retail entrepreneur from Zambia and now a curate in Hereford diocese, has interviewed 50 Christian entrepreneurs on keeping the faith in the U.K., discovering what motivates, frustrates, challenges them and brings them joy. She and Richard Higginson, Director of Faith in Business, have worked together in analysing this material and have now written the co-authored book,

In his article, Johnson quotes Ecclesiastes 9:10, “Whatsoever thy hand findeth to do, do it with thy might; for there is no work, nor device, nor knowledge, nor wisdom, in the grave, whither thou goest,” proving the Bible explicitly encourages believers to exploit their talents, which must surely include the ability to found and run a business and keep the faith while doing it.

“Most of the more impressive entrepreneurs I’ve known, whether religious or not, don’t really do it for the money. They build businesses to provide the world with their products and services, to generate jobs and taxes, to contribute productively to society, and to make full use of their God-given abilities. A little like those who have a religious faith, entrepreneurs often see their work as a calling, rather than just work.”

Johnson also points out that there are plenty of examples from the Bible that criticize the accumulation of wealth for its own sake. He said Matthew, in particular, was not keen on Mammon: “It is easier for a camel to go through the eye of a needle than for a rich man to enter the kingdom of God.” (Matthew, 19:24). However, Matthew was not speaking. He was recording the words of Jesus and the interpretation from the context is not that the accumulation of wealth is wrong, but the value you place on it. “For where your treasure is, there your heart will be also.” (Matthew 6:21). It is a question of how you see your wealth. Do you see it as yours or money God has entrusted you to further His kingdom? The young, rich man Jesus was addressing, unfortunately, saw it as his.

Managing a business using strict Christian ethics isn’t easy, Johnson says. There can be no room for any of the deadly sins, such as pride, envy or greed. As a lifelong entrepreneur, I agree. It is not easy to always run your business using Christian practices. It is tempting to pay less tax by writing off expenses that aren’t allowed, or indulging in sharp practices to stay competitive; and it is easy to succumb to the power that owning a business can bring, especially a large one. Believing they did it “all on their own” may be the biggest trap an entrepreneur can fall into. They will then no longer possess one of the hallmarks of a Christian: humility.

Johnson uses Gary Grant as an example of a prominent U.K. Christian entrepreneur in his article. Grant is a toy retailer with more than 130 stores, one of the few such high street chains still in existence. Johnson says it is even more astonishing that they do not open on Sundays, because doing so does not accord with the owner’s religious beliefs. Grant also donates 10% of the company’s profits to charity, and they do not sell Halloween goods, because they prefer not to celebrate what they consider to be a pagan ritual connected with the occult.

A quote highlighted in this story in The Times that I found most remarkable was in regard to what might be considered the entrepreneurial capital of the world, Silicon Valley.

“Even in Silicon Valley, the church plays a big role: 43% of residents there belong to a religious institution, showing that there is a strong element of faith even in the centre of the technology industry.”

Johnson says most of the religious locals are Catholics or Evangelicals, but that there are also Hindus, Zen Buddhists and Jews. He goes on to say some of the idealism so prevalent across the tech start-up universe is influenced by the religious beliefs of many in Silicon Valley. I find that a remarkable statement, but would certainly like to believe it was true.

The last high-profile Christian entrepreneur that Johnson mentions is America’s David Green, the owner of arts and crafts retailer Hobby Lobby. Green is the sole proprietor or 520 superstores and is reputed to be worth more than $5 billion. He donates half the company’s pre-tax earnings to a number of evangelical ministries. He, too, shuts his shops on Sundays so staff can attend services, and Green keeps four chaplains on the payroll.

Green believes that it was faith, rather than strategy, and the power of prayer, that saved his business from bankruptcy in 1985, during a downturn. I know several Christian entrepreneurs who would say the same thing about their businesses surviving, including myself.

In closing, Johnson says, “I like doing business with religious entrepreneurs because they are generally honest and possess integrity. I admire the fact that they work towards a higher calling, not simply laying up treasures upon this earth, and, by being entrepreneurs, follow the Bible’s advice to ‘be fruitful and multiply’.” May it be said of all of us Christian entrepreneurs.

To find out more, read about entrepreneurs and leaving a legacy.