Mexican Bel Canto Tenor Only Third Since 1942 with Mid-Performance Encore:

Only three men have been allowed to sing an encore during regular opera performances at the Metropolitan Opera since the WWII era: Luciano Pavarotti in 1994, Juan Diego Florez in 2008 and Javier Camarena during multiple performances of “Don Pasquale” this past week. The Saturday matinee of March 12, 2016 was broadcast around the world to millions of listeners, and they were so happy that the audience prevailed in its demands for an encore. His voice thrilled all who heard while he sang the aria “Povero Ernesto” (Poor Ernesto) in the well-loved comic work by Gaetano Donizetti. 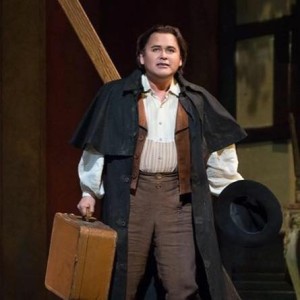 There was a time when all programs at the Metropolitan Opera proclaimed in bold print “Positively no encores allowed!” While encores are commonplace for concert musicians, they are incredibly uncommon for singers in the midst of an opera. The exception to that rule has been what is known as “The Slaves’ Chorus” from Verdi’s “Nabucco.” Even the Met’s super strict Music Director, Maestro James Levine, will yield to prolonged audience applause and demands to hear the Met Chorus repeat that famous piece (“Va, Pensiero”). It is incredibly beautiful, soulful and uplifting at the same time. Immensely popular. It is almost a tradition now that cries of “Encore! Encore!” after it is sung will result in a repeat of the hymn-like music. Not only at the Met is this practice observed, but in other opera houses as well.

Otherwise, the “Positively no encores allowed!” policy is rarely broken, even today anywhere in any opera house in the world. The reasons are many, but the primary one is financial. The long applause that demands the encore and then rewards it once the aria has been sung takes time. Add to this the minutes spent by the artist repeating the song. These extra minutes could throw the opera into overtime, and that is very, very expensive when you consider all the players involved from the opera stars, chorus, orchestra, stage hands all the way to the wig masters/mistresses and wardrobe masters/mistresses.

To be allowed to consider the audience’s pleas and demands for an encore, three people have to give their permission at the Metropolitan Opera. In the case of Mr. Camarena’s “Povero Ernesto,” Peter Gelb, the Met’s General Manager had to sign off as did the conductor, Maurizio Benini and finally, the artist upon whose stage time the encore encroached, Ambrosio Maestri, who sang the title role.

Mr. Gelb has final responsibility for keeping the entire Met within its annual budget. The orchestra’s conductor is charged with preserving an individual performance’s time, artistic and financial constraints. Asking Mr. Maestri’s permission, I suspect, is a matter of professional courtesy.

My husband and I heard and saw this beautiful production on Tuesday evening, March 15, 2016, and we will never forget the magic of hearing Mr. Camarena’s smooth and bright high D’s twice within a very short time frame, say 6-8 minutes. Javier Camarena didn’t have to strain his lovely lyrical tenor voice to reach the unimaginable height of D flat either time. Luciano Pavarotti was known as the King of High C’s, but Mr. Camarena trumps him by going one note higher in the octave to a D, no small feat. 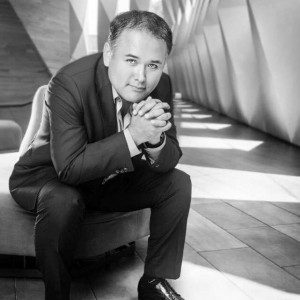 The two men could not be more physically different either. Pavarotti, before his death in 2007, was a huge man, above average both in height and girth. Camarena is short of stature, muscular and has an average waistline, but he is a giant when he sings.  He dazzled everyone on Tuesday evening with his wide smile and deep dimples, and he conquered us all with his round sweet voice. He is known as a bel canto tenor. Bel canto simply means beautiful singing, and this is what Mr. Javier Camarena delivers. This season’s final performance of “Don Pasquale” is March 18, and it is very likely that Messrs. Gelb, Benini, and Maestri will once again give Javier Camarena another chance to add to his historical totals of encores given.

Keep a watch out for Javier Camarena. He is in his prime, and he is about to be an international megastar. If you get a chance to see him in Don Pasquale or any other opera, I can promise you it will be an event you will never forget.