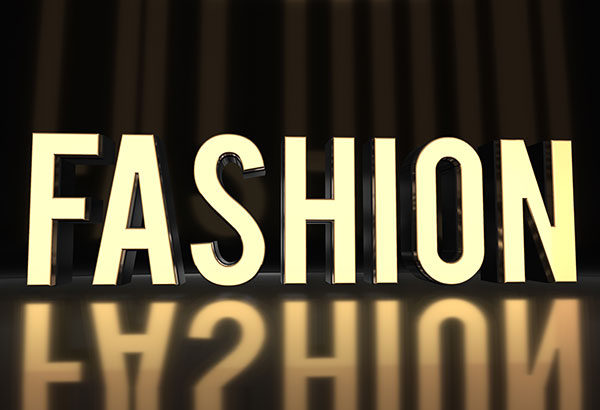 If you are even remotely interested in fashion, and probably even if you aren’t, you’ve no doubt heard about Fashion Week and its twice a year shows in New York, Paris, London and Milan. But do you know how Fashion Week came to be?

In 1943, Eleanor Lambert, a well-known fashion publicist, organized “Press Week.” With the Germans occupying France, it was an opportunity to show buyers and editors that American designers were not, as believed, reliant on French couture for their inspiration. The venture was successful, and more and more fashion magazines began noticing American fashion designers. The tradition continued, with shows at various locations, lofts, hotels, etc., until 1994, when the shows moved to a central location at Bryant Park. In 2010, Fashion Week in New York moved to Lincoln Park, where it remains today.

Paris began couture shows in 1945, but was further organized in 1973 under the French Fashion Federation. Milan began in 1958, and London Fashion Week was founded by the British Fashion Council in 1984.

Which brings us to this coming week. London Fashion Week launches on September 15th and runs through the 19th. This year, we are beyond excited to announce that Prime Women will be attending and reporting back to our readers via blog posts, Facebook, Instagram and Twitter – so make sure you are following us on those social networks!

Knowing not one single thing about HOW to go about attending Fashion Week led to quite the learning experience for me. First, one must seek accreditation as a member of the press, or international press, as is our case. This is handled through the London Fashion Week organizers, the British Fashion Council. Let me be honest here. When we received the email approving us as international press and telling us where to pick up our credentials, we may have done some happy-dancing until we got ahold of ourselves and put on our serious, international press faces.

Next, we reviewed the schedule of shows and presentations and selected the ones we wanted to see – and in particular, the ones we felt were relevant to our over 50 fashion readers. At that point, we contacted the PR companies for each designer with a ticket request for their shows. I can only assume that every human being with a fashion blog also sent requests, along with a number of celebrity-types. I pity the PR people who have to weed through the email and make decisions. And I’m not just saying that because I want them to pick us. Really.

Right now, we are on pins and needles awaiting the responses that arrive this week. We DO have confirmations from Edeline Lee, Markus Lupfer, Xiao Li and TOGA. Or at least it appears so. On our wish list were others like Roland Mouret, Margaret Howell, Peter Pilotto, Joseph, Mother of Pearl, Simone Rocha, Burberry, Globe-Trotter, DAKS, Emporio Armani and well, a whole slew of other talented designers. While we likely won’t receive invitations to all, we do hope to discover some exciting trends for spring and summer 2018 that we can share with our fashion over 50 fans.

And While We’re There

On the 19th, the closing evening of Fashion Week, Prime Women is hosting an exclusive cocktail party at Grace Belgravia, London’s leading health, wellbeing and lifestyle club. We have invited local subscribers, businesswomen, civic leaders and celebrities to raise a glass with us in celebration of each other and everything that makes life wonderful.

We are so excited to be hosting our inaugural Prime Women event and want to thank your generous sponsors – Veuve Clicquot, Harry Winston, Venice Simplon-Orient-Express, Winser London, Bacara Wealth, and of course, Grace Belgravia for allowing us to experience their beautiful space.

Keep an eye out for lots of photos and reports from all these events. We will also be touring the Designer Showrooms on Friday, so be watching for photos of that to come!