The Burning of Zozobra: A Unique Santa Fe Experience

The Burning of Zozobra: A Unique Santa Fe Experience 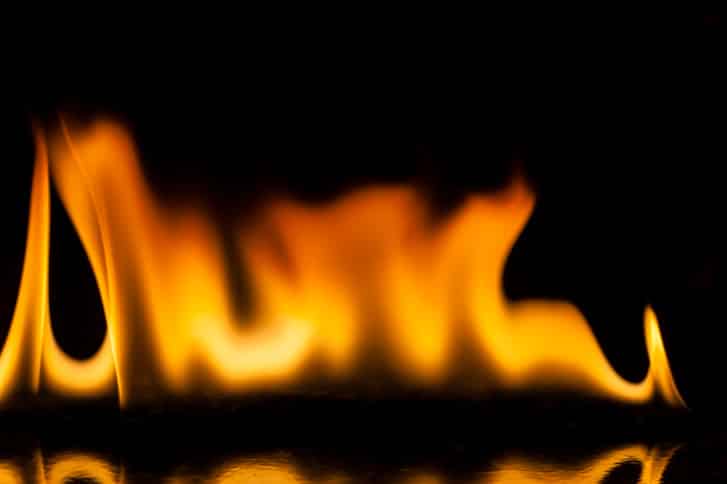 In all the years that I’ve visited the fabulous town of Santa Fe, I had never heard of the “Burning of Zozobra.” That was until last Labor Day weekend, when I was confronted with all manner of Zozobra posters, paintings, flyers, tchotchkes, and unending buzz about this odd celebration. So off I went about 8pm with thousands of Santa Feans and tourists down to the Fort Marcy Park, a few blocks from the Santa Fe Plaza downtown, to see what this Zozobra was all about. I did not realize that people, including children, had been at the park since early in the day to watch Zozobra being constructed. Food, drinks (no alcohol), music and an array of activities keep everyone occupied until the ceremony starts at twilight.

So who and what is Zozobra? 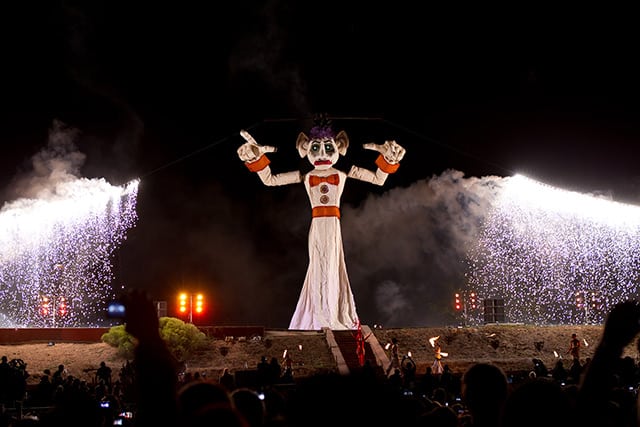 When I entered the park that evening, I saw a humongous hideous 50-foot marionette clothed in a white robe. I found out later that Zozobra is constructed of pre-cut sticks covered with chicken wire and yards of muslin and stuffed with shredded paper which includes obsolete police reports, paid off mortgage papers and even personal divorce papers – all manner of descriptions of anguish, anxiety and gloom. Zozobra means “The Gloomy One.” His burning takes all troubles away for another year.

Zozobra has been around since 1924, created by a local artist named Will Shuster. He assigned Zozobra to the Kiwanis Club of Santa Fe in 1964, and it has been a major fundraiser ever since. Will’s inspiration for Zozobra came from the Holy Week celebrations of the Yaqui Indians of Mexico, who constructed an effigy of Judas, filled it with firecrackers and burned it. It was initially a private fiesta for Will’s artist and writer friends.

At dusk the ceremony begins – Zozobra’s arms and head begin to move, and he begins this loud moaning and groaning. His eyes roll and become bright red, his head twists, his mouth gapes and chomps. His arms start flailing around. He looks very ominous.  Then 24 Santa Fe children draped in white sheets appear as “Gloomies” to dance around the feet of the effigy. While tom-toms thunder on huge kettledrums, the children are led by the Queen of Gloom. Then the Fire Dancers with torches appear and dance around the Zozobra. Zozobra’s groans become louder and louder. The torches then light the Zozobra and as he burns, fireworks explode all around. The crowd is cheering and in the end, we all walk away feeling that our troubles, bad luck, sorrows and unhappiness are gone.

Zozobra is the kickoff to the annual Fiestas de Santa Fe, always the first weekend in September following Labor Day. The cost of a ticket is $10. Would I go again? Absolutely, especially now that I understand more about the celebration. I would plan to get there early to be closer to the stage and festivities. It is harder to see from behind 20,000 people!

Fun Things to Do in Santa Fe, New Mexico

Get a Taste of Santa Fe