11 Anti-Aging Herbs and Spices: A Natural Way to Prevent Aging

Staying healthy and maintaining a youthful appearance as you age can quickly burn a hole in your wallet. Many methods to prevent aging, such as botox and cosmetic fillers, are expensive and provide only temporary results. However, traditional medicine has used natural herbs and spices for centuries, and they have proven to be powerful against age-related diseases and skincare concerns. So why not give them a try? Here are eleven natural, anti-aging herbs and spices to incorporate into your diet and skincare routine.

Basil is a staple in most kitchens and a popular herb used in many Italian dishes. While there are many basil varieties, the most popular type is sweet basil, commonly used in Western cooking. In Ayurvedic medicine, another form of basil, known as holy basil, plays a role in preventing age-related health conditions.

Holy basil contains adaptogens that boost the body’s ability to fight stress, a leading cause of premature aging. The adaptogens balance out cortisol levels, producing a calming effect on the mind and body. By managing our stress hormones, holy basil reduces the risk of stress-related conditions such as heart disease, diabetes, and dementia. Since stress also affects the skin, applying the herb topically can reduce inflammation and hyperpigmentation.

Basil can be used as a herb in food or teas, and its essential oil is a potent antidote to sickness and diarrhea. It is also an antispasmodic, so it can help relieve coughs, and research shows that it may be beneficial for people living with asthma. Basil essential oil can be used for migraines, promoting mental strength and clarity. 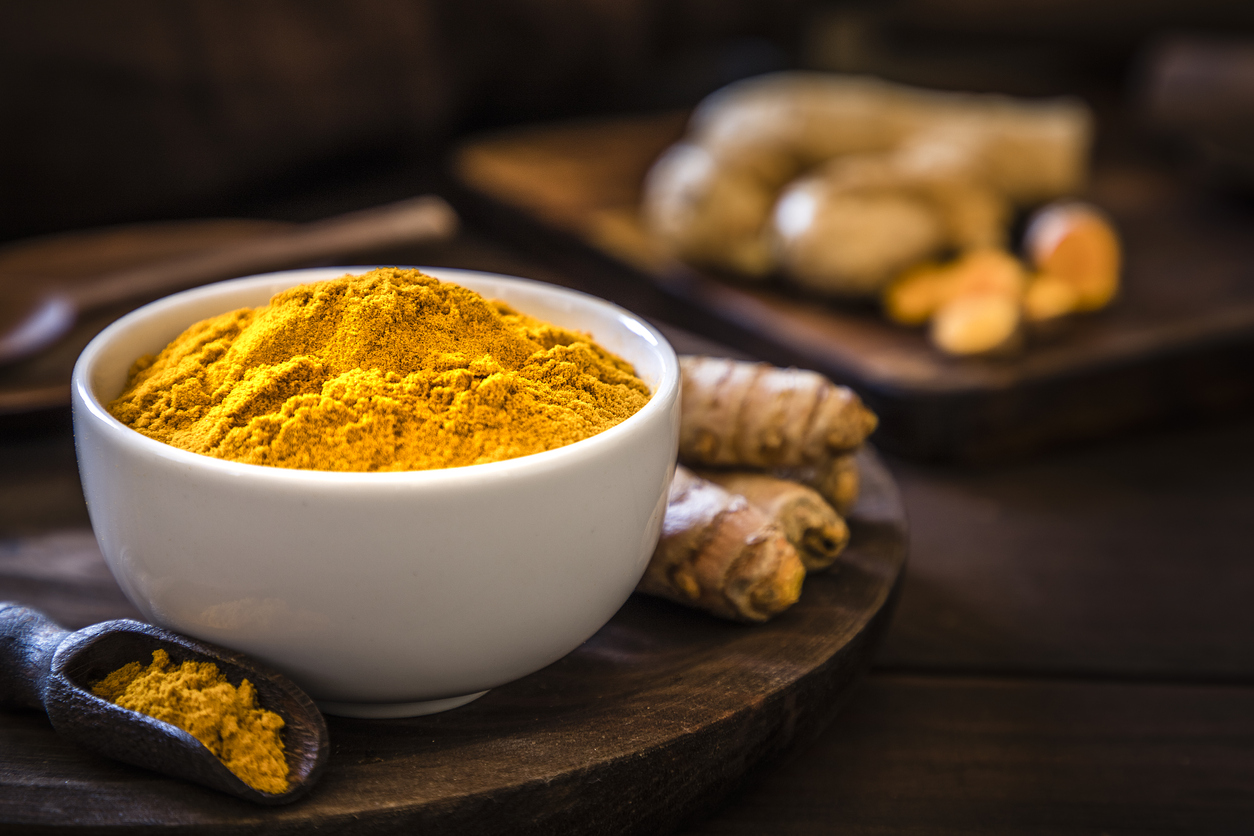 A primary spice used in Indian cuisine is turmeric, which gives curry its golden yellow color. Curcumin is the active ingredient in turmeric, and this compound provides turmeric its potent, anti-aging properties. A powerful antioxidant, the compound protects cells from free radicals that damage cells and lead to aging.

If you mix turmeric powder with a small amount of milk, the paste acts as a deep exfoliator to improve your skin’s appearance, even your skin tone, and visibly reduce pores. Used regularly, it can also tighten skin, reducing the appearance of fine lines and wrinkles.

Aside from the visible signs of aging, turmeric may prevent various health conditions that coincide with aging. Scientists in the UK are exploring ways to use curcumin as an eye drop to treat patients with early signs of glaucoma. Researchers are also exploring turmeric as a possible treatment that could help prevent or slow the spread of cancer.

If you dilute oregano essential oil in a carrier oil, it is safe to apply it topically to the skin. The oil contains a host of antioxidants and vitamins, which improves skin elasticity and produces a fresh glow.

Oregano oil may also speed up the healing of small scrapes and cuts due to its antibacterial properties. Researchers have also found that oregano oil mixed with a variety of other herbs and spices lowered glucose levels, which is promising in managing the symptoms of diabetes. 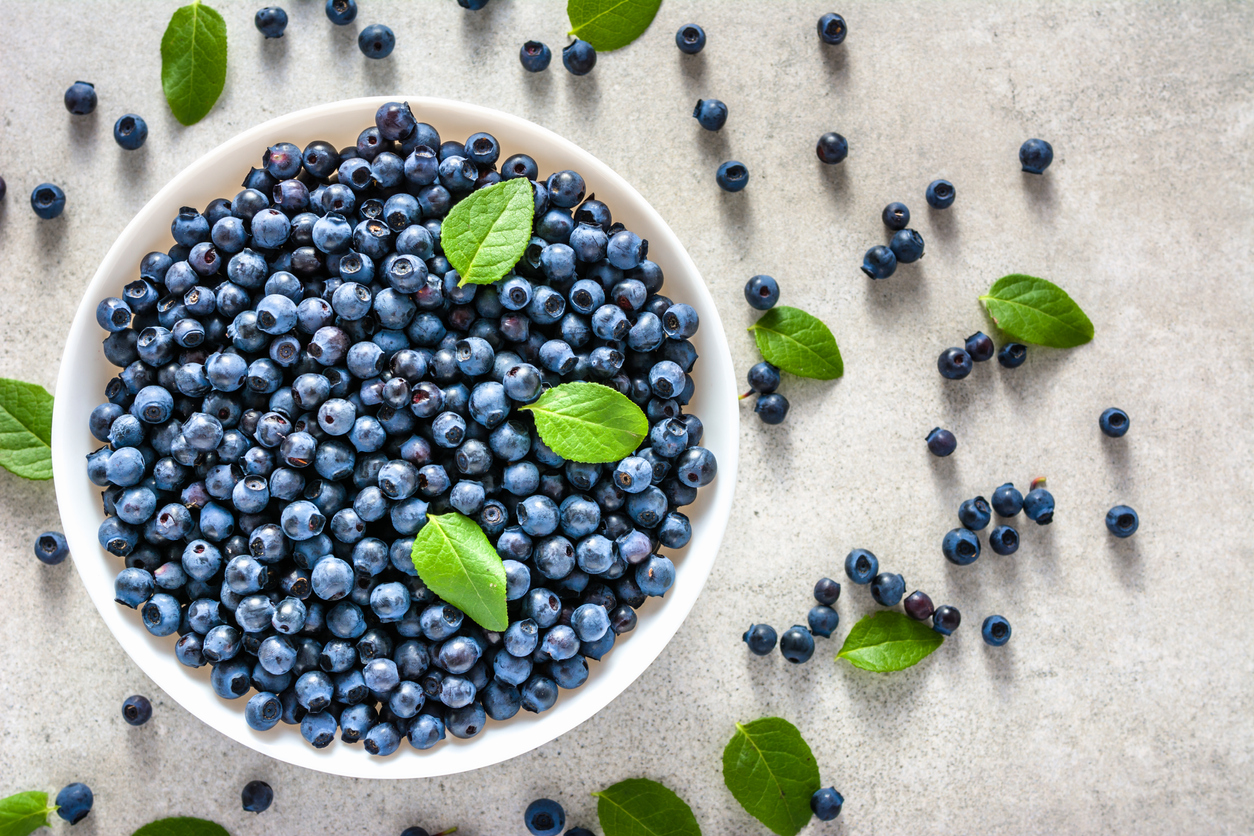 Bilberries are native to Europe and are known as blueberries outside of the US. Bilberry extract is a popular herbal supplement that contains chemicals known as anthocyanosides. These chemicals provide bilberries with their purple color and play a role in promoting eye health.

Studies have shown that bilberries may reduce the risk of cataracts and glaucoma due to their ability to strengthen blood vessels, shielding the eyes from retinal damage. The berries also increase blood flow and promote circulation, supplying extra oxygen to the skin. This boost of oxygen maintains skin elasticity and reduces the appearance of varicose veins.

Ginkgo biloba, more commonly referred to as ginkgo, is a tree native to the Chinese region. Traditionally, the plant’s seeds and leaves were used in Chinese medicine to treat respiratory ailments and improve cognitive performance. The two active components in ginkgo are flavonoids and terpenoids.

Flavonoids protect cells from damage and contribute to healthy, youthful skin. Applying ginkgo extract onto the skin acts as a barrier from UV damage, similar to the effects of sunscreen. The other active ingredient, terpenoid, increases blood circulation and may prevent blood clots, reducing the risk of heart attack or stroke. 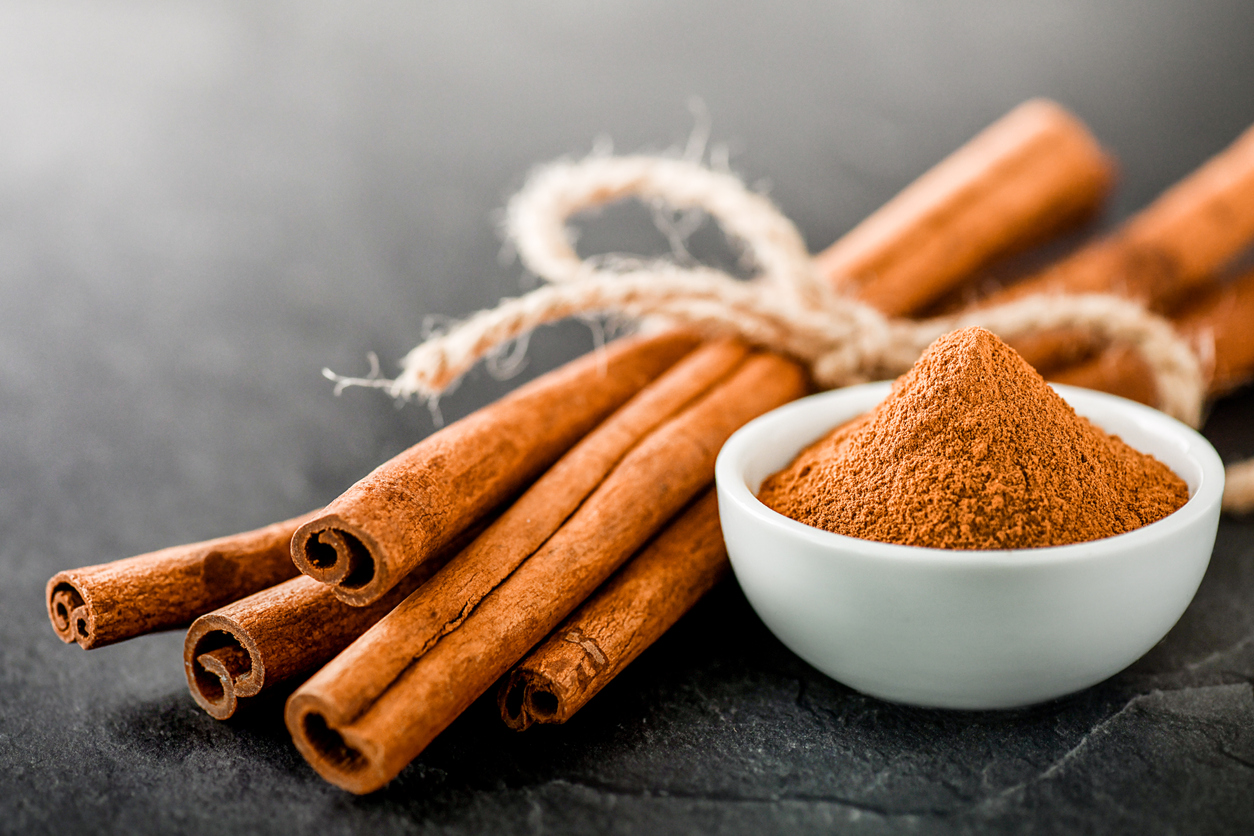 Cinnamon contains anti-inflammatory compounds that have been shown to help relieve pain. However, one of the most exciting benefits it gives us is the ability to help our bodies better deal with sugar. In fact, just a quarter of a teaspoon of cinnamon a day has been proven to reduce blood sugar levels. Cinnamon also has the ability to mimic the effects of a low-calorie diet and therefore slow signs of biological aging.

Research into cinnamon’s effects on cancer has been ongoing for many years. Two substances in particular — cinnamaldehyde and eugenol — have been shown to actively prevent cancer cells from spreading and growing. This is an exciting development for cancer research, particularly in colon cancer, lymphoma, and leukemia.

These antioxidant constituents are also markedly beneficial for skin health and appearance, and they enhance your body’s ability to heal and repair itself. There is also an intriguing chemical connection between your brain and the scent and taste of cinnamon. So much so that, in research, when people chewed cinnamon-flavored gum or simply smelled cinnamon, their cognitive ability was enhanced.

Cloves beat out all other spices when it comes to anti-aging properties since they boast the highest antioxidant levels. This means regular consumption of cloves is a good idea. You may be familiar with using clove oil for things like an anesthetic for toothache or gum pain, or a sore throat.

Allspice is a strong spice from Jamaica that has a complex and intriguing mix of flavors. It can help keep blood sugar levels under control by balancing circulating blood glucose, which helps inhibit the formation of AGEs (advanced glycation end products, which cause oxidative stress and inflammation in the body). If incorporated into a healthy diet, it also improves circulation, enhances mood, protects the gastrointestinal system, enhances healthy immune function, lowers blood pressure, and reduces chronic inflammation. Plus, it has pain-relieving qualities.

Allspice also has antibacterial and antifungal properties and is particularly potent in combatting unhealthy stomach bacteria (E. coli and Listeria monocytogenes, in particular). When added to foods, it can even deactivate harmful bacteria before they start to do damage. The presence of a variety of potent chemical compounds, including eugenol, tannins, and quercetin, makes allspice a potent antioxidant, too. And the high levels of vitamins A and C in the spice add to this antioxidant activity.

Allspice is also effective at relaxing blood vessels, allowing increased blood to flow through them. This reduces the strain on the heart and arteries and lowers the risk of atherosclerosis, strokes, and heart attacks.

A good night’s sleep is vital to your overall health, and research indicates adding marjoram to your diet may improve digestion, leading to better sleep. Benefit from marjoram’s relaxing properties by adding a couple of drops of it in essential oil form to a warm bath before going to bed. Marjoram oil has a nice warming effect on your body and improves circulation, which increases blood flow.

Marjoram can help clear coughs and excess phlegm and is effective at relieving the pain of arthritis and rheumatism. Research shows that marjoram oil also improves cognitive function and implies that it might help prevent debilitating neurological conditions like Alzheimer’s disease and dementia. Marjoram helps to stop the formation of excessive beta-amyloid plaques, which are linked with worsening Alzheimer’s.

Were you aware that inflammation is one of the key underlying causes of premature aging? Sage is an excellent anti-inflammatory, which means it helps counteract the problems caused by autoimmune diseases like rheumatoid arthritis and other inflammation-driven conditions like asthma. The anti-inflammatory qualities of sage also extend to preventing and improving gout symptoms and reducing inflammation of the cardiovascular system, thus potentially helping with high blood pressure and heart issues.

Sage is also recognized to strengthen the immune system, regulate digestion, strengthen bones, enhance brain function, and slow the onset of cognitive disorders. Even small amounts of sage can improve memory retention and recall abilities. Brain studies show that it increases the capacity for concentration, so it is perfect for anyone who wants to improve their focus.

Sage also has high levels of vitamin K, an important vitamin not found in many foods. Vitamin K is crucial for maintaining bone density as you get older. If you suffer from the early stages of osteoporosis (osteopenia) or live a sedentary, nutrient-poor lifestyle, it could help add sage to your diet to help with overall bone health.

Sage also contains a variety of chemicals that mimic the drugs typically prescribed for managing Type 2 diabetes. It seems to regulate and inhibit the release of stored glucose in the liver, preventing major fluctuations of blood sugar and either helping prevent the onset of Type 2 diabetes or help manage and improve the condition if it has already manifested.

Sage has a powerful flavor, but chewing on the leaves is one of the very best ways to get its oils into your system. If the taste is too much for you, know that it can also be used in small quantities to make a tincture or tea instead.

In Hamlet, Shakespeare writes “rosemary for remembrance,” clearly indicating that rosemary has been known for improving memory for a long, long time. Rosemary is often used in natural products, including supplements, as a preservative because of its strong antioxidant properties. In essential oil form, rosemary is extremely helpful in encouraging hair growth even when it has been lost due to excess testosterone, a condition that can affect women if they have hormonal imbalances.

Whether you’re trying to prevent age-related health complications or looking for ways to reverse visible signs of aging, anti-aging herbs and spices are a natural way to do the trick. So incorporate these herbs and spices into your lifestyle, and you’ll be well on your way to a healthy, vibrant life.

The One Anti-Aging Skincare Ingredient You May Be Overlooking

Alkaline Water: Is It Really Worth The Hype?

Everyone's Talking About 80 Day Obsession: Is it Right For You?

Should You Rethink the Seltzer Water?