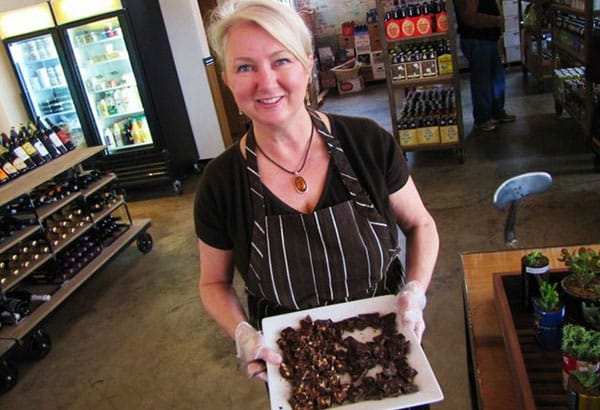 A joyful life requires balance. We need purpose and challenging work, yes, but also the mindfulness to take time to smell the roses, or, in the case of Dr. Sue Williams, taste the chocolates along the way. Williams is a practicing physician. She’s also an artisan chocolate maker, who in the last few years has built a thriving premium chocolate shop, Dr. Sue’s Chocolate, in her hours away from a demanding position at a busy hospital. Imagine that!

Raised on a farm in Abilene, Texas, Williams grew up with healthy foods, 4H, and horse shows. In college, she majored in agricultural science at Texas A&M University with dreams of becoming a county agricultural agent. When the time came to apply for a job after graduation, Williams was told point blank there was no place for a woman as an agent in Texas’ extension program; the most she could hope for was a home economist role. Because of her love of science, an uncle encouraged her to apply to medical school. She was turned away; ostensibly, it was too late to start over again in school.

Williams took another path for a time, which did not work out. At 29, she found herself divorced with an 18 month-old child. She applied to med school again. This time, U.T. Southwestern agreed to accept her in an initiative for “retreads,” people making a career change later in life. Completing the program was tough with a young child, especially with no family in town, but she succeeded.

Fast forward 20 years. Williams had a rewarding position as an internist at Baylor Hospital in Dallas. A hobby she enjoyed was making chocolate candy, which she shared with patients. Williams wasn’t an advocate of a diet based solely on sweets by any means, but her work often involved counseling on healthy eating. Talking about the benefits of savoring a small amount of chocolate and presenting a bit as a gift was a way to open dialogue with patients about an overall beneficial diet. Her candy, done in bark style loaded with nuts, dried fruit, and chili flavors, was so good people told her she should sell it. The seed of an idea was born.

Williams sought and won acceptance to a culinary school program and trained in commercial chocolate-making. She researched by tapping her local Small Business Association, reading Small Business for Dummies, and asking advice from the founders of companies she admired; then came up with a business plan. Rented spacing by the hour in a commercial catering kitchen, she began crafting chocolates with premium ingredients and pretty packaging.

Her first marketing cold call was to Eatzi’s, a Dallas-based specialty food store. “I’ll be forever grateful they gave me a chance,” Williams said in a recent interview. Whole Foods, other food stores, gift shops, wineries and an e-commerce chocolate shop followed. The time came when the catering kitchen no longer had room to accommodate her production. Making a leap of faith, Williams opened a brick-and-mortar chocolate shop in the Dallas suburb of Grapevine, where she makes chocolates and hosts classes and corporate events today.

All the while Williams had continued her medical work, with Dr. Sue’s Chocolate employees maintaining the chocolate shop. On off hours, Williams handles marketing to new outlets and vending at festivals and bazaars.

She doesn’t take a salary from the chocolate shop yet, preferring instead to offer employees better pay and donate a percentage of profits to charity. The joy of the chocolate shop provides balance in her life to what are sometimes hard days at work as a doctor. Ups and downs are a part of a full life. “Without difficult times, it’s hard to appreciate the good ones,’’ Williams said.

A message she would like to share with other women is not to let the opinions of others set your limits. “The first time, I was told I couldn’t go to med school because of my age – I was 22. When I was 29, the dean gave me a chance,” she said, reflecting. “Believe in yourself. It’s okay to be afraid. Successful people often get successful by failing first. There’s value in trying. You’ll sleep better at night if you chase your dream.”

The doctor has been on to something from the start. There’s new evidence chocolate has cardiovascular, nutritional and antidepressant benefits (in moderation, of course.) So does going for your dreams. 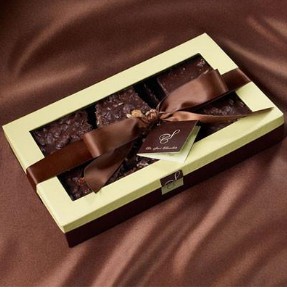 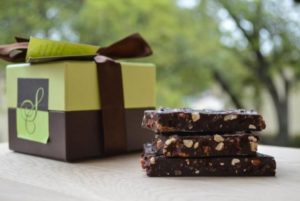