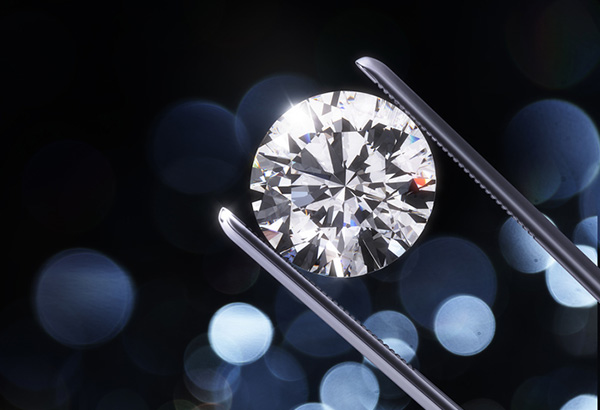 Throughout history, gold, silver and a variety of precious gemstones have been used to establish means of bartering for goods and services. Following DeBeers’ exceptionally successful influence in the early 1930s, diamonds simultaneously became the major investment gemstone and a girl’s best friend. However, the tide is turning…times are changing in the world of investment gemstones. White diamonds haven’t enjoyed the same increase in price as colored stones like rubies and tanzanite. But why invest in gemstones at all?

Economy and politics are fickle things and gemstones are welcomed as an alternative store of value for those wanting to diversify away from paper investments. Specialists argue that investors should expect to hold a stone for 10 years or more before seeing a sizable return on investment, as stones tend to go up at an average rate of 5% p.a. Tanzanite is especially rare as it is found in a small area of four by two kilometers at the foot of Mount Kilimanjaro in the Mayara Region of North Tanzania. The number of serendipitous natural events that created this beautiful stone 585 million years ago means that finding tanzanite anywhere else on earth is a thousand times less likely than finding a diamond. Furthermore, at the current rate of mining, it is estimated that the available supply will be entirely exhausted within the next 25 years. As a result, tanzanite has been dubbed the ‘gemstone of a generation’ because this generation will be the last with the privilege of buying from the primary market before supply is exhausted. Rubies are less rare, as they are mined all over the globe. However, for a very long time pigeon blood rubies were only available in Myanmar, and so Burmese rubies still enjoy a certain pedigree. Tanzania and Vietnam now also boast small quantities of the gem, but Myanmar’s long standing reputation protects Burmese pigeon blood rubies as the preferred option.

What is a pigeon blood ruby? Not at all gruesome, I assure you. The term pigeon blood refers simply to the brilliant red of stones mined from the Mogok region of Myanmar. This mountainous region north of Mandalay (affectionately known as The Valley of Rubies) is noted as the original source of the ruby. Despite the epithet, Mogok also produces a good number of high quality sapphire, spinel, peridot and moonstone. So why is Mogok so blessed? It all comes down to the chemical composition of the earth and the conditions of the climate. The incredibly rich cocktail of minerals infuses the earth with gem upon gem upon gem.

A particular ruby you should consider if looking for investment gemstones is the Star Ruby. Star Rubies are more rare and therefore much more valuable than the average ruby: only one out of every one hundred rubies mined is a Star Ruby. The stone exhibits a very distinct six-ray star that moves across the surface as light passes over it.

What to look for when choosing investment gemstones? The four ‘c’s’ are most famously associated with diamond grading but these basic guidelines apply to colored stones as well: carat, referring to the weight of the stone, cut, the quality of which is determined according to the proportions, symmetry and polish of the stone, color, the intensity of the hue, and clarity, how free the stone is from inclusions. Colored gemstones in particular call for an analysis of hue, depth and brilliancy.

Brilliancy refers to the light a stone reflects in one position under normal light conditions. This measure of sparkle is highly dependent on skilled cutting. Depth is the height of the stone divided by its minimum width. The ideal range sits between 60%-80%. Below this percentage, the stone is considered shallow. A shallow stone with a light tone will find it tricky to hold on to its color. On the other hand, a stone that has a dark tone, with a depth beyond this range might blackout. Hue is the gradation of color. Finally, all serious stones should be accompanied by the appropriate documentation, certifying the quality of the stone as well as that it has been sourced responsibly.

Investments that Sparkle and Shine

Those looking for investment gemstones need to have their wits about them as colored gem prices have jumped and slumped throughout history – this social luxury is subject to social change! To give an example of how fickle society can be, I turn to the history of the opal. 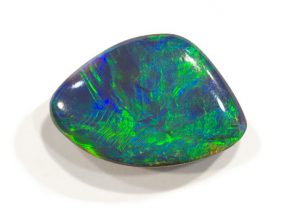 It was celebrated as the most precious of all stones by the ancient Romans, as it’s natural luster was considered a conflagration of all other precious stones combined. As well as being intensely beautiful, the opal was held to be lucky and to have powerful healing properties.

However, in 1829 Sir Walter Scott wrote Anne of Geierstein, in which the heroine dies after holy water comes into contact with the opal in her hair. Needless to say, Scott dismantled centuries of positive regard for the opal. Being somewhat the Kim Kardashian of his day, the public took heed of what they interpreted as a warning. The opal became unlucky and its value plummeted almost overnight. In the years since, the public has shed its superstitious skin and the opal is once again admired for it’s unique natural luster.

Investing in gemstones is a gamble, as is investing in any other commodity. However, if the prices crash, gorgeous stones will certainly retain their ability to stop people in their tracks…and can still be worn to the theatre. A share certificate does not sparkle so brightly!

This post was co-written by Alexandra Robson with Milka Sholaya. Milka is Head of Production at Augustine Jewels and graduated from Cambridge University. Alexandra’s bio is below.