Our generation of baby boomers is the wealthiest generation that the world has ever seen and because we love to dote on our grandchildren, we are spending big bucks on them. Whether it’s paying for private schools or expensive clothes, nothing is too good for our grandkids. That is equally true of travel. Planning a trip with a grandchild (sans parents) not only affords us the privilege of treating them to an expensive trip, but more importantly, it gives us an opportunity to spend one on one time with them creating a memory that will last forever.

Why eleven is the perfect age to travel with grankids.

“I have found eleven to be a good age for both my children and my grandchildren because they had had enough experiences in school to have a foundation for learning and for me to know them well enough to select activities that might stimulate their interest in travel, exploration, and learning. Perhaps just as important, they are not old enough to want to go their own way or have to have friends along for companionship.”

Plan a trip to appeal to their interests.

“In each case, I planned a trip to appeal to their interests and then to introduce them to special places that might fascinate them and open windows to the new and exciting. For the grandson, for example, we drove through Spain and France, staying in paradores in Spain. He delighted in exploring these castles, monasteries and palaces and sleeping in them. I introduced him to Don Quixote as we drove, and then we went to Toledo and let him purchase a sword so that when we went to La Mancha country in central Spain south of Madrid he could pretend to joust the windmills. And he was old enough to be interested in my introducing him to some of the paintings in the Prado Museum.” 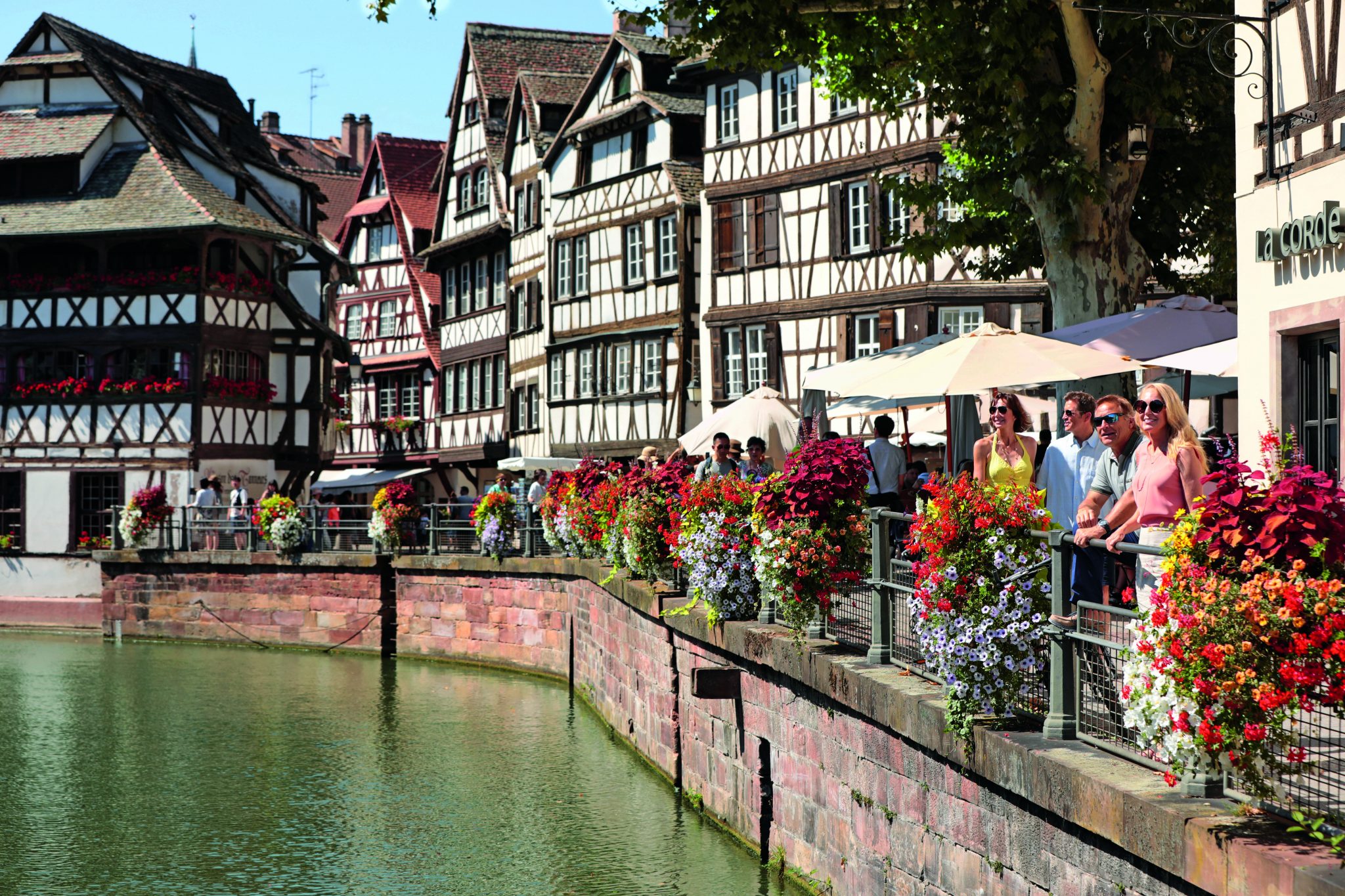 “When we crossed into France, we took him along the Normandy coast and let him explore among the pill boxes and bunkers remaining from the German fortifications. At the end of the trip, I asked him what he enjoyed the most – I could not have guessed his answer. I thought he would respond “climbing the Dune of Pilot,” the highest sand dune in Europe on the coast not far from Bordeaux, or perhaps the Eiffel Tower in Paris, but his answer was “The Bayeux Tapestry” in the Museum in Bayeux, France. He was fascinated by the story line.”

Encourage them to try new things, including the food!

“I planned a different trip for the granddaughter, taking her to Germany, the Czech Republic and Austria, visiting a concentration camp, a workshop making cuckoo clocks, and some of the locations around Salzburg where the Sound of Music was filmed, since she had seen the movie. And of course we included great cathedrals and spent time in the Louvre in Paris and other museums. We also introduced foods new to each of them. The granddaughter, for example, said she didn’t like asparagus, but when it was called spargle in Germany, she liked it. It helped, of course, that it was white asparagus and she knew asparagus to be green.

We also took her to Paris so that she and her brother would have one place in common and could share that experience. When I asked her what she had enjoyed most during the trip, her response was “the St. Vitus Cathedral in Prague.” She sat for a long time in a pew mesmerized by the beauty of the brilliant stained glass windows as the sun shone through them.”

“The secret is not to go to places that are too familiar, but rather to provide the thrill of discovery and new experiences. For wildlife, the Galapagos Islands or the Mexican Baja Peninsula and the Sea of Cortez are good choices. Europe and Greece are good choices for learning more about the western cultural heritage without a stark contrast with their experiences, as would be the case in going to Africa or Asia on their initial trip abroad. Too much time on the road or on a ship is not a good choice for a stimulating learning experience. Although a long cruise may be pleasurable for all parties, it does not provide experiences that will benefit their course work or provide them with different kinds of adventures each day.

Driving is best, so that you can stop and pick olives from an orchard and have a picnic lunch by a stream in route to the next town or city. This can also be achieved on the river trips in various countries, because they stop frequently in towns of interest — such as a Danube cruise, or a cruise through Germany on the Rhine, etc. Something similar can be achieved by traveling on small ships that circumnavigate islands, such as Iceland and Greenland, or islands in the Mediterranean, or perhaps along the coast of Norway because these small ships make frequent stops for explorations ashore.”

Both of Ruth’s grandchildren are now grown and involved in their careers, but she says one of the dividends of those early trips is that they still want to travel with them.

Look for more articles this year on our series, Grand Trips with Grandkids. Next month’s article will be on how to plan a trip to the Galapagos Islands with your grandchildren.