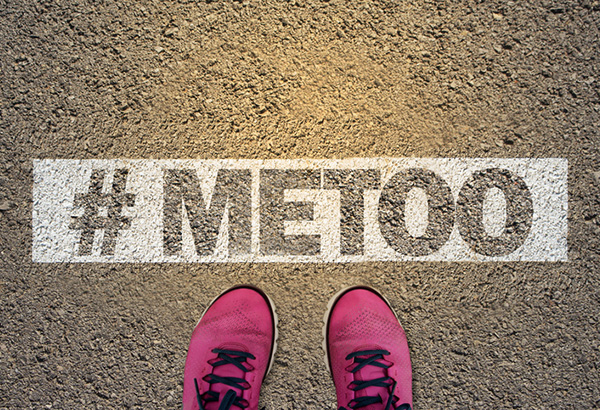 Where to #MeToo Movement?

At some time in our lives, though less frequently as we mature, most have endured sexual harassment. In some cases, it was major, dramatic and undeniable. In far more cases, it was just some demeaning thing that we used to consider part of the landscape–patting, put-downs, pornographic pictures, propositions. You sucked it up or laughed it off and wondered why you felt so shamed that you could not mention to anyone what was then seen as normal workplace behavior. Did we even think in those days that men who would treat us thus at work would ever think of us as adults worthy of a successful career?

It took until last year for this issue to fully enter public awareness. High level women in the movie industry in Hollywood bravely dared to point fingers at even more prominent men who had harassed them. Suddenly the silence was broken and the Me Too movement was born as thousands of women tweeted, marched, demonstrated and let the world now that they, too, had been victims of what we now know is illegal behavior. Some of us thought that, in the 21st century, harassment has become unacceptable as well as illegal. Unfortunately, this is not the case; with many men still behaving badly and words coming out of the White House that were both inappropriate and unexpected today.

For most women, the Me Too movement was very welcome and not a moment too soon. It could increase women’s comfort in the workplace and possibly open up more doors to women’s equality in careers. However, not everyone sees the Me Too movement as a good thing and it is not just males whose sexual playground is being disrupted who hold negative opinions.

Many feel that the movement only benefits rich, white women who already have enough power and resources to get into the frey. Poorer women and women of color, if they speak up at all, are taken less seriously and do not feel included. If #MeToo is seen as dominated by if not exclusively for a small, already privileged group, this will give those people who would happily dismiss the whole thing, the perfect excuse to do so. #MeToo and its successors needs to be and be seen to be inclusive of all women who have been or may be the victims of harassment.

Some men have been threatened or already harmed by the exposure of their misdeeds. Many more are now quite afraid either because they have done something in the past that could be brought to light or that something could come up in the future. The logical solution to this quite rational fear is to change behavior and always treat women as responsible adults in the workplace. However, people are not always logical, especially when they are afraid.

To insure that they will be perfectly blameless in the area of harassment, some men refuse lunches, business meetings or travel where they might be alone with a female colleague. Such behavior would undoubtedly reduce harassment. However, men’s fear of being unjustly accused could result in limiting opportunities for women to advance in any organization (most of them) where men still hold most of the power and make most of the decisions. It is the kind of blame-the-victim thinking that has led other societies to drape women in burqas and confine them in purdah.

Another criticism of the Me Too movement is that it is a mere publicity movement, generating a lot of noise and heat, but little action. As such it is likely to fade away as public attention moves on to other things, leaving little if any positive change. To forestall such an outcome, many women (hopefully not all white, rich and in the US) have moved beyond #MeToo to a new social movement #TimesUp. Although it is less than a year old, it has raised already over $20 million, acquired legal support and reached out to help any who have been harassed. This is the kind of action that can lead to permanent positive change.

As well as supporting action like #TimesUp, there are things that we as individuals can do to generate open and comfortable workplaces. First, we can refuse to be a victim. If something bothers us, we put a stop to it. If we can’t stop it or an organization signals overtly or implicitly that we are never going to get ahead, we can and should leave. There is a reason why so many women go out on their own. Finally, we remember that doing well is the best revenge. It may take time, but there is nothing like running into someone who once tried to put you down or abuse you when you have become more successful than he is.