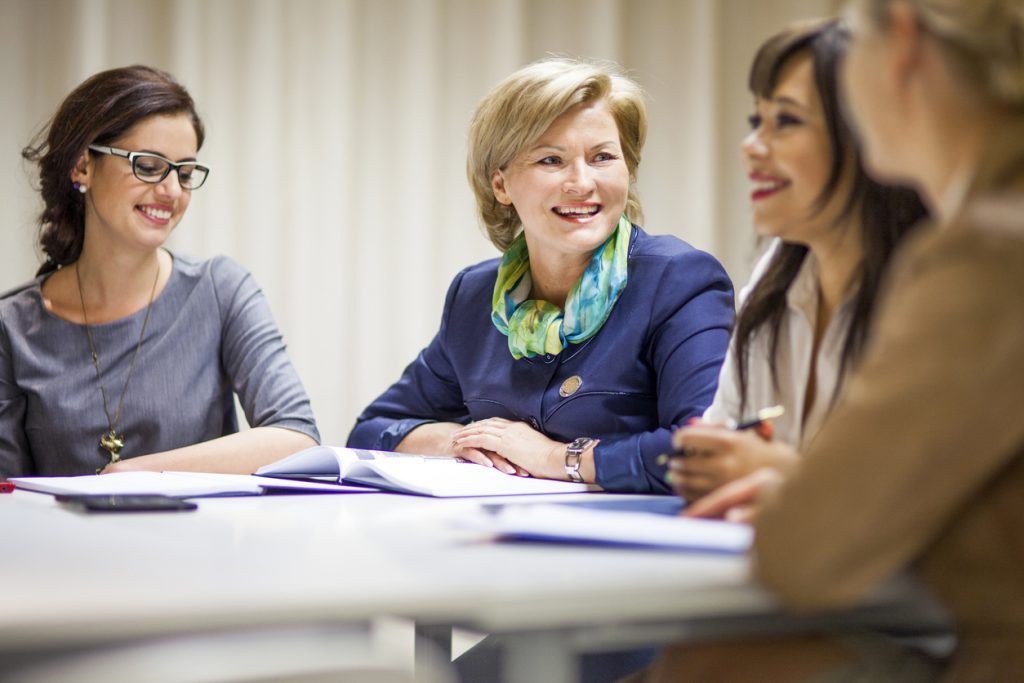 6 Ways to Overcome Ageism In the Marketplace

If you’re an older woman looking to transition to a new career or even switch to a new company, you will likely encounter ageism – discrimination directed toward older generations. Even though race discrimination is always at the forefront, age discrimination may actually be more prevalent when it comes to employment.

The  millennial generation, born around the early 80s to the late 90s, represents the largest identified demographic that ever existed; numbering even higher than the Baby Boomers. 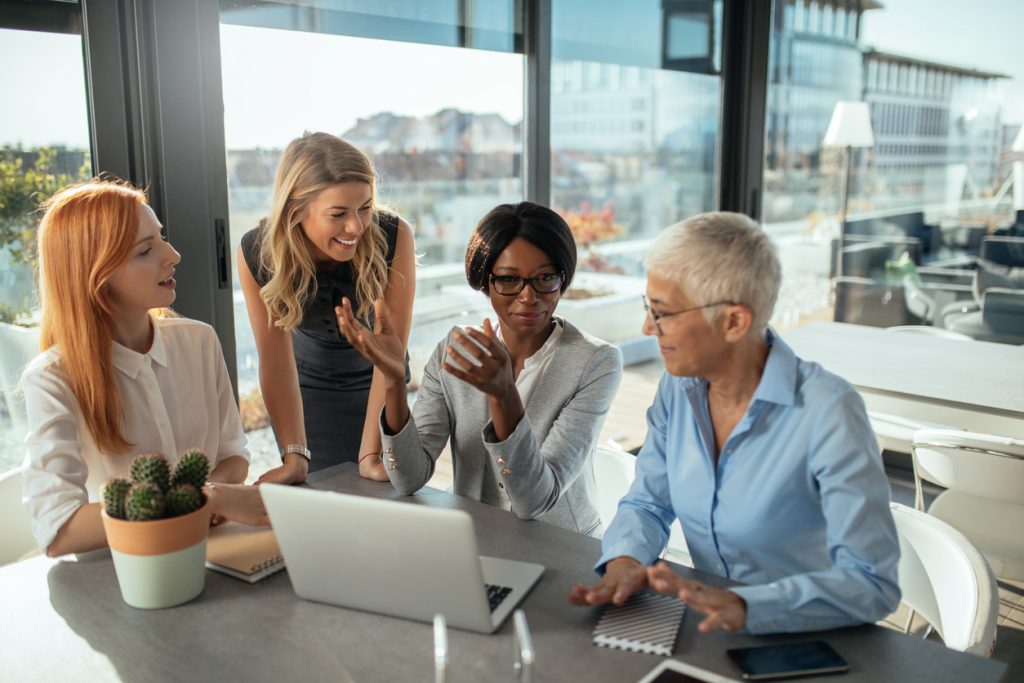 As such, the millennials are “everywhere.” This group has entered the workforce and taken the marketplace by storm. They have built startups from the ground up into super companies (e.g., Paypal, Blue Apron), disrupted major industries with innovative new ways of doing things (e.g., Uber, Lyft), and generally become masters of their universe, at least in their eyes.

The Duplicity of Modern Society

But while millennials tout freedom of expression and rail against race and gender discrimination, another kind of discrimination runs rampant. Millennials grew up in the information age. They never knew a time when we used carbon to copy credit card numbers for restaurant bills or used a typewriter to fill out forms. They weren’t there when Generation X—you—made the transition from the mechanical world to the digital world. It was women like you who learned how to file on a hard drive instead of organizing papers in a metal filing cabinet. You were there for the transition from 8-track tapes, to cassette tapes, to CDs, to digital tracks. You’ve owned a Walkman in all its many forms, and now you use iTunes or something similar to manage your music.

But often, it feels like millennials think they invented technology. They grew up with it, and they think that anyone who didn’t is a dinosaur. They think that if a person is as old as their parents, they couldn’t possibly understand how to do something like turn on a computer, let alone manipulate an image in Photoshop or send out an e-newsletter.

Of course, none of this is true of every single millennial. Just as none of this is true of every Gen Xer. There are plenty of millennials who don’t presume that Gen Xers are lost when it comes to technology. And there are plenty of Gen Xers who actually don’t know how to work a computer. But chances are if you’re an older woman, you’ve encountered ageism in some form or another in the marketplace.

The Problem With Ageism in the Marketplace

The problem with ageism in the marketplace is that it severely limits your opportunities. It hinders your chances of getting the job you want, or getting that promotion you’ve earned. Ageism affects how you’re treated, and it can go on to affect how you feel about yourself. Ageism hits your ego as well as your wallet, and that’s simply indefensible. The next time you believe you’re being discriminated against because of your age, try one or more of these tactics to overcome it.

1. Take Care of Yourself

Right or wrong, appearance does influence the way others perceive you. It’s important to take care of yourself anyway, but even more so if you’re to be seen as a capable employee in the marketplace. Make an effort to eat right, exercise and avoid vices that can cause you to look less than your best.

The worst thing you can do is to take on a defensive attitude when you experience ageism. As you probably know, this only makes you look bad – it doesn’t make you appear confident. If someone talks down to you, simply respond in an objective tone, letting them know that you’re fully versed on the topic. 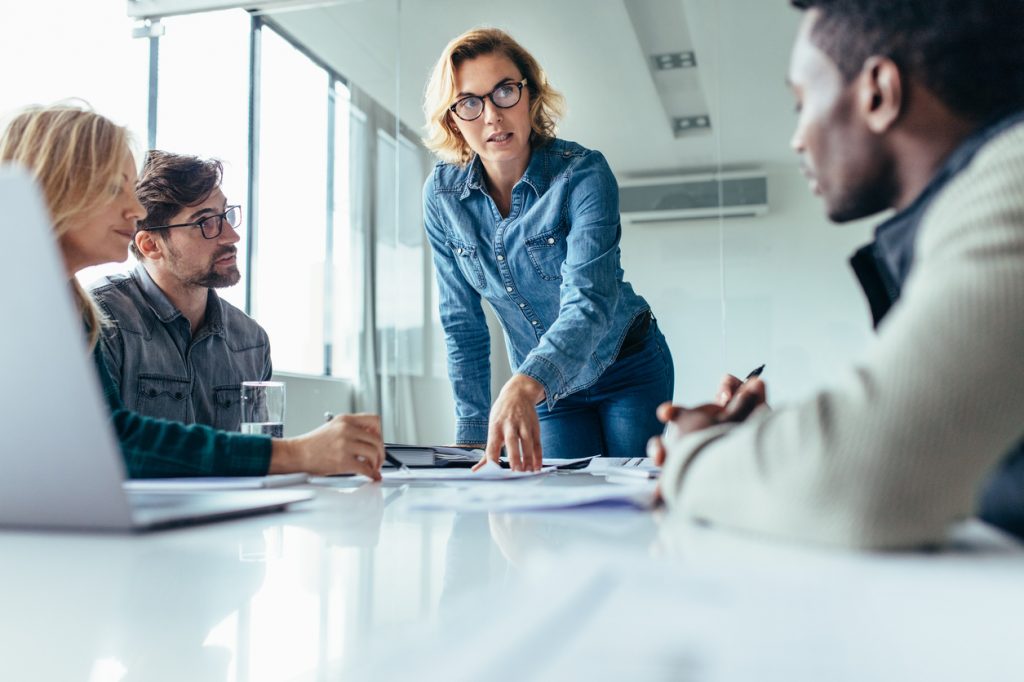 Never make long speeches about your abilities or let emotion take over. While this probably isn’t something you would do normally, it’s easy to feel angry or offended when ageism happens out of the blue.

If you’re in line for a promotion against someone younger and you suspect you might be a victim of ageism, this tactic could work in your favor. Surprise upper management with a special project or undertaking that they wouldn’t have expected to be within your capabilities. This could be new programming code to track metrics, or some other new way of doing something. This kind of tactic conveys your ability to change and grow right alongside your younger colleagues. It may also help them see you in a new light.

4. Don’t Be Guilty of Ageism Yourself

Ageism can go both ways. If you look down on younger generations as not being as experienced or worldly as you, you’re guilty, too. Strive to treat all your colleagues as individuals rather than putting them into a box according to their generation. It may be hard, since there definitely will be similarities among age groups. But if you wish to be regarded as an individual, you have to remember to do the same with other generations.

Sometimes a person makes a remark and it doesn’t hit you until you’re lying in bed that night that they were actually insulting you or making an assumption about your capabilities. This is particularly frustrating because you probably just sat there and nodded politely as the zinger went over your head. And, the time has long passed when you could have replied with something more appropriate.

To avoid this awful scenario, be in the moment. This doesn’t mean you have to always be on guard, looking for ageism. It just means you should really try to understand what co-workers and bosses are saying, and to discern why they might be acting as they do toward you. Being mindful is the single best way to nip ageism in the bud at work, as well as other places. Is a younger colleague always jumping to your “rescue” when it comes to doing the hard stuff, or handling office technology? Does your supervisor look around the table, pass you by and give important, tough projects to untested, younger staff members? These behaviors can eat away at your self-esteem. Worse, it can make you think that maybe you really are too old for this work. Be mindful and present so you can stop ageism before it stops you.

Finally, you can overcome ageism in the marketplace by being invaluable. Maintain your importance to the organization where you work. Be a key team player. If you’re transitioning to a new job or an entirely new career, offer key services that they have trouble finding elsewhere. If you are viewed and valued as an integral piece of the puzzle, your age will come to be seen as an asset rather than a liability. Even better, if the company needs to lay off people in the future, they’ll think twice about letting go someone as valuable as you.

Unfortunately, ageism in the marketplace is quite common. It’s hard enough to get past sexism; ageism creates a double whammy. But consider this: You’ve already come a long way and achieved so much as a woman. Are you going to let ageism sabotage the rest of your career? Just say no.

5 Habits That Help You Lose Fat